SEOUL (Reuters) – South Korean President Moon Jae-in said that it was too early to be pessimistic about stalled denuclearization dialogue between the United States and North Korea, and that inter-Korean cooperation could help ease the way for sanctions to be lifted. 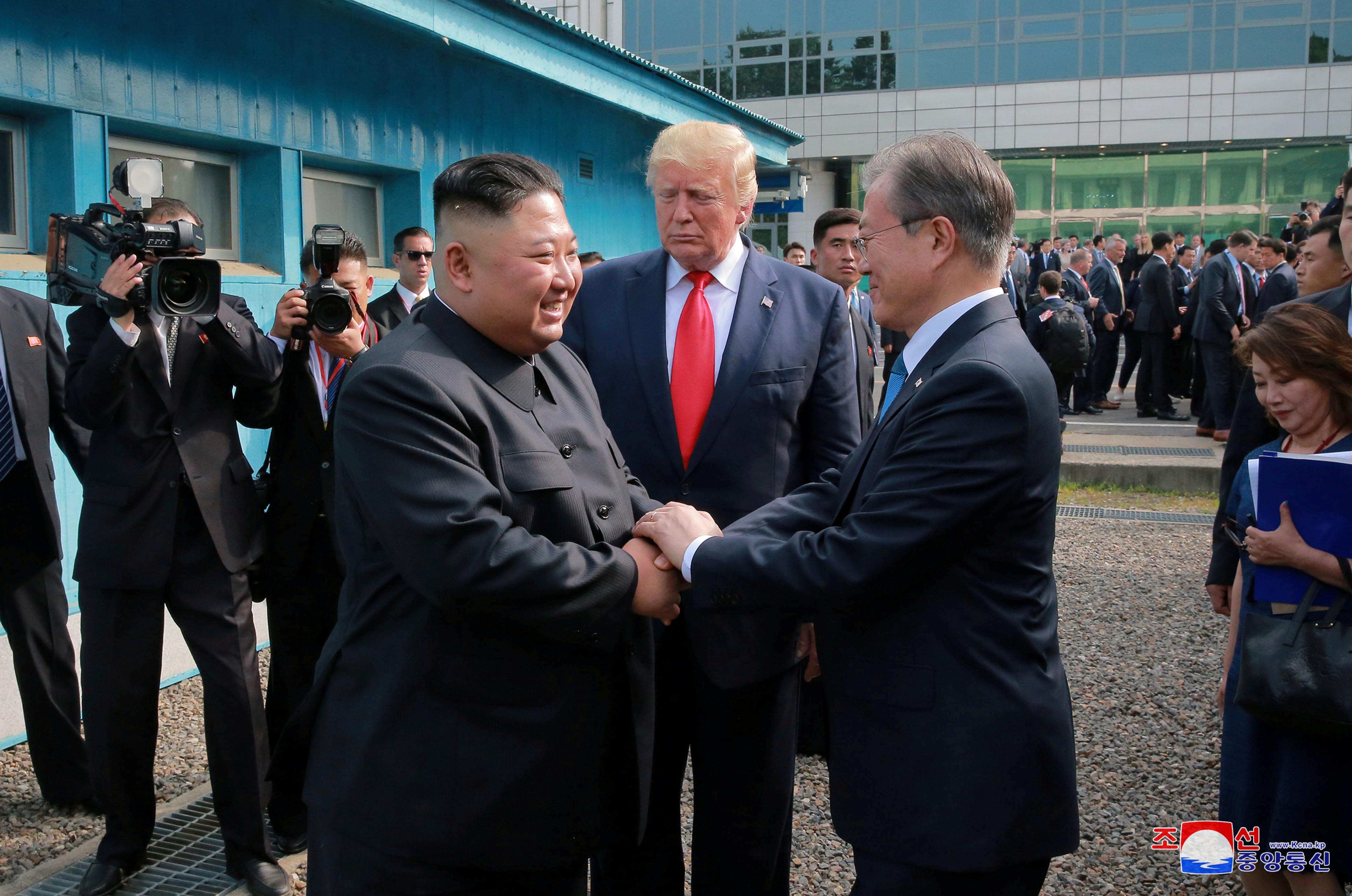 Despite hostile rhetoric from Pyongyang, North Korea has not shut the door to more talks, Moon told reporters at an annual New Year’s news conference on Tuesday.

“North Korea made clear that the door to dialogue is not closed by saying they will come back to talks only when their demands are accepted,” he said.

South Korea has been increasingly sidelined as talks between Washington and Pyongyang have stalled, with sanctions imposed over North Korea’s weapons programs dampening Moon’s bid to restart inter-Korean economic and cooperation efforts.

When asked by Reuters whether South Korea will seek to reopen exchanges with the North independently from the United States, Moon said there is a need to explore a “new idea” to foster a breakthrough in the stalemate.

“If we expand inter-Korean cooperation as much as possible, it will be able to not only expedite North Korea-U.S. dialogue, but also fetch international support for partial lifting or exemptions of sanctions if necessary,” he said.

Moon said there are steps that the two Koreas could take that aren’t blocked by the restrictions.

“First of all, we can cooperate on the border areas and we can resume individual tourism,” he said. “This can be carried out despite the ongoing international sanctions.”

The two Koreas could also organize a joint team for this year’s Summer Olympics in Tokyo, and seek to co-host the 2032 Olympics, Moon added.

In his New Year’s speech on Jan. 7, Moon said there was a “desperate need” for ways to improve ties with North Korea.

But North Korea has spent much of the last year criticizing Seoul as being beholden to the United States, and has said it plans to bulldoze the tourism complex that was once a rare example of cooperation between the Koreas.

White House national security adviser Robert O’Brien said the United States had reached out to North Korea seeking to resume talks, according to an interview published on Sunday by Axios.