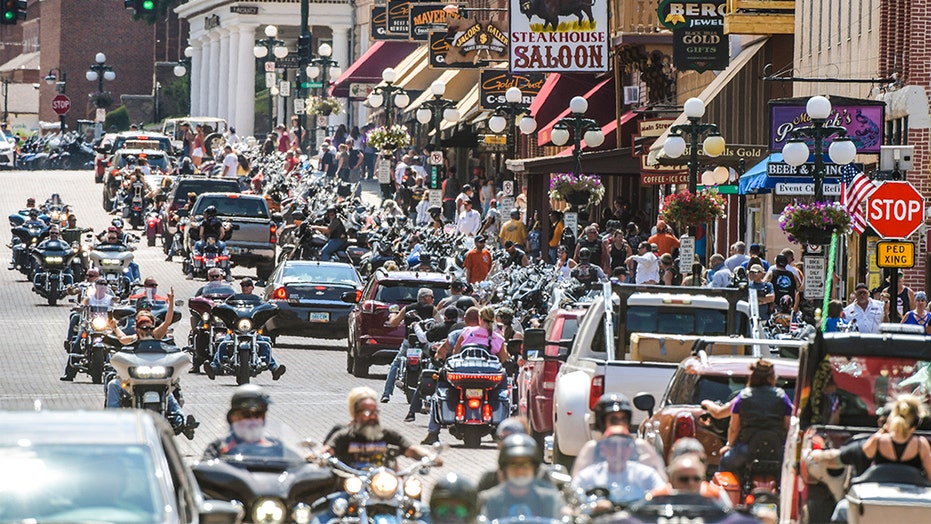 Coronavirus cases tied to this month's Sturgis motorcycle rally have crossed state lines and started appearing in Nebraska, according to health officials in the state on Thursday.

Panhandle health officials identified the rally as the point of exposure and said at least seven cases were "scattered throughout" the Panhandle region of the state, the Scottsbluff Star-Herald reported.

“These are actually people who live in our Panhandle Public Health District area and that we have investigated, who went to Sturgis, and that was the point of exposure,” said Paulette Schnell, Scotts Bluff County Health director. 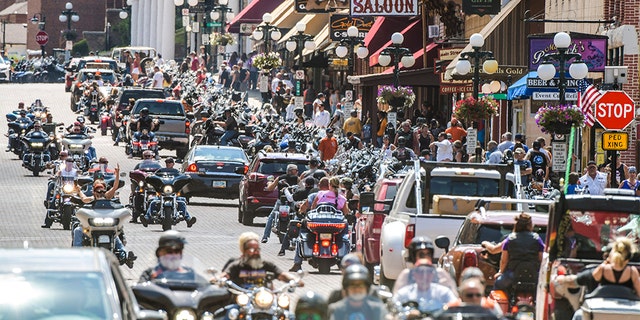 The Sturgis Motorcycle Rally this year drew more than 460,000 motorcyclists who descended upon the scarcely populated South Dakota city during the 10-day event, according to South Dakota transportation officials on Tuesday.

Health officials worry that many people heading back to their hometowns after the rally could make the virus hard to track. Cases involving two people had already been connected to the rally.

On Thursday, State Health officials announced that an employee of Asylum Tattoo Sturgis, located on Main Street in the city, had tested positive for COVID-19. The individual worked at the business from 10 a.m. to 2 a.m. every day from Aug. 13 to Aug. 18, where officials said they were able to transmit the virus to others.

The South Dakota Department of Health on Tuesday had previously warned that a person tested positive for the virus after visiting One-Eyed Jack's Saloon on Main Street from noon to 5:30 p.m. on Aug. 11 and was also able to pass the virus to others during that time period.

"Due to the risk of exposure, individuals that visited the business[s] during the specified dates and times should monitor for symptoms for 14 days after they visited," health officials said.

While traffic was down roughly eight percent from the previous year, the rally had nearly twice as many people than what officials originally expected.

Some people wore masks and some said they were avoiding crowds, while many others packed close together at bars and rock shows.

The mass gathering has raised concerns it could become an epicenter of infections and the city plans to conduct mass COVID-19 testing in an effort to catch outbreaks.

“That gathering was the largest gathering that occurred in the world since the pandemic began,” Panhandle Public Health Director Kim Engel told the paper. “It was a pretty significant event.”