Home » World News » Trevor Noah recaps presidential debate: ‘This is not good for the nation’

“The Daily Show” host Trevor Noah failed to see the comedy in Tuesday night’s first presidential debate, slamming the candidates and format for a messy affair long on cross-talk and petty insults, but short on guidance for American voters.

“What was that! What was that!” asked Noah in a video posted after the prime-time face-off between President Trump and Democratic challenger Joe Biden.

“If you missed the debate, I’m gonna give you a quick recap of what happened,” the funnyman said — before letting out a series of unintelligible yells.

The debate was marred by juvenile cheap shots and countless interruptions on the part of both candidates that left moderator Chris Wallace struggling to maintain control.

“Chris Wallace, thank you for your service and I hope that you have a lot of money for your therapy,” said Noah. “You made a valiant effort. But you were not ready for this. Because no human being could have been ready for this.

“They don’t need a moderator for this thing, they need a UFC ref.”

Noah pleaded with moderators of the upcoming debates to find a way to keep a leash on the candidates.

“You need to figure out how to handle Trump at a debate. Because this is not good for the nation,” he said. “It doesn’t work to just say, ‘Mr. President, please.’

“Give the next moderator a spray bottle just to spritz them anytime they interrupt,” he suggested. “I promise you, Trump will be quiet, because his hair turns into a gremlin if it gets wet.”

Noah also panned the format of the debate, which ran for 90 uninterrupted minutes.

“Whoever decided on this format needs to be fired,” he said. “Because I don’t know about you at home, but I have never — and I mean never — wanted to see a commercial break more badly in my life. I cannot do 90 straight minutes of this s–t ever again.

Noah additionally took aim at the lack of accountability when the candidates bent the truth.

“Debates need fact-checkers. Because otherwise people can just stand on the stage and say whatever they want and there are no consequences. Zero, nada, zilch,” he said. “Maybe a brick should come down on their side of the screen, y’know, like Tetris. And then as they lie, it’ll just gradually build up higher and higher until it covers their face.

“The best part for Trump is that five minutes into the debate, he’ll finally have his wall.” 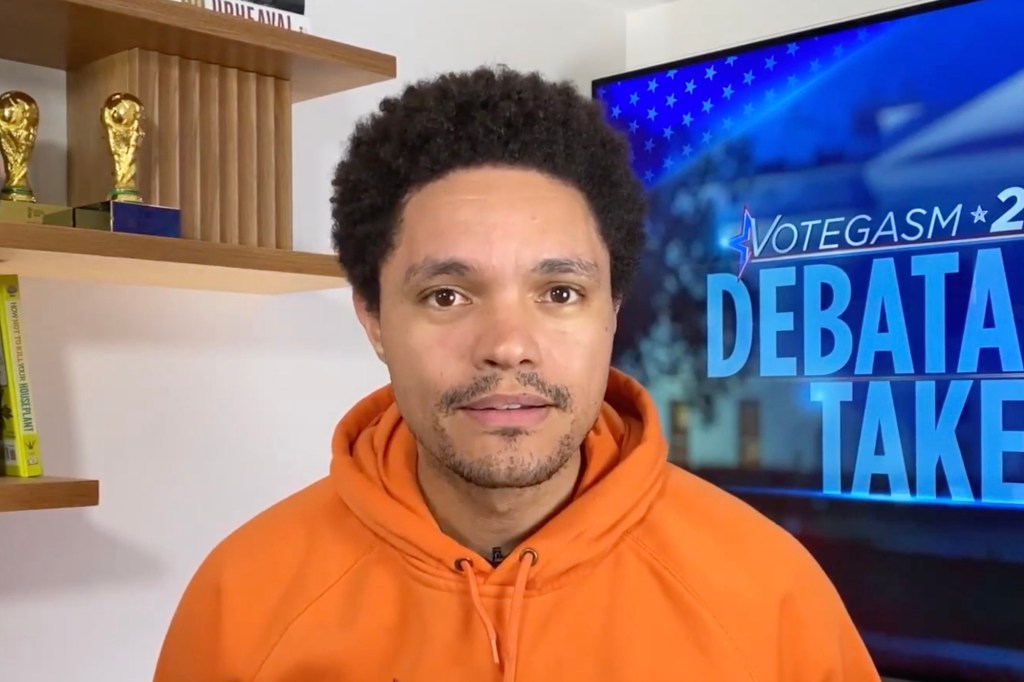 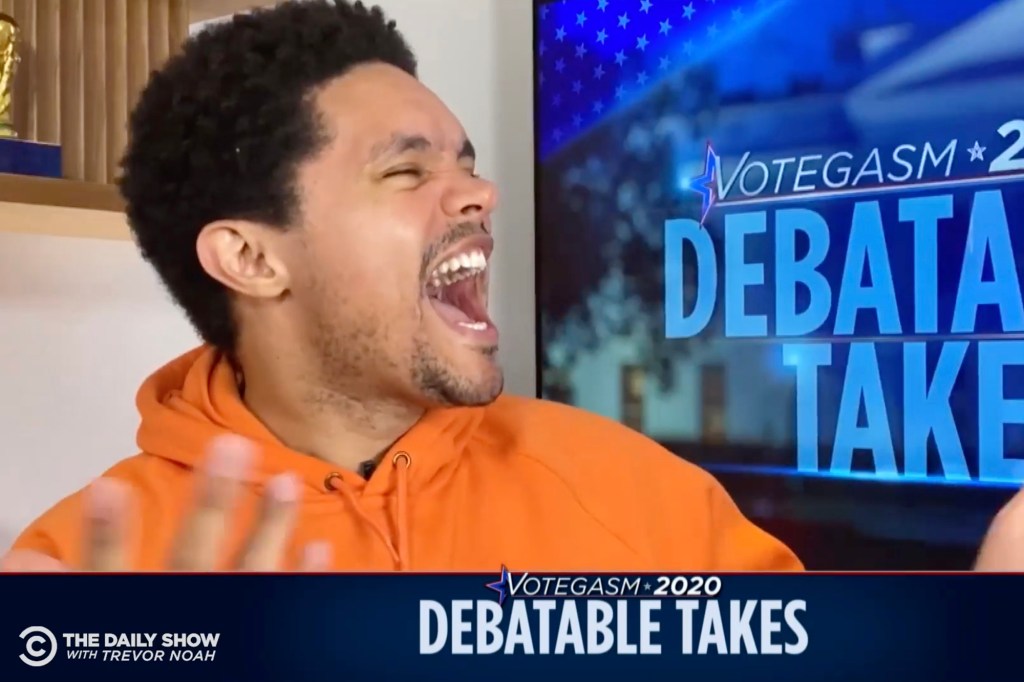