PRESIDENT Donald Trump has issued a stark warning to Iran, stating that an attack on the United States would be met with force "1,000 times greater in magnitude."

Trump made the claim in a tweet posted Monday evening, citing reports that Iran may be planning a retaliation to the killing of Qasem Soleimani by the U.S. back in January. 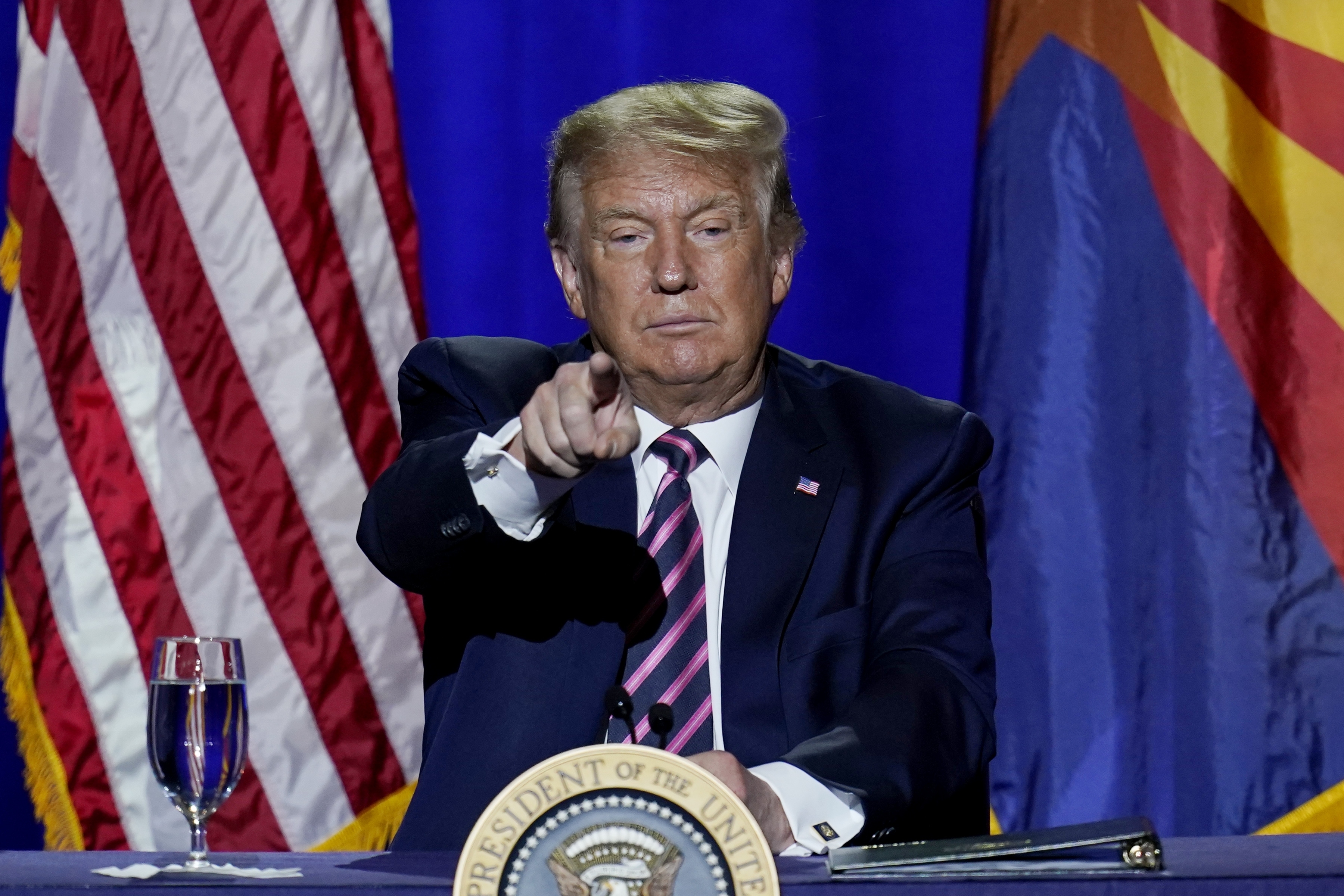 The president wrote: "Iran may be planning an assassination, or other attack, against the United States in retaliation for the killing of terrorist leader Soleimani, which was carried out for his planning a future attack, murdering U.S. Troops, and the death & suffering caused over so many years.

"Any attack by Iran, in any form, against the United States will be met with an attack on Iran that will be 1,000 times greater in magnitude!"

On Sunday, Politico reported that the Iranian government is weighing an assassination attempt against the American ambassador to South Africa, Lana Marks.

Citing U.S. intelligence reports view by a U.S. government official, the report claims the plot is part of Iran's aim to retaliate against President Trump's decision to kill Soleimani, a powerful Iranian general, using a drone strike earlier this year.

Officials said the U.S. has been aware of a general threat against Marks since the spring – but intelligence has become more specific in recent weeks.

An attack on Marks is one of several options the U.S. believes Iran is considering.

Marks, 66, was sworn in a U.S. ambassador in October 2018, having known Trump for more than two decades and having been a member of his club, Mar-a-Lago, in Florida.

Marks was born in South Africa and speaks the country's key languages.

She was also a personal friend of Princess Diana.

A U.S. official said that they were not sure why Marks would be targeted, given her few, if any, links to Iran.

One possibility could be her long friendship with the president, the official added.

The U.S. and Iran have been foes for decades, confronting each other on a number of issues that make up a larger struggle for control in the Middle East.

Under Trump's presidency, tensions between the two countries have headed towards military action on numerous occasions.

After the U.S. blamed Iran for a series of explosion aimed at oil tankers last summer, Iran took down a U.S. drone before the United States then took down an Iranian drone in retaliation.

In December 2019, a U.S. contractor was killed in Iran, resulting in the U.S. bombing sites held by an Iranian-allied militia.

In January of this year, the U.S. staged an airstrike which killed Soleimani, the leader of the Quds Force, a unit of Iran's Revolutionary Guard Corps, as he visited Baghdad.