LEIGHTON Buzzard was rocked by an earthquake on September 8, 2020.

But how many earthquakes have there been in the UK in 2020? Here's all you need to know. 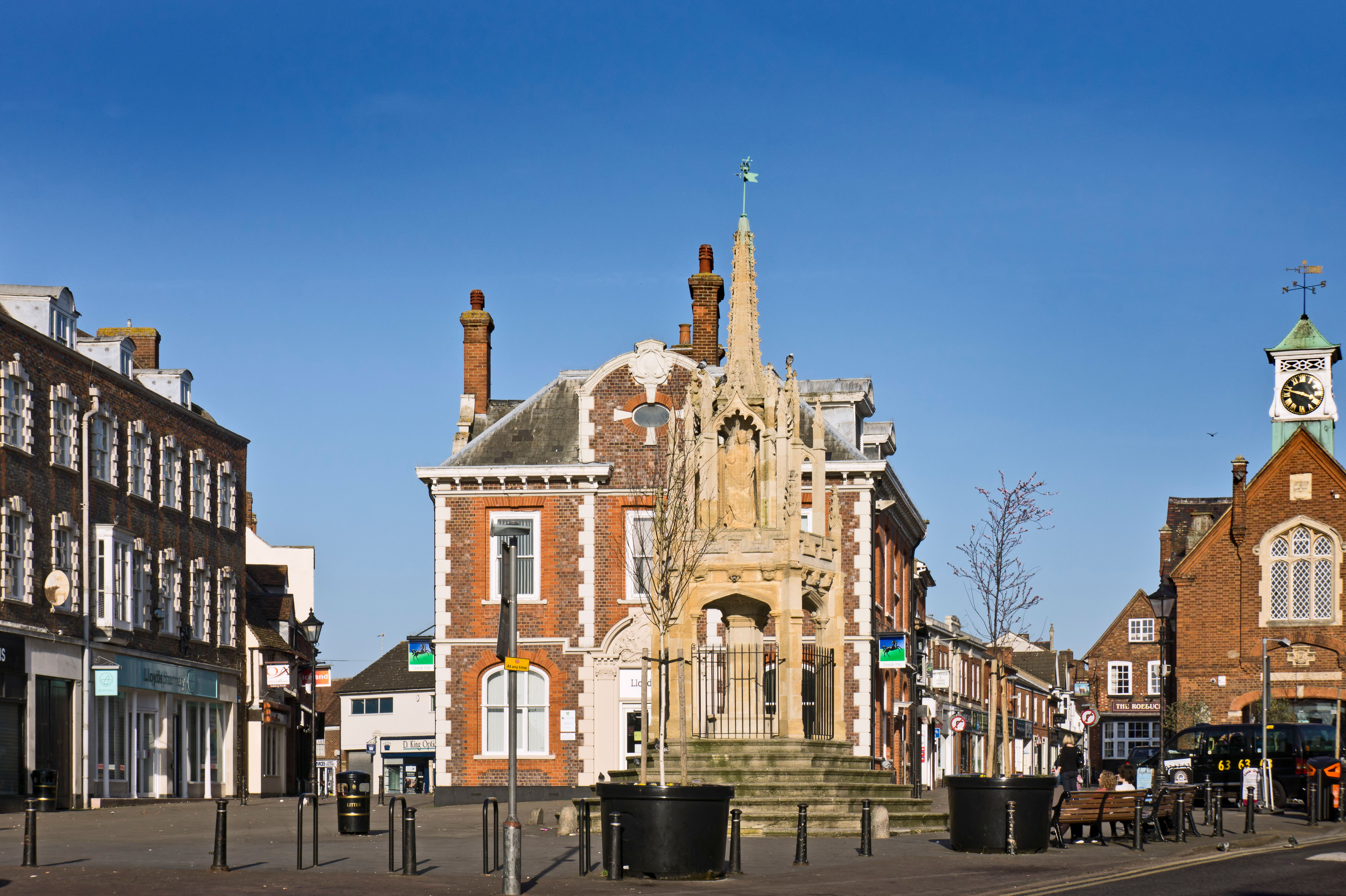 How strong was the Leighton Buzzard earthquake?

The British Geological Survey (BGS) reported that the 3.3 magnitude quake was located in the town of Leighton Buzzard, Bedfordshire, at around 8.45am, and had a depth of six miles.

The BGS said one report suggested the earthquake was like a "large explosion".

Bedfordshire Police said it was receiving a "large" number of calls from the public but no injuries have been reported. 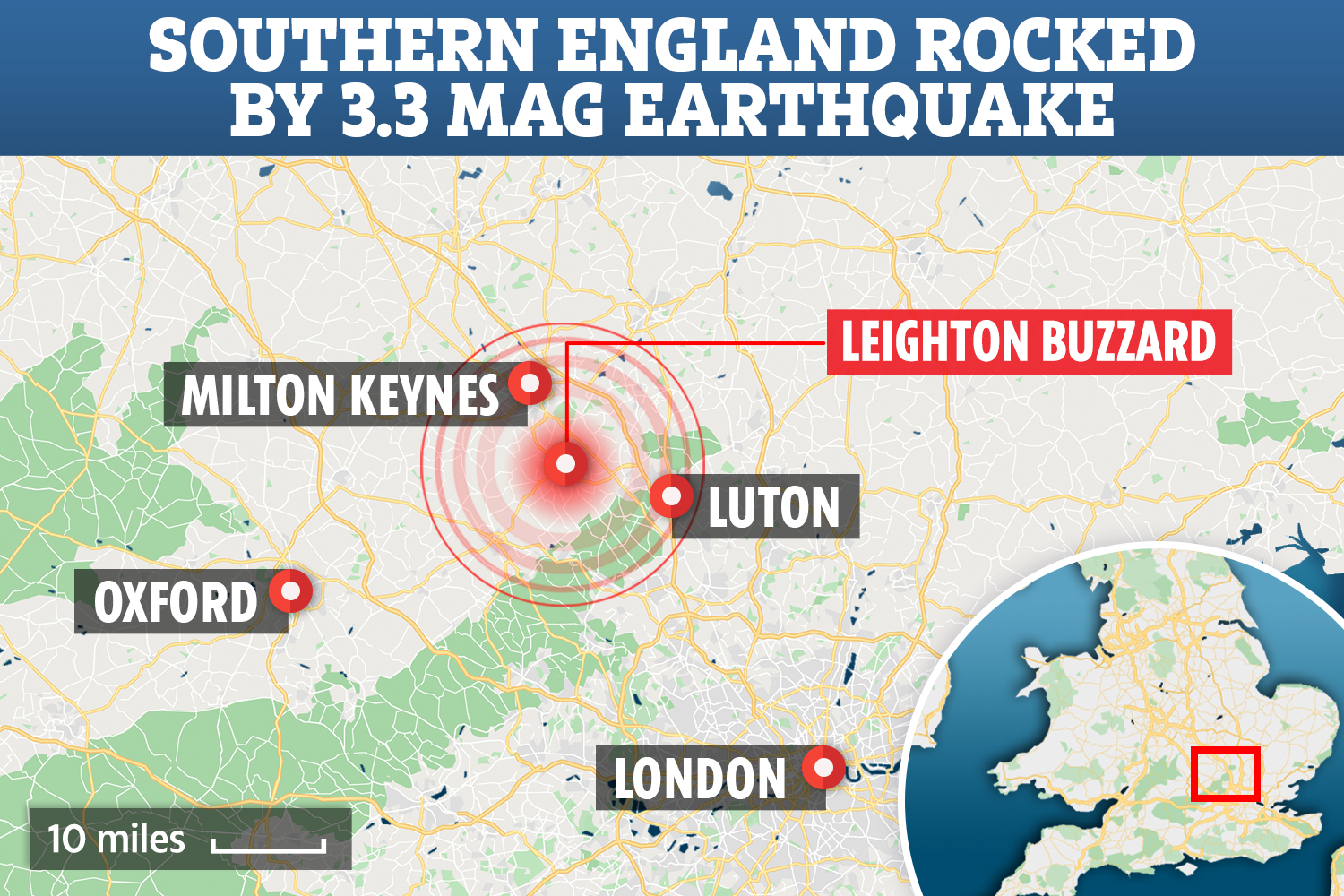 Hundreds of residents 13 miles away in Milton Keynes, Bucks, also said they felt and saw the tremor.

Stunned locals took to Twitter to describe their shock.

Another added: "What the hell was that?! Felt like an earthquake in Bedfordshire. #2020 #earthquake". 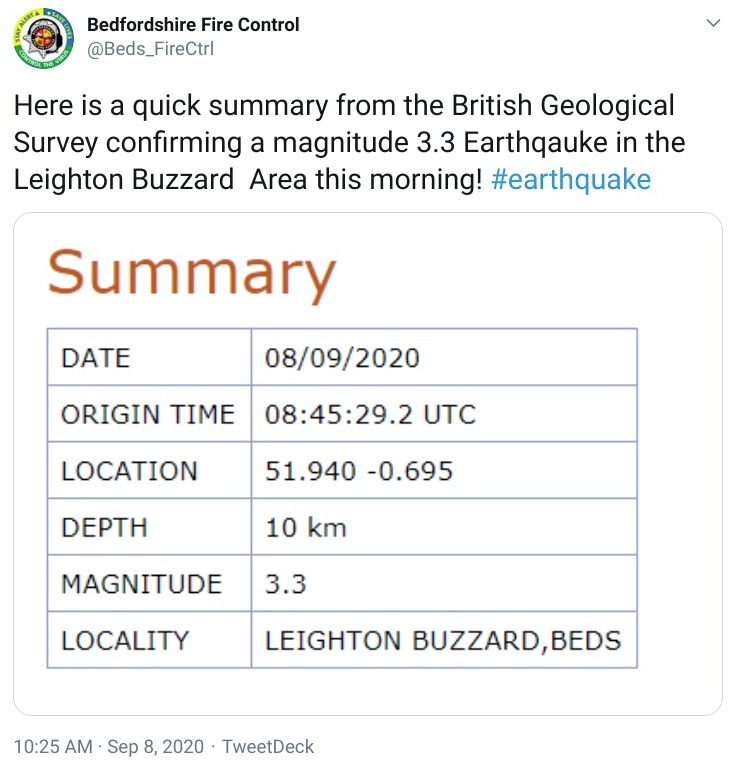 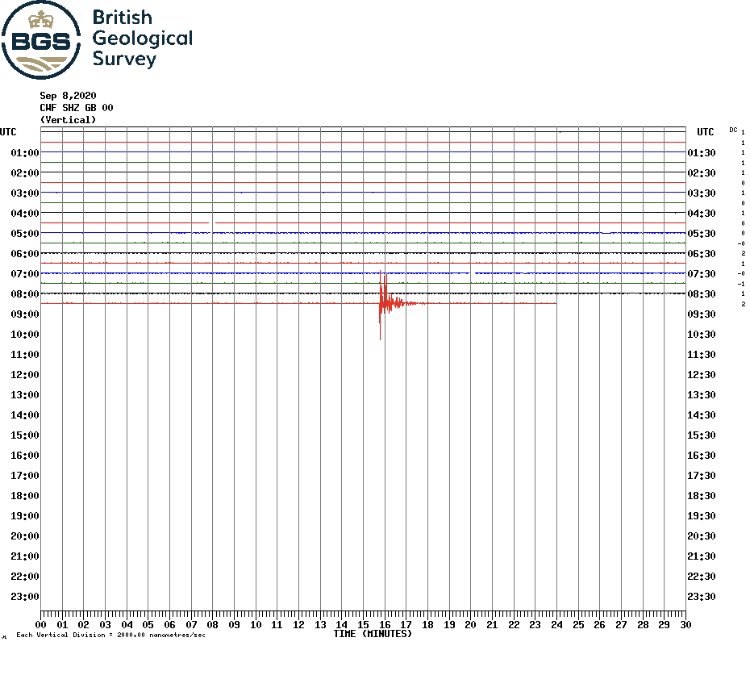 How strong was the last earthquake? 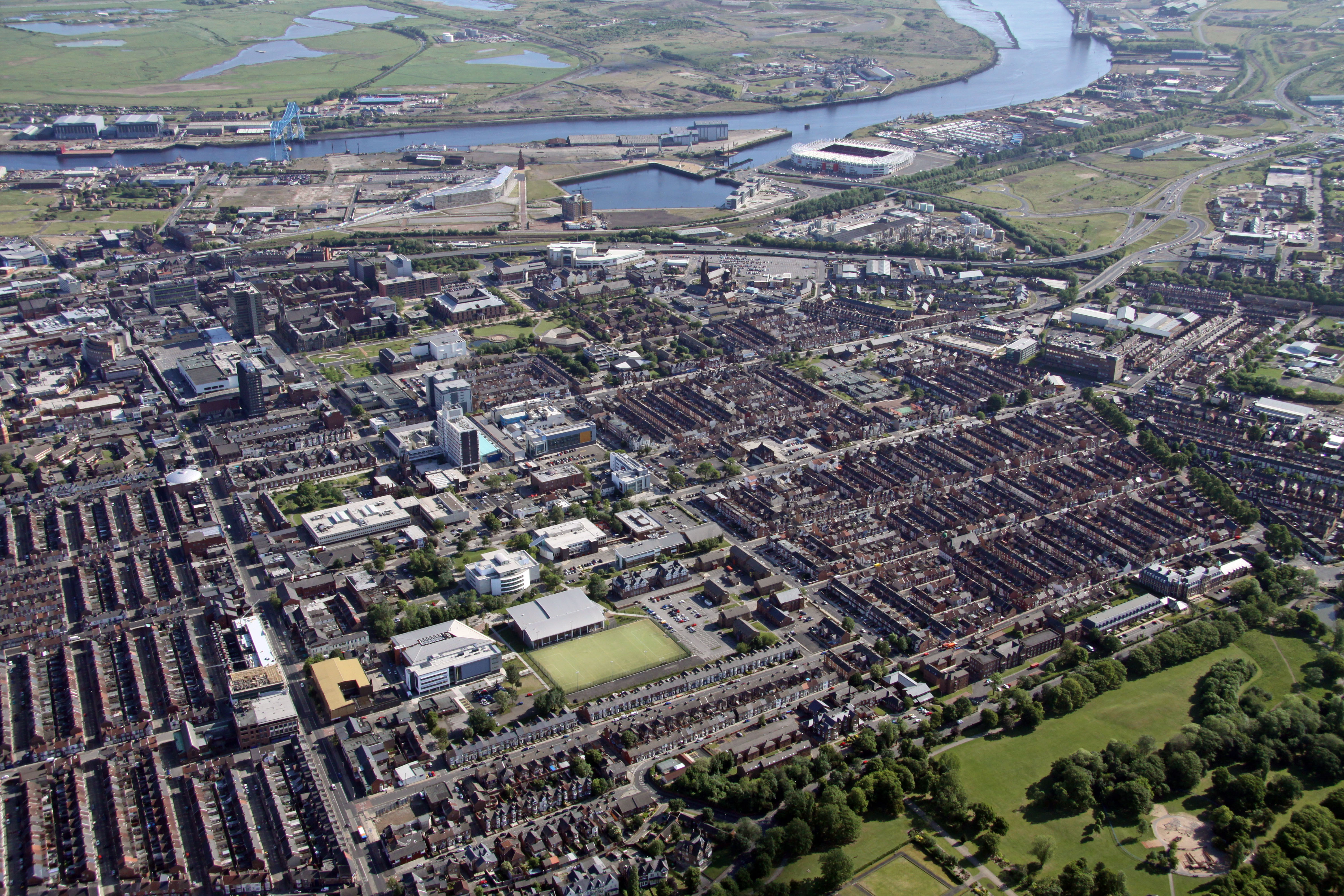 Gillian Foster, watch manager at Cleveland Fire Brigade, told Mirror Online: "We turned out to a report of a potential explosion at a bungalow.

"Neighbours were out and felt same thing – some kind of explosion."

Steve Thompson, from Norton, in Stockton-on-Tees, said: "It was a strong 'clump' like a lorry crashing into mine or a neighbour's house." 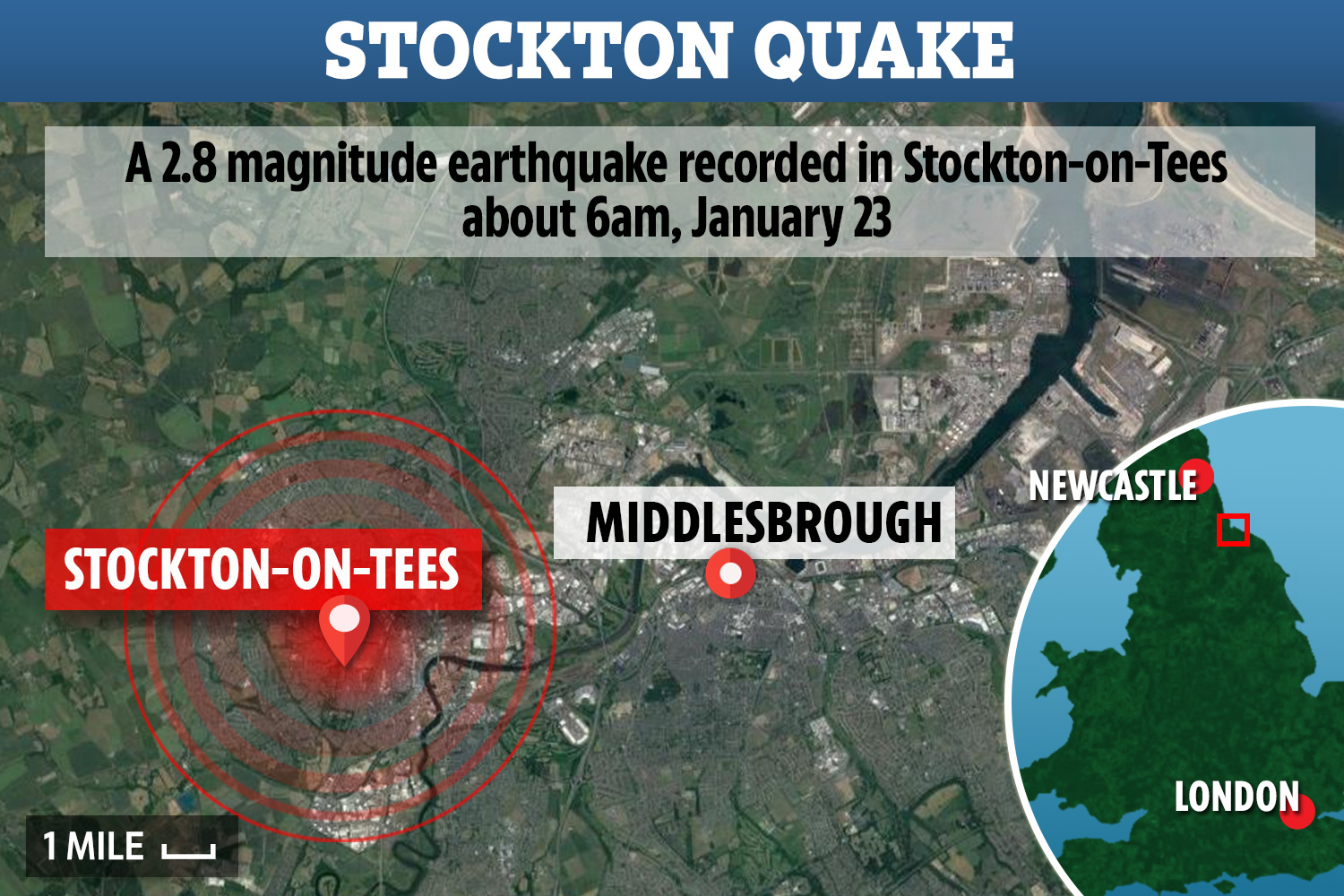 How many earthquakes have there been in the UK in 2020?

There have been ten notable earthquakes recorded in the UK so far in 2020.

The Teesside tremor was the previously largest quake in the UK this year many though are so small they are not felt.

The previous biggest tremor in 2020 was a 2.3-magnitude earthquake felt in Arnisdale in the Scottish Highlands on January 7.

The UK gets around 20 to 30 earthquakes every year which are felt by people, with hundreds more smaller ones which are recorded by scientists.

Their power is measured using the 'momentum magnitude scale' – and a 'strong quake' is normally registered as 6 and above. 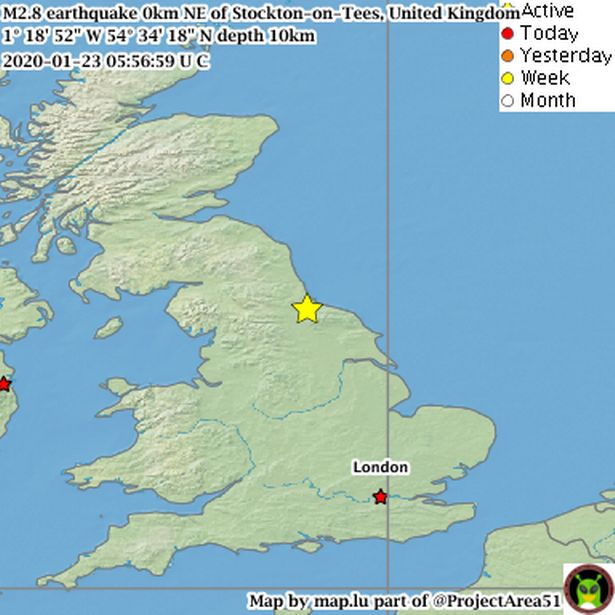 Where did earthquakes strike in 2019?

Many of the UK's earthquakes are so small that they are hardly felt.

The following were the main tremors from 2019. 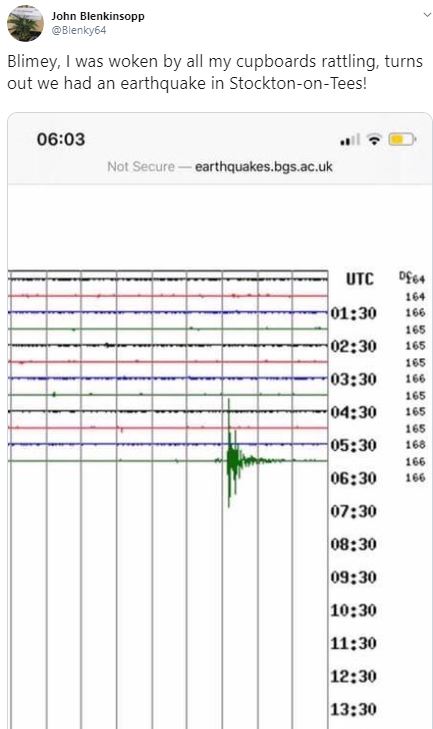 What is the strongest earthquake to ever hit the UK?

The largest known British earthquake occurred in the North Sea near the Dogger Bank in 1931, with a magnitude of 6.1.

It was 60 miles offshore but still powerful enough to cause minor damage to buildings on the east coast of England.

The most damaging UK earthquake was in the Colchester area in 1884, in which several people were killed and shockwaves were felt as far away as the Houses of Parliament.

Other notable events include the 5.4-magnitude the quake at Lleyn, Wales in 1984.

It was the largest onshore earthquake ever recorded in the UK and had hundreds of aftershocks.

It was felt as far away as Aberdeen and Ireland.

And a 4.7 magnitude tremor in Dudley, West Mids, in 2002 was felt over much of England and Wales.

While hundreds of quakes actually happen here every year, only around 10 are strong enough to be felt at all – and many of these are very minor.

The UK experiences a magnitude 5 – which can damage buildings – roughly every 10–20 years.