The UK is bracing for another freezing cold snap as sub-zero temperatures are making it’s way to the British Isles. New weather maps from WXCharts predicts large parts of the UK will see temperatures drop to -1C, with 0C forecast in London, South East England and Wales this weekend.

The charts also show strong winds could sweep in from the west and hit coastal areas in Scotland, Wales and Cornwall.

Maximum sustained and gusts could reach 55mph in Plymouth and northern Scotland.

While snow will mostly be confined to the hills of Scotland, the charts reveal a possibility of wintry weather in Wales as well.

The wintry conditions are blowing in from the northwest and could leave the UK with strong winds for up to four days. 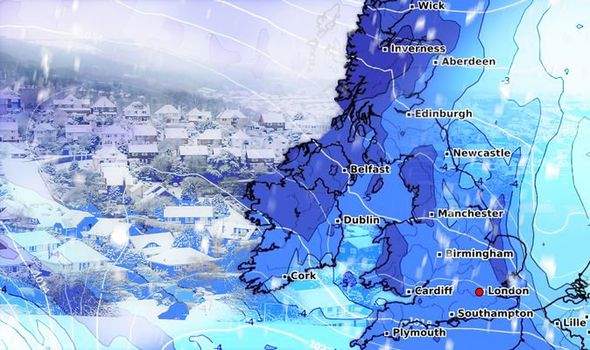 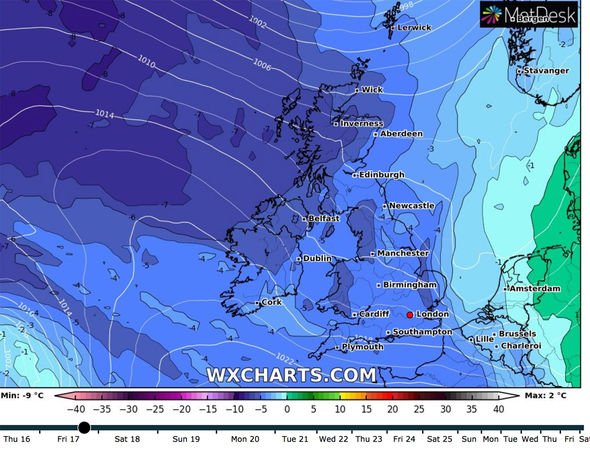 “Those showers may turn wintry in Wales and northern parts of England.

“As we head into the weekend it becomes more settled and quiet with lighter winds.

“There will be more in the way of sunshine but an increasing risk of overnight frosts.” 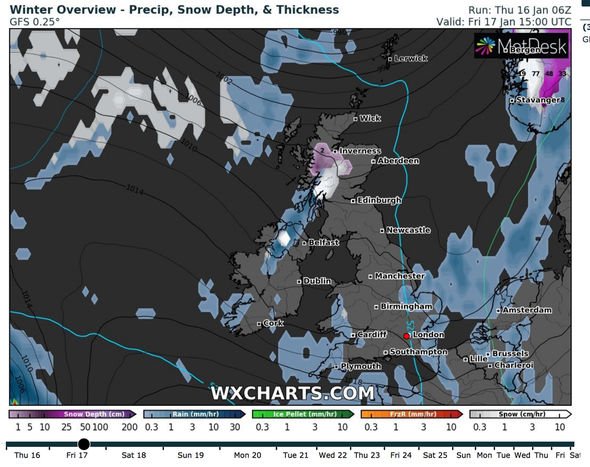 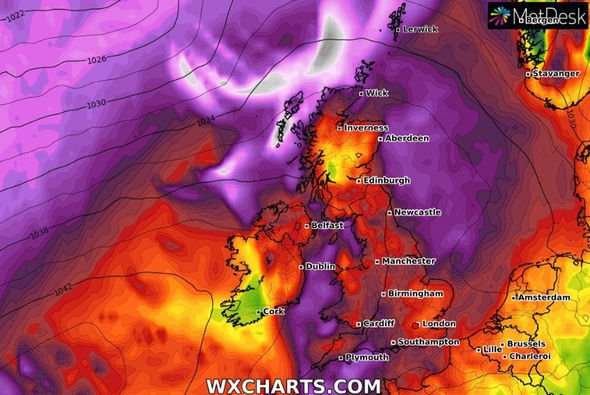 Britain is also due to be hit by strong winds and freezing temperatures later this month, according to weather maps from WXCharts.

The maps show powerful gusts smashing into the British Isles on Tuesday, January 28, bringing maximum sustained winds of up to 65mph.

In addition, the charts indicate temperatures will drop below freezing.

The cold air will sweep through the nation, with temperatures as low as -4 in the Scottish Highlands and 0C in Manchester and London.

The massive system looks packed with snow and could leave to widespread snow falling as far south as Birmingham on January 28.

In Scotland, some areas could see a whopping 12cm (five inches) of local snowfall.

Other areas that should prepare for wintry conditions include Manchester, North Wales, Inverness and Newcastle. 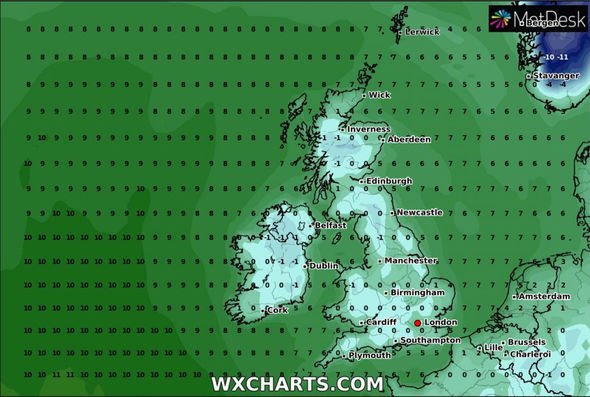 Outbreaks of rain, heavy in places clearing east overnight with showers following from the west.

Strong winds and gales becoming confined to the north of Scotland. A touch of frost possible in the north.

Sunshine and showers, the showers merging into longer spells of rain at times and occasionally turning wintry over high ground.

Feeling cooler. Gales across the far north of Scotland.

Outlook for Saturday to Monday

Over the weekend frosty by night, sunny by day, with a few showers affecting the far north and east.

Cloud, rain and strong winds arrive across the north on Monday.