Home » World News » UK weather LIVE: UK to be lashed by 200mm of rain before winter frost sets in this week

The Met Office has already issued two weather warnings for the rain, which is expected to bring widespread disruption and chaos to parts of the country. The weather warning is in place for parts of Western Scotland and started at midnight on Tuesday, extending until 3pm on Wednesday. Rainfall is forecast for the west of England and Wales as well, though the south and the east are expected to stay largely dry.

Met Office forecaster Alex Deakin said: “It’s going to be very soggy on Tuesday and Wednesday and we’re particularly concerned about western Scotland where rain will be heavy and persistent and could cause some problems – we have a yellow Met Office warning.

“At times there will be rain in Northern and western parts of Ireland, a bit of drizzle over the hills of western England and Wales.

“During Wednesday, much of eastern and central Britain starts dry but rain will pop up in the west and that will swing its way eastwards throughout the day.

“By the end of Wednesday, 100mm of rain over hill and mountains, maybe 200mm of rain, so that could cause some flooding and disruption to transport.” 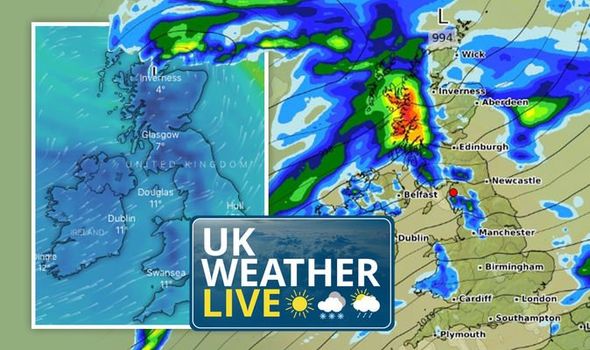 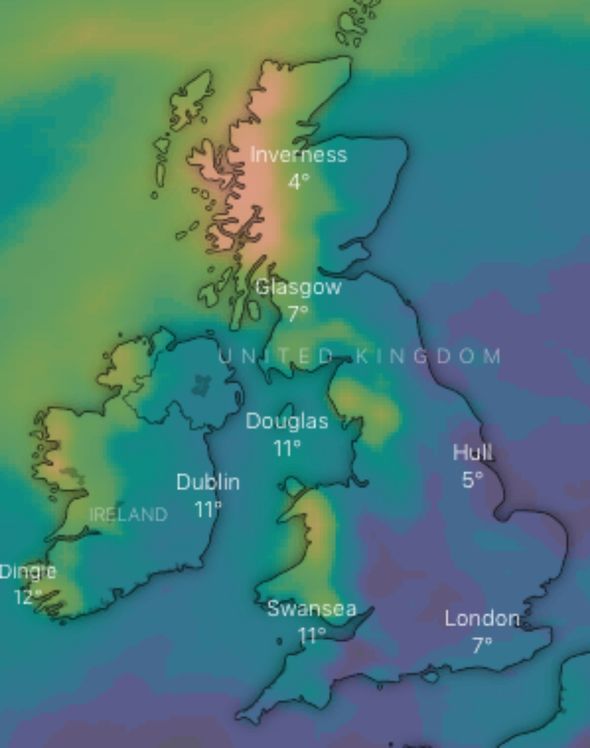 7.52am update: Temperatures drop off at the end of the week

Even when the rain starts to calm, the bad weather isn’t over just yet for Brits.

Chilly northern winds will set in, bringing a significant drop in temperatures on Thursday and Friday, going into the weekend.

7.15am update: Met Office forecast for today and tonight

Today’s forecast from the Met Office reads: “Very mild, windy and mostly cloudy, though probably  few breaks in the east.

“Mostly dry for many, but some rain at times in the west, mainly over hills and especially over northwest Scotland where persistent, heavy rain is expected.”

“Mostly dry in the east, but further heavy rain over northwest Scotland whilst elsewhere in the west rain turns more widespread later in the night.” 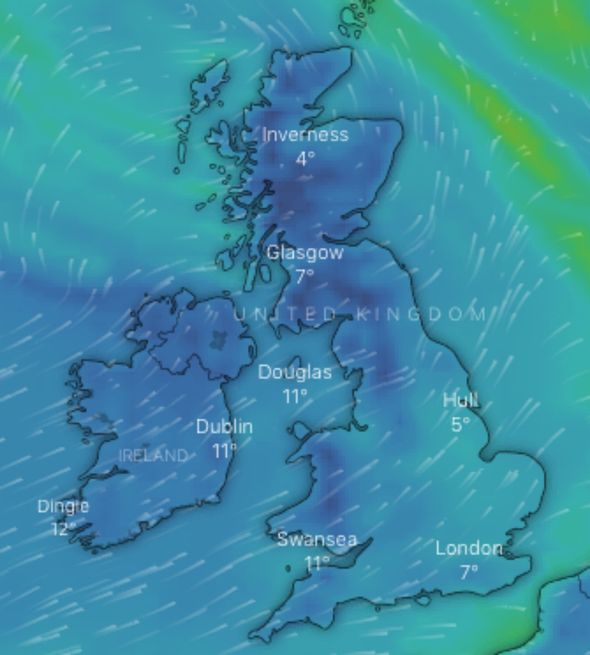