Victoria has closed part of its border for the first time during the coronavirus pandemic, stopping South Australians from entering the state after coronavirus fragments were found in two regional Victorian towns.

Premier Daniel Andrews called the decision "hard but necessary" and said it would help enforce the six-day hard lockdown announced by South Australian Premier Steven Marshall in response to an outbreak linked to an Adelaide quarantine hotel. 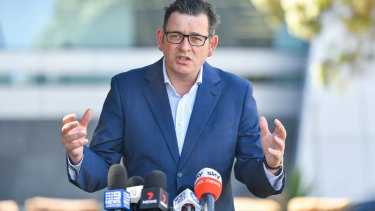 Mr Andrews had resisted joining every jurisdiction except New South Wales and the Australian Capital Territory in enforcing border restrictions on SA but was influenced by the discovery of coronavirus fragments in Portland, near the South Australia border in Victoria's west, and Benalla in Victoria's north-east.

Up to 300 Victoria Police officers will monitor land border checks from Mildura down to the coast for 48 hours from midnight on Thursday, before a permit system for essential travellers comes into effect on Saturday.

The majority of police will travel to the border from Melbourne, drawing criticism from the Victorian opposition, who called it a waste of police resources. 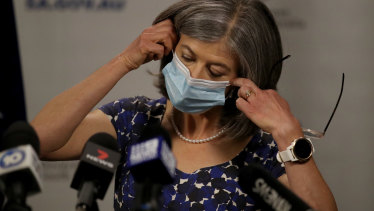 But she stressed the result did not mean there was an active case of COVID-19 in the community.

“The presence of coronavirus fragments in the wastewater however could mean we have or have had an active COVID-19 case in Portland recently. If this is the case it is very important we find them, to halt the spread of COVID-19 quickly,” Ms Giles said.

In north-east Victoria, Benalla Rural City mayor Danny Claridge said there was no cause for alarm.

Barwon Health director of infectious diseases, Eugene Athan, said a contact tracing team had been “reactivated” in Geelong while a crew was on standby to travel to Portland to help with testing if necessary.

He said contact tracers were also in touch with a small number of people who recently returned from South Australia and were required to self-isolate.

“We are monitoring it very closely,” Professor Athan said.

The SA outbreak recorded no new cases on Thursday but it has so far infected 23 people, including a part-time security guard, who picked up COVID-19 in an Adelaide quarantine hotel before working for 10 days in a pizza restaurant while infectious.

Mr Andrews has revealed the first details of Victoria's revamped hotel quarantine program, which will be established before Christmas.

All workers will be contracted directly by the government to avoid the confusion and poor training of private security guards that occurred in the state's first hotel quarantine iteration. Workers will also be advance contact traced to gauge their level of risk.

"For instance, we don't want a situation where someone is sharing a house with an aged care worker. That would be an unreasonable risk," Mr Andrews said.

Two flights from Adelaide with 237 passengers arrived at Melbourne Airport on Wednesday, before SA's lockdown began, Victoria's Department of Health and Human Services has confirmed.

About 70 per cent of those passengers were tested for COVID-19 upon arrival, with the remainder deemed not to require a test because they had originally come from low-risk areas such as Western Australia. All tests were negative.

Under the border closure, only South Australians with an essential reason to leave the state will be allowed to fly into Melbourne, where they will be met by Victorian health officials.

Get our Coronavirus Update newsletter for the day’s crucial developments and the numbers you need to know. Sign up to The Sydney Morning Herald’s newsletter here and The Age’s here.