NO ONE does optimism like Boris Johnson. And at times like these, it’s comforting to look to a rosy, brighter future.

The PM painted a picture of a Britain in 2021 which has conquered Covid — via a vaccine or instant mass testing — and by 2030 is “the greatest place on Earth” . . . levelled-up, soaring economically, powered literally by wind. 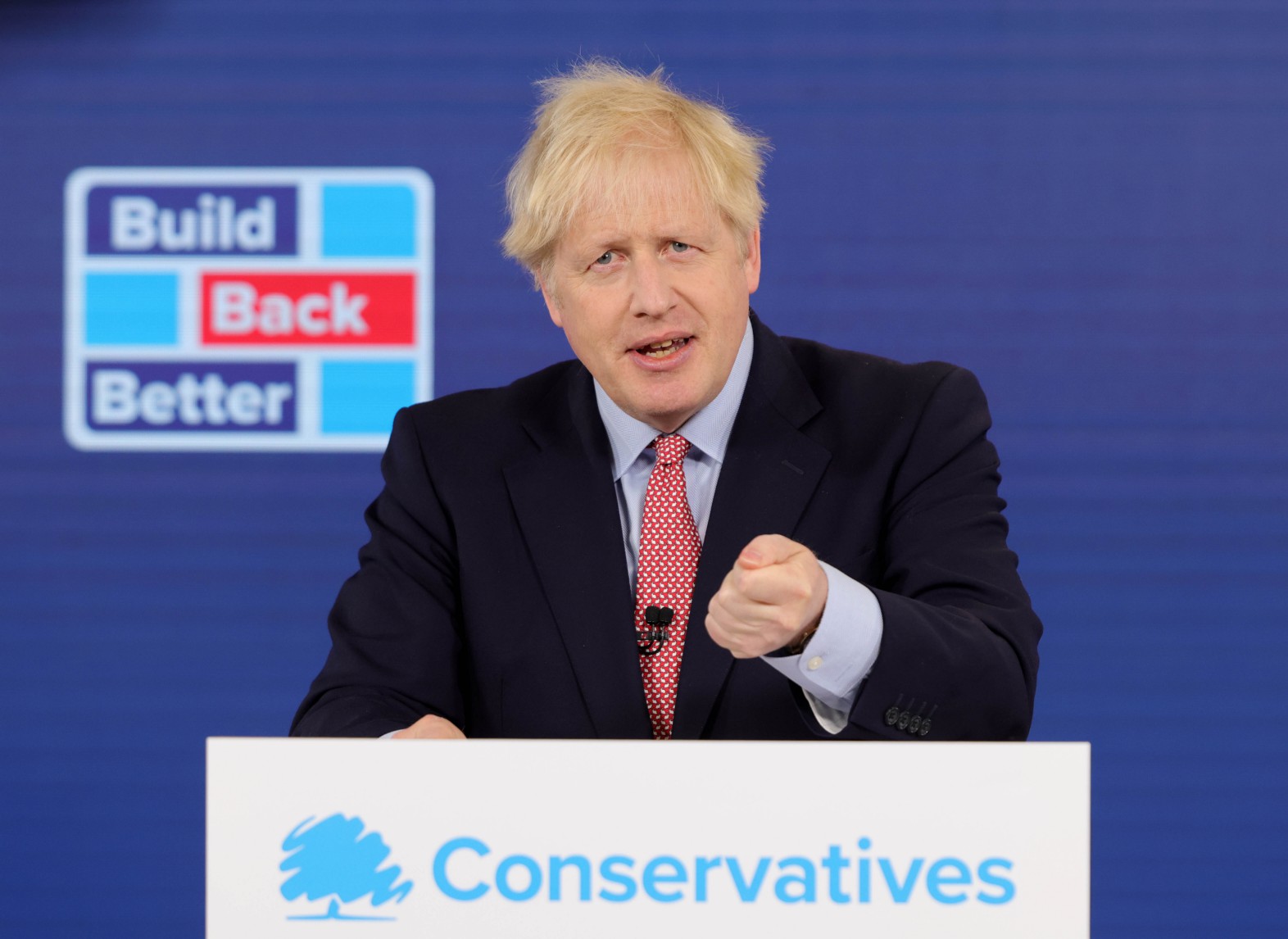 It is his attempt to match the foresight of our wartime Government and the vast national upgrade it was planning even in the darkest days of 1942.

And it was music to our ears, given the terrifying scale of this year’s State interventions, that our Tory PM still believes private enterprise is the key to this “building back better”.

That the Government’s colossal but vital bailouts are solely a response to a unique disaster, not the blueprint for a future that’s socialist in all but name.

The Tories will, he promised, “create the conditions for individuals and companies to flourish, with a high-skilled, low-crime economy”.

The state will “stand back and let the private sector get on with it”.
Quite right, Boris. And it’s a lovely idea, it really is.

The Sun sympathises with the enormity of the Government’s task, we are not yet convinced from its performance that it could bring about the revolution it has in mind.

But right now we are staring down the barrel of reality: A bleak winter of discontent. Ruinous new lockdowns. Rising hospitalisations and deaths.

And for all that The Sun sympathises with the enormity of the Government’s task, we are not yet convinced from its performance that it could bring about the revolution it has in mind.

Even some of the PM’s big ideas seem a little difficult to imagine. A wholesale switch to wind power? When nuclear is more reliable, just as clean and arguably cheaper? The cost will be vast, like the household bills.

How about 95 per cent mortgages for millennials? Fantastic for them — they certainly need the leg-up — but bound to send house prices into orbit without a massive increase in homes being built.

And why, if the PM wants private firms to power a recovery, is so much talk about tax hikes, including on “wealth”? How will that ever lure the entrepreneurs we need?

We applaud Boris’s cheery ambition. He was rallying his party, after all.

And it was great to see — after all the fears that his own Covid bout had destroyed his long-term health — that the Prime Minister is back on top form.

But when it comes to the future, most of us are less concerned with 2030 than with surviving the here and now.