Westpac Banking Corporation, the Perth Mint and hundreds of Australian citizens have been caught up in a global tax evasion probe into a Puerto Rican bank co-owned by a flamboyant American millionaire.

Euro Pacific Bank, fronted by US financier and celebrity business commentator Peter Schiff, has been proscribed as a “top tier” organised crime threat to Australia because of its suspected use by Australian and international organised crime syndicates. 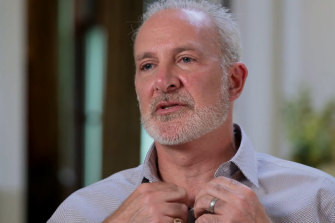 “We've complied with all sorts of requests for information," he said. "We somehow got caught up in whatever's going on, but there are no valid allegations against the bank. I can tell you there is no tax evasion going on at the bank. The bank is not facilitating anything.”

But the revelations, uncovered in an investigation by The Age, The Sydney Morning Herald, 60 Minutes and The New York Times, will send a shudder through the global banking world because Euro Pacific has relationships with major financial institutions who facilitate transactions for its 13,000 global customers.

Euro Pacific marketing materials list the bank’s existing or previous financial partners as Westpac and the West Australian government-owned Perth Mint, raising the possibility that the Australian institutions have facilitated the activities of organised criminals or tax evaders.

Euro Pacific’s international partners include the New York Federal Reserve, UK bank NatWest, Canada’s Bank of Montreal and Japan’s Mizuho Bank. Several of those banks have also been targeted by Operation Atlantis, sources confirmed. All declined to respond to questions.

The investigation was prompted by a major leak of the bank’s financial data which was first obtained by Dutch authorities and, later, the J5. Documents suggest Euro Pacific’s Australian clients have included Simon Anquetil, the Australian businessman jailed for engineering Plutus Payroll, the country’s biggest tax scam.

Others with Euro Pacific accounts include a Russian cyber criminal wanted by Australian and US authorities for running the world’s biggest cyber malware attack and an Australian suspected of laundering cash for a billion-dollar drug-trafficking syndicate.

Westpac, which is still reeling from its $1.3 billion fine in September for breaking money laundering laws, was a Euro Pacific banking "correspondent partner" until 2018. The relationship meant Westpac facilitated the Puerto Rican’s bank’s dealings with its Australian customers. 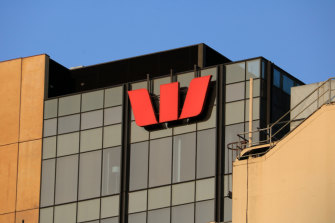 Westpac was associated until 2018 with Euro Pacific Bank.

Mr Day refused to name the target of Atlantis, citing his ongoing inquiry and privacy laws, but confirmed Atlantis was targeting large-scale tax evasion and money laundering. Australian accountants and lawyers advising Australians were among the targets of Operation Atlantis, Mr Day confirmed.

“Tax crime is not victimless. Tax criminals take away from that revenue that supports those really important functions. That's important at any time, but even more so during a pandemic.”

Mr Schiff is Euro Pacific’s major shareholder and key marketing asset. He is an advocate of using legal loopholes to minimise tax and has attacked terrorist and anti-money laundering regulations as overly onerous. Euro Pacific president is Mark Anderson, a former US bankrupt previously taken to court by US regulators and fined for selling dubious high-risk financial products.

Euro Pacific is marketed by some Australian lawyers and accountants because Puerto Rico offers banking secrecy, including not sharing information with the ATO under an international tax treaty. Many customers of Euro Pacific are advised to create bank accounts using front companies in other tax havens, creating labyrinthine corporate structures that are difficult for police and tax authorities to unwind.

The ongoing Operation Atlantis inquiry also highlights the failure of successive Australian governments to pass laws recommended by the world’s top financial crime taskforce and a bipartisan parliamentary committee which would force Australian lawyers and accountants to report suspicious transactions to authorities.

Australians are allowed to wire money overseas, but must declare their foreign holdings to the ATO and pay tax on any overseas earnings as if the money had been earned domestically.