Home » World News » What is ‘fog of war’ and what are war crimes?

Soldiers are meant to kill people so why is there an inquiry into what our special forces were doing in Afghanistan?

Australians have been aware for a couple of years now – thanks mainly to reports in The Age and The Sydney Morning Herald and on the ABC – that members of Australia's special forces are alleged to have committed war crimes in Afghanistan.

As well as the media reports, there has been a long-running, secret investigation ordered by the military itself, through a body called the Inspector-General of the Australian Defence Force. The IGADF appointed a NSW judge, Paul Brereton, to look into "persistent rumours" of wrongdoing during the special forces repeated deployments to combat militants and the Taliban between 2005 and 2016.

The Brereton Inquiry report came out on November 19 and found that Australian soldiers were involved in close to 60 alleged war crimes, including murders.

But soldiers are trained to kill people. So what exactly are war crimes? How do these allegations differ from what the special forces were supposed to be doing in Afghanistan? And what will happen as a result? 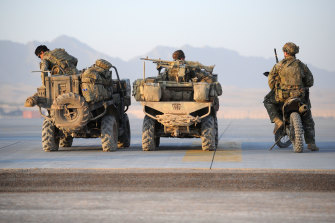 Special Air Service Regiment soldiers, part of the Special Operations Task Group in Tarin Kot, wait for a lift in a US helicopter to their patrol area in Afghanistan.Credit:ADF

What are the special forces and what were they supposed to be doing in Afghanistan?

The best-known arms of the special forces are the Perth-based Special Air Service Regiment (SAS) and the Sydney-based Commandos. They are made up of specially selected and trained elite soldiers, officers and support staff. In Afghanistan, groups of special forces were deployed multiple times over 15 years and did the heavy lifting of Australia's contribution to the war.

Special Forces missions involved surveillance operations and "capture or kill" missions aimed at targeting militants and the Taliban. Special forces were deployed, usually on helicopters, beyond front lines into villages believed to house hostile forces, to take out particular targets or take on the Taliban in their environment.

The rules of engagement, designed to adhere to the laws of armed combat, allowed Australian soldiers to use lethal force when under threat or to kill an authorised target. But soldiers could not murder or torture prisoners, injured civilians or non-combatants. The war crimes inquiry is concentrated on such conduct. 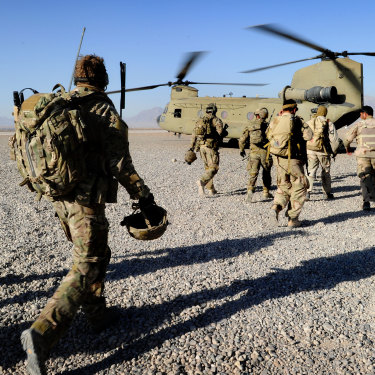 Australian troops from Special Operations Task Group and their Afghan counterparts from the Provincial Response Company walk to a CH-47 Chinook aircraft ahead of a mission.Credit:ADF

What kind of events are being investigated?

One incident that was the subject of the Brereton inquiry and, since 2018, an ongoing federal police probe involves the alleged execution of Ali Jan. Ali Jan was a poor farmer who was allegedly taken prisoner with other villagers by the SAS during a sweep for a wanted militant in the village of Darwan.

Ali Jan was allegedly taken from the group of prisoners, forced by one SAS soldier to kneel at the top of a small cliff and then kicked down it. He was then allegedly executed by another.

Another incident involves the suspected execution of farmer Haji Sardar in March 2012. Sardar was shot and injured by the SAS during an operation in his village. Sardar was taken from the care of SAS medic Dusty Miller by another soldier, who is accused of murdering the injured and unarmed man and then covering up the killing.

Where have the complaints of wrongdoing come from?

The complaints have come from other soldiers – from witnesses in the SAS and Commandos who grew disgusted by what a small number of their comrades were doing. In some cases the evidence came from soldiers themselves who confessed to executing prisoners. Afghan villagers who witnessed war crimes have corroborated some of these allegations to both journalists and the Australian Federal Police.

Why has it taken so long to investigate?

Major royal commission style inquiries take time, sometimes many years. In this case, Justice Brereton has been investigating for our years. The Brereton inquiry has exhaustively investigated more than a dozen summary executions and dozens of other incidents, all which had been the subject of alleged cover ups.

It took two years to shatter the SAS and Commandos' code of silence, but when it finally did so, it obtained confessions and witness accounts from soldiers. All up, more than 350 witnesses have testified on oath.

What’s the difference between fog of war events and these allegations?

Fog of war incidents happen in the heat or confusion of battle and are generally legal, even if they are later found to be errors in which somebody was hurt or killed. For instance, a sniper may lawfully shoot dead an Afghan using a mobile phone if they suspect the phone is being used to organise an attack.

There is nothing remotely 'fog of war' about summarily executing a bound prisoner who was never, or is no longer, a combatant.

Even war has rules. What are the laws of war?

The laws of war permit an unarmed person to be shot, as long as a soldier suspects they are, for instance, moving towards a weapons cache that they will use to harm soldiers or using a phone to trigger an attack.

But the laws prohibit the degrading treatment, torture or murder of prisoners and non-combatants.

The laws distinguish professional soldiers from criminals, and they are central to military honour and to the mission achieving its goals. Ensuring the Australian Defence Force's conduct is legal helps foster local support for counter-insurgency and peace-building missions. 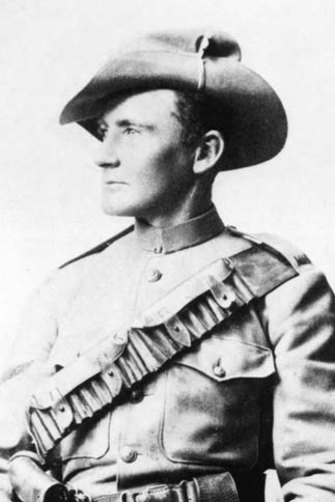 Have Australian soldiers been prosecuted after other wars?

Harry "Breaker" Morant was executed in 1902 after being convicted of murdering civilians in the Second Anglo Boer war.

In 2011, two Australian Commandos faced trial over the killing of Afghan civilians, but a military judge threw out manslaughter charges. The Commandos were accused of recklessly throwing a grenade into a compound, accidentally killing five children, but the case collapsed when it was ruled the soldiers had no duty of care.

The cases under scrutiny by the Brereton inquiry involve multiple instances of alleged murder of prisoners by shooting them in the head at close range.

What are the potential outcomes here?

The federal police will commence criminal investigations into the unlawful killings uncovered by Justice Brereton.

If the evidence is strong enough, soldiers will be charged, potentially with murder or war crimes offences, and face criminal trials in Australian courtrooms and, if found guilty, potential jail terms.

Soldiers and officers accused of lesser misconduct may face demotion or discharge.

Wide-scale reforms to the special forces are already underway addressing cultural and leadership failures that contributed to war crimes.