Women kick, punch and batter cyclist after she hurls their friend head-first into a bus in shocking brawl

This is the shocking moment a female cyclist is battered by a gang of young women after she threw one of them head-first into a bus.

The lone cyclist was slapped, punched, kicked, and stamped on following a row in Coventry city centre – which took place in broad daylight.

The brawl erupted after the cyclist was hit in the face by a rival and she retaliated by hurling her into the side of a passing bus. 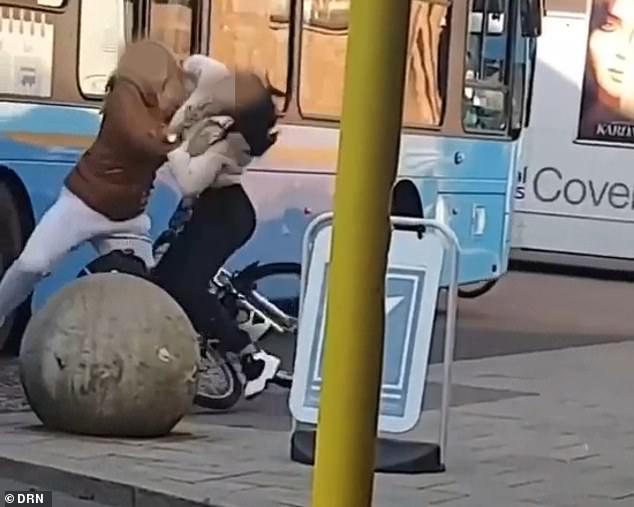 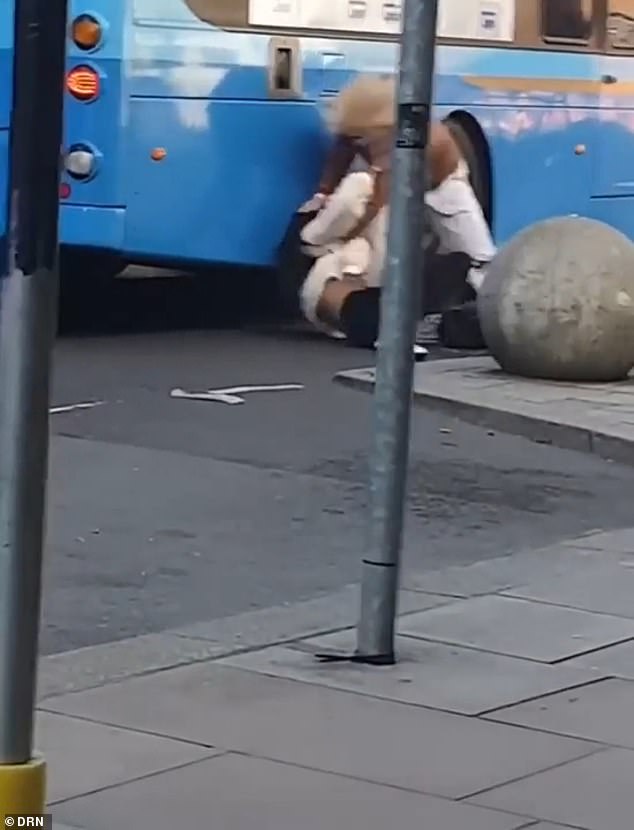 At one stage, the cyclist, pictured wearing  a brown jacket, throws one of her assailants into the side of a bus

She was then mobbed by the young woman’s friends, who dragged her to the floor by her hair and repeatedly beat her while she was down.

Footage filmed by a witness was posted anonymously on social media on Monday.

It shows a blonde woman stood next to a bike arguing with a younger female rival wearing a cream hoodie.

She approaches the cyclist and shouts: ‘What ya gonna do?’

As the cyclist prepares to ride off, her rival hits her in the face with a sucker punch and she responds by throwing her head-first into the side of a bus which is stopped at a nearby junction. 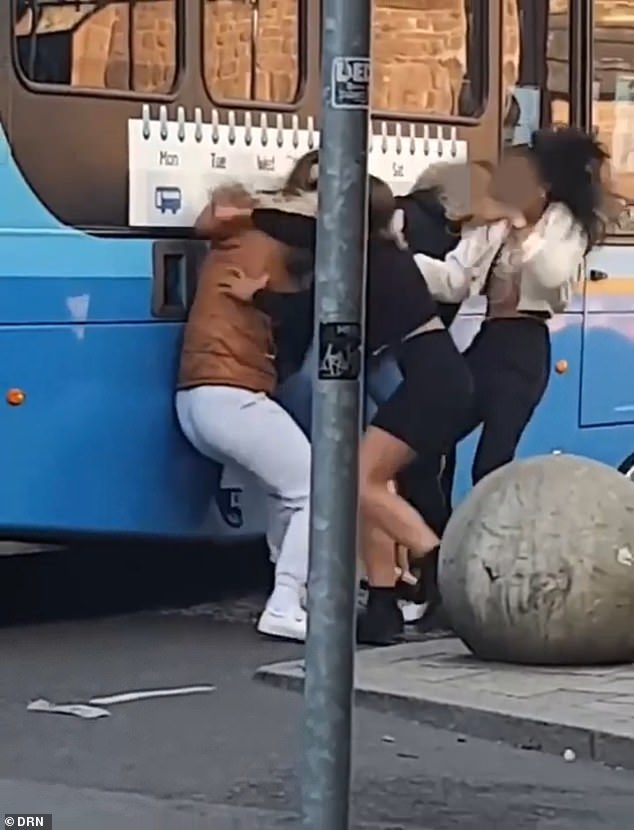 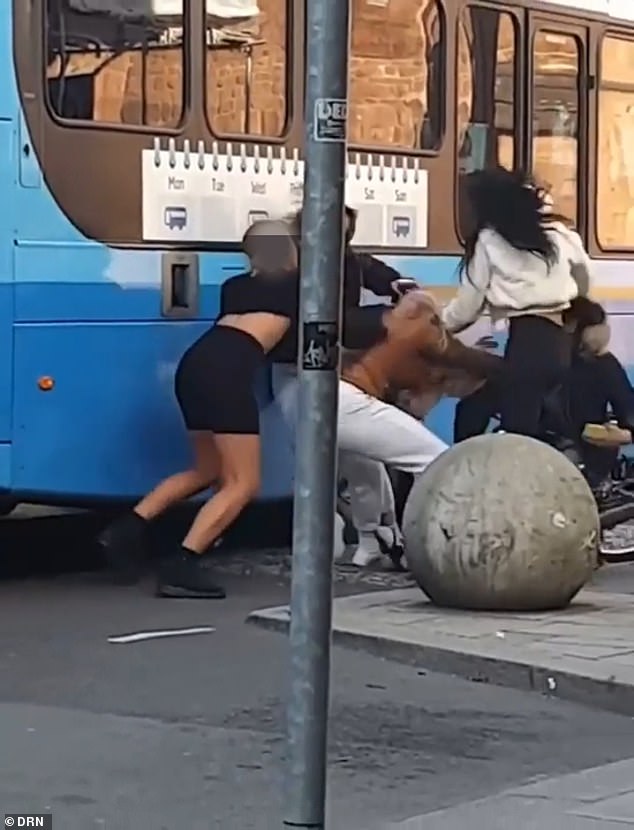 The cyclist struggled as she was attacked by several girls, pictured

The stunned bus driver leans out of his window and sounds an alarm as three other female yobs rush in and jump the cyclist from behind.

They pull her hair and drag her to the ground, slapping her repeatedly before one of the girls boots her in the head.

The thug in the cream hoodie – now recovered – joins in the cowardly attack, as the four of them beat and kick the helpless cyclist for several seconds before she is able to pull free.

Once back on her feet, she is forced to duck quickly to avoid a bottle of Mountain Dew launched at her head by one of the girls – which slams against the bus before the footage cuts out abruptly.

It is not known what started the argument. 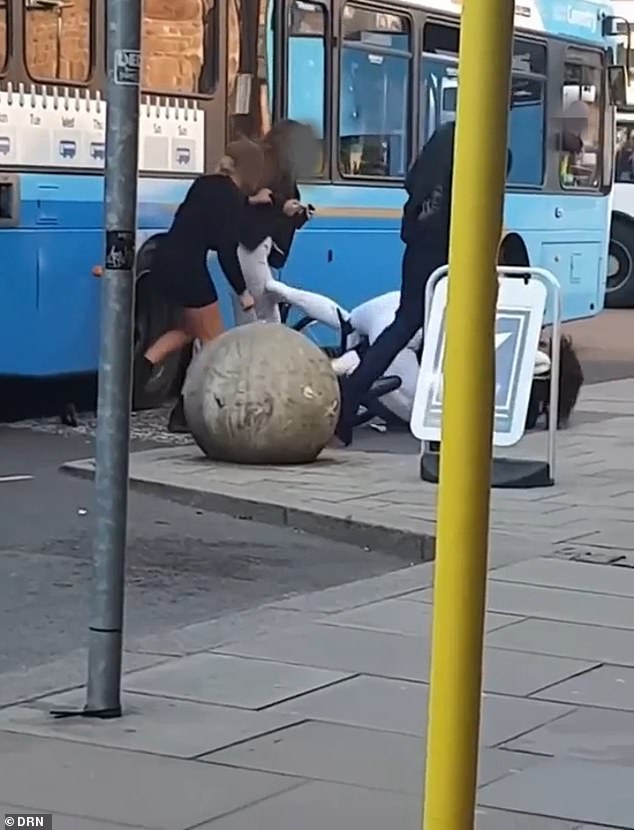