A WOMAN has been charged with murder after an autopsy concluded she shook a two-month-old boy so viciously he was left paralyzed before dying from his injuries months later.

Brienna Craig had been under investigation since late 2019 when doctors at a local hospital notified cops about the injuries sustained by the child that appeared to be from Shaken Baby Syndrome. 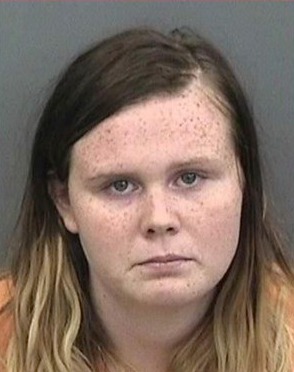 The little boy was initially paralyzed, but died earlier this year in the hospital, according to the Hillsborough County Sheriff.

Craig, who had already been arrested once in connection with the case, fled authorities for a time but was later apprehended.

Sheriff Chad Chronister, in a statement, called the infant's death "absolutely tragic" he said he will "ensure Brienna Craig is punished for her evil actions."

The sheriff added, “the thought of an innocent child suffering at the hands of a grown adult is horrifying and unthinkable."

According to Crime Online and court documents, a judge refused to lower her bail from $75,000 in December last year.

Craig cried after hearing she would have to stay in jail and said she was getting "counseling and medication" for her behavior.

Fox 13 reported that prosecutor Lindsay Hodges called the case "egregious" and said the mom "admitted to shaking the child."

Hodges said "We have a 7-week-old male victim who is now paralyzed and he’s paralyzed for life because the defendant was annoyed and couldn’t tolerate his crying."