Home » Business » Explained: How much damage can North Korea's weapons do?﻿

Tuesday’s projectile was launched from Jangang province, near the North Korean border with China and landed in the ocean between the Korean Peninsula and Japan, its flight covering a distance of more than 700 kilometers (435 miles) and reaching a height of 60 kilometers (37 miles), the statement said. 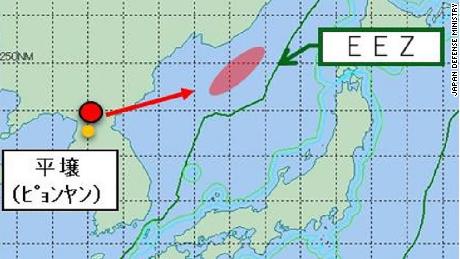 Assessment of the test by South Korean and United States intelligence was ongoing, but initial analysis showed Tuesday’s test, in which the projectile reached a speed of Mach 10 was of a more advanced weapon than the test North Korea conducted last Thursday, the South Korean Joint Chiefs said.

That test was of what North Korean state media claimed was a hypersonic missile, the second alleged test of such a weapon by the Kim Jong Un regime. However, many experts doubted this claim.

A hypersonic missile actually refers to the payload that a rocket carries aloft. In this case, that payload could be what is called a hypersonic glide vehicle (HGV).

An HGV can theoretically fly as fast as 20 times the speed of sound and can be very maneuverable in flight, making it almost impossible to shoot down, according to experts.
But a South Korean government statement Tuesday said, “Our military has the ability to detect and intercept this projectile, and we are continuously strengthening our response system.”
South Korea “expressed a strong regret over the North’s launch, which took place at a time when political stability is very important.”
A statement from US Forces Korea said the test posed no threat to US or South Korean territory or military personnel, but “the missile launch highlights the destabilizing impact of (North Korea’s) illicit weapons program.”
North Korea has not released any information about Tuesday’s launch. Last week, North Korean state media gave details 24 hours after the test.

Tuesday’s test covered about the same distance at last week’s, 700 kilometers (435 miles), and the missile fell into the sea outside of Japan’s Exclusive Economic Zone (EEZ), according to Japan’s Defense Ministry.
Pyongyang is barred from testing ballistic missiles and nuclear weapons under international law.
Source: Read Full Article