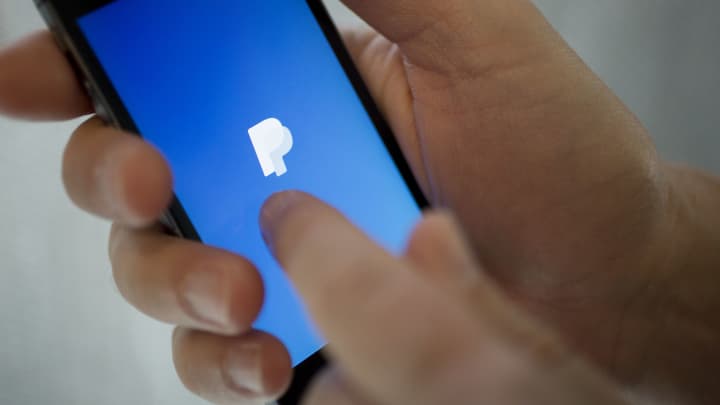 PayPal is not likely to buy digital currencies like bitcoin, though the company does see immense opportunity in the digital wallet space.

In an appearance on CNBC's "Mad Money" Thursday, PayPal Chief Financial Officer John Rainey said the payments giant has no interest in buying cryptocurrency, instead preferring to invest in services that are additive to the platforms it offers.

"We're not going to invest corporate cash, probably, in sort of financial assets like that," he said in response to an inquiry from the show's host, Jim Cramer, "but we want to capitalize on this growth opportunity that's in front of us."

PayPal does have exposure to the crypto market. In October, the company announced that it would allow users to buy, hold and sell cryptocurrencies, including bitcoin, ethereum, bitcoin cash and litecoin. Users can also shop with the digital coins in PayPal's retail network.

Venmo, the mobile wallet owned by PayPal, is expected to begin offering the same services in the first half of this year. The features will also be extended to international markets.

PayPal plans to invest its money in companies that provide "complementary assets to our platform" that can drive growth, Rainey said. The company also announced Thursday it would introduce its buy, sell and hold crypto services to the United Kingdom in the near future.

"The types of services that we're providing, like buy now, pay later [and] crypto as an example — even offline QR code — those are the types of things that we want to continue to invest in, be it organically or even inorganically when we see opportunities in the ecosystem," he explained.

Buy now, pay later is a point-of-sale loan program that works much like layaway plans, allowing shoppers to pay for products via an installment plan with no interest or fees.

The crypto comments come as activity in crypto markets has picked up this year. Tesla made a splash earlier this week when the company disclosed that it purchased $1.5 billion worth of bitcoin and would also begin accepting the currency as a form of payment from customers. That followed a surge in interest for dogecoin, the digital coin that was blessed by Tesla CEO Elon Musk on his Twitter page.

Tesla's move to invest in bitcoin sparked wonders in the investment community if other companies would follow in the carmarker's footsteps. Earlier Thursday, Uber CEO Dara Khosrowshahi said that the topic was discussed but that the company ultimately declined to invest in the digital currency.

Schulman, who appeared alongside Rainey in the "Mad Money" interview, said PayPal grew free cash low by 48% in 2020 to $5 billion. He forecasts the company will generate $10 billion of annual free cash flow by 2025.

PayPal will be a consolidator in the financial technology industry, he said.

"We want to use that cash. We want to use our balance sheet as a strategic weapon," Schulman said. "That may be returning cash to shareholders and it may be through acquisition, but every one of those dollars matter to us and we really take our capital allocation quite seriously."

Last month, PayPal made its first acquisition since announcing in late 2019 that it would buy coupon aggregator Honey Science for $4 billion. PayPal took 100% control of the GoPay payment platform, which is based in China, in a deal that closed on Jan. 11.