Home » Markets » In 2010, Elon Musk had big plans for Tesla. Listen to his predictions

New York (CNN Business)Tesla is cashing in on the phenomenal rise of its stock price, announcing plans to sell additional shares worth up to $5 billion.

The company said the sales will take place “from time to time” at market prices.
Tesla has taken advantage of its soaring stock price by selling additional shares before. It frequently did so in its early years when the company was far more starved for cash. It also had two other multi-billion dollar sales of stock earlier this year.

Becoming profitable in the past year has also added to Tesla’s cash reserves. That profitability is one of the major factors driving the run-up in share price this year. It had $14.5 billion in cash on its books at the end of September, more than double what it had at the start of this year.
Tesla (TSLA) shares are up 668% so far this year through Monday’s close, although shares were slightly lower on news of the additional shares. Its market value topped $600 billion for the first time Monday, making it one of the most valuable US companies, and by far the most valuable automaker. Its shares are worth roughly as much as the next seven most valuable global automakers combined — Toyota (TM), Volkswagen (VLKAF), Daimler (DDAIF), General Motors (GM), BMW, Honda (HMC) and Hyundai (HYMTF).

The company is in the process of building new plants in Germany and outside of Austin, Texas, and is working to bring a pickup truck and a semi-tractor to market for the first time. Despite the need for cash to pay for expansion, at the start of this year CEO Elon Musk dismissed the idea of selling additional shares when asked about his plans by investors.
“We’re actually spending money as quickly as we can spend it sensibly,” Musk said on a January 29 call, when the company posted its first annual profit. “There is no artificial hold back on expenditures. Anything that I see that … looks like it’s got good value for money, the answer is yes, immediately. And then despite all that, we are still generating positive cash. So in light of that, it doesn’t make sense to raise money.”

But since then, Tesla raised $2.3 billion in cash through a round of stock sales in February, and an additional $5 billion through stocks sales in September. 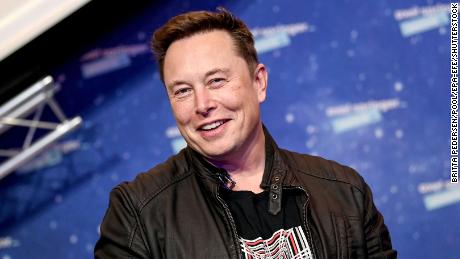 The company has had some unexpected costs since Musk discounted the idea of stock sales. Its main factory in Fremont, California, was temporarily closed for nearly two months by stay-at-home orders in California to fight the Covid-19 virus. But the plant continues to operate through the current round of shutdown orders in California.
Source: Read Full Article