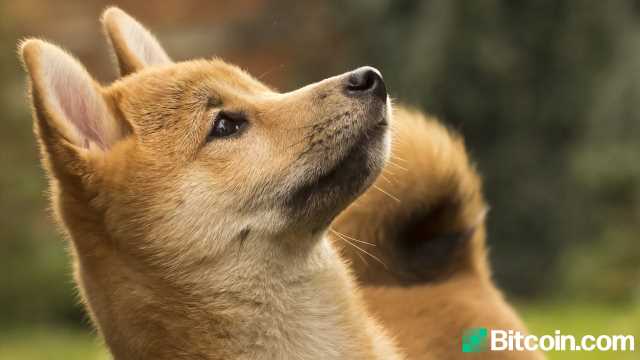 Just recently, the crypto asset dogecoin has seen some significant price gains and on Wednesday, Tesla’s founder Elon Musk tweeted about the digital currency incessantly. While people have been discussing the dogecoin pumps and Elon’s suggestive tweets, crypto supporters have been discussing a single dogecoin address that holds 36 billion tokens or more than 27% of the entire supply.

Dogecoin and the ‘Thickest Wallet’

Dogecoin (DOGE), the meme token that came to life on December 6, 2013, has seen its fair share of market action this year. The token is currently trading for $0.0455 per unit and is down over 8% during the last 24 hours. Dogecoin also touched an all-time high (ATH) seven days ago reaching an ATH of around $0.0791 per unit.

Since then, DOGE has lost 42.15% in value and has a market valuation of around $5.7 billion today. Just recently, the cryptocurrency community has been discussing Elon Musk’s tweets in regard to the meme token. In the midst of all the discussion, a number of people have been talking about one specific dogecoin address that holds over 36 billion DOGE today.

For instance, some individuals talked about the puzzling address when the hip-hop star and rapper Soulja Boy asked his 5.2 million Twitter followers: “bitcoin or doge?” This already notorious dogecoin address has been known by onchain-sleuths and shibe researchers for quite some time. The strange address received its first DOGE on February 6, 2019, as 500 dogecoins were sent to the address. This was followed by a transaction worth 60 DOGE and then another two sent shortly after.

Then all of a sudden, the perplexing address received over 1.6 billion dogecoin in one transfer. Months later the address took in massive amounts of dogecoin and from here on out the address has amassed over 27% of the entire DOGE supply.

Now it is suspected or there is speculation abound, that the address might belong to Elon Musk. This is because months after, Musk said to the public that “dogecoin might be my fav cryptocurrency” and followed up with tweets about dogecoin in 2020 and into 2021. All of which is simply circumstantial evidence, and there is no way of knowing who owns the DOGE address without the entity coming forward.

Changpeng Zhao (CZ), the Chinese-Canadian business executive, who is the founder and CEO of Binance, discussed the pros and cons of dogecoin (DOGE) on Thursday. CZ also noted that dogecoin distribution is very concentrated.

“Some pros/risks of Doge. Pros: Cool, fun, PR manager Elon Musk. Decentralized in the sense there [is] no “core team”. It’s abandoned,” CZ tweeted. “Risks: 1 address holds 27% of all DOGE. [The] top 20 addresses hold more than 50%+ of all DOGE. Kinda “centralized” in that sense – ‘abandoned,’” the Binance founder added. Data from bitinfocharts.com’s dogecoin rich list confirms this concentration of DOGE whales.

The Never-Ending Dilution of the Dogecoin Supply

The biggest risk with dogecoin is that it does not have halvings, there is never-ending dilution of the doge supply. This makes dogecoin unusable for long term savings. Contrast with [Bitcoin], which successfully had its third halving last year. 1 BTC = 1/21 million BTC, no dilution.

Dogecoin since it was created was supposed to be meant for fun, and the founders explicitly explained that it was different from other coins born at that time-period. However, the token has been susceptible to its fair share of pumps and dumps over the years. Temporarily, back in 2014 for a small period of time, DOGE trading volume was larger than BTC’s and all the other crypto volumes.

Despite this action in 2014, the market valuation at the time was much lower (still is) and the dogecoin supply is also much higher. At the time of publication, there is approximately 128,247,988,881 DOGE in existence, which is huge compared to other capped supplies.

Still, dogecoin is up 330% during the last month and against BTC it is up 319% over the last 30 days. 90-day stats show DOGE has gained a whopping 1,589.72% and yearly stats against the U.S. dollar shows dogecoin has gained 1,598.10%. Despite the massive gains, the 128 billion DOGE in circulation, the concentration of whales, and the mysterious address that holds 36 billion dogecoin, may make investors steer clear of this meme-based crypto asset.