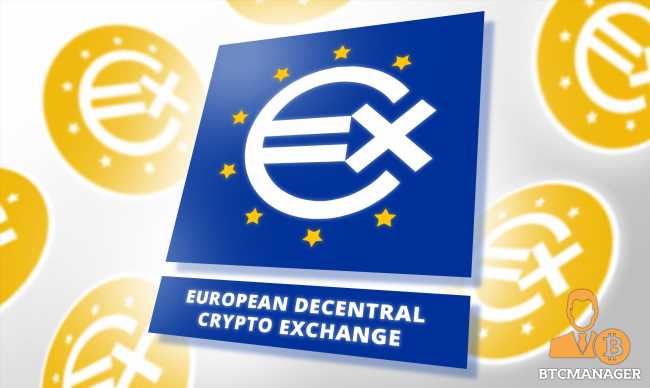 Over 32 million EDEX have been locked as part of EuroSwap’s Early Staking Program, an update on January 22 reveals.

According to EuroSwap, holders of its native token, EDEX, can earn upwards of 152 percent in APY with an option of receiving an additional 15 percent APY. This depends on the staked amount in any of the three official staking pools and the lock-up period which can be six months, nine months, or a year.

The EuroSwap’s staking rewards are designed to increase proportionally to the amount staked and the locking period. For instance, EDEX holders who stake their coins for six months receive a 71 percent APY, a figure which can double to 152 percent if they increase their holding period to 12 months.

There will be 746 million EDEX as total supply to mirror Europe’s population. EDEX is compliant with the BEP-20 standard and is core to EuroSwap’s operations. Through the EDEX fungible token, users can receive attractive benefits offered by EuroSwap, the most notable being access to ultra-high staking rewards.

EuroSwap is a decentralized exchange on the Binance Smart Chain (BSC), allowing, for the first time, the trustless trading for the Euro.

This is actualized following their partnership with the world’s leading payment processor, Visa, allowing for the opening up of fiat gateways for fiat transactions. Overall, the exchange is looking to accelerate the adoption of blockchain technology in Europe and across the world.

Because of this arrangement, it will be easier for millions of people across Europe and the globe to purchase EDEX and other cryptocurrencies using fiat straight from their Visa cards. At the same time, they can cash out and receive cash deposits conveniently and securely.

EuroSwap is Part of Europe’s Desire of Becoming Blockchain-Ready

The idea of EuroSwap came to life after Ursula von der Leyen, the European Commission President during the spring of 2021, said he wanted to make Europe receptive to blockchain technologies.

After six months of active development, EuroSwap’s developers in Austria tested its smart contracts before releasing their minimum viable product in November 2021.

EDEX’s price is also programmed to double biweekly, a value proposition that’s drawing investors and traders. Early adopters who believed in the DEX’s prospects purchased each token at 0.01€. EDEX prices have since increased to around 0.07€.

After activating the first swapper in December 2021–allowing the trading of the BUSD/EDEX pair—and the Early Staking program offering up to 152 percent APY, the team plans to get the platform’s smart contracts audited by CertiK and 0xGuard. From the swapper, the DEX charges a commission of 0.03 percent on every crypto transaction and 0.08 percent when the swap involves the Euro.

EuroSwap developers also plan to initiate an EDEX IEO in a leading cryptocurrency exchange’s launchpad to boost the coin’s liquidity. In their plans, immediately after the crowdfunding exercise is complete, EDEX will start trading as it is listed on the exchange. This will be a solid foundation from which EuroSwap plans to expand to reach a global audience.