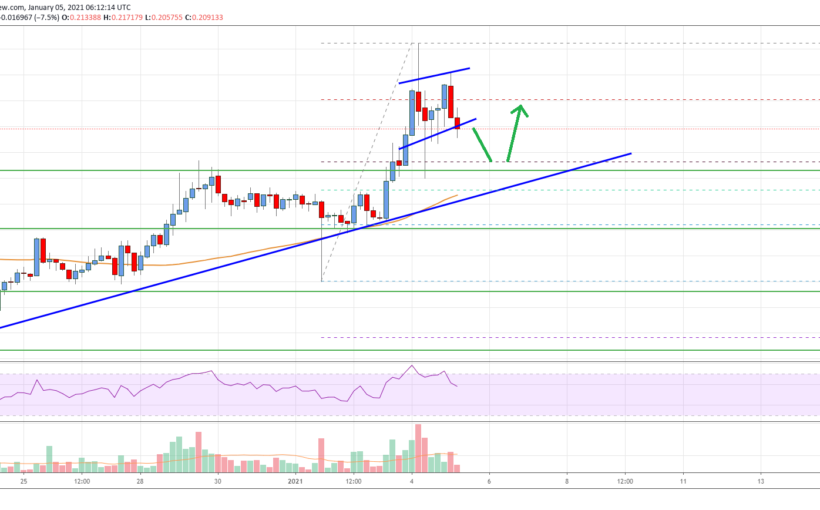 Cardano price is slowly moving lower from well above $0.2200 against the US Dollar, similar to bitcoin. ADA price must stay above $0.1900 to start a fresh increase in the near term.

There was a strong spike towards the $0.1950 support level. The price even tested the 50% Fib retracement level of the recent rally from the $0.1501 swing low to $0.2423 high. More importantly, there is a major bullish trend line forming with support near $0.1900 on the 4-hours chart.

Conversely, the price could correct again and test $0.1950. The next major support on the downside is near the $0.1850 level and the 55 simple moving average (4-hours), where the bulls are likely to appear.

The chart indicates that ADA price is correcting lower below $0.2100, but it is above the 55 simple moving average (4-hours). Overall, the price is likely to start a fresh increase as long as it is above the $0.1850 level.

4 hours MACD – The MACD for ADA/USD is losing pace in the bullish zone.

4 hours RSI – The RSI for ADA/USD is currently declining towards the 55 level.