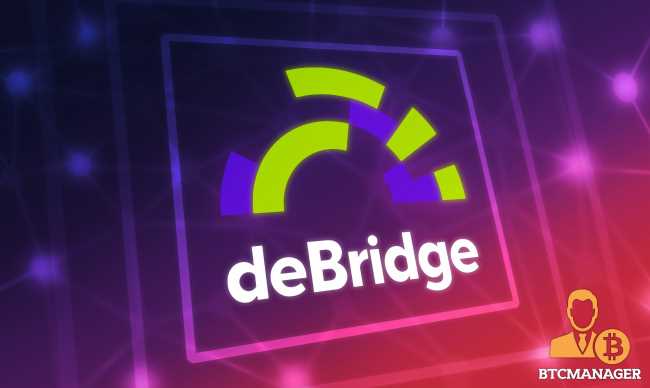 deBridge, a cross-chain interoperability and liquidity transfer protocol committed to enabling the decentralized transfer of assets between different blockchain networks today announced it had closed its latest funding round whereby it was able to raise $5.5 million.

For the uninitiated, deBridge started off as a project aiming to solve problems associated with cross-chain interoperability and swaps due to the lack of unified and convenient solutions in the industry.

The project officially commenced during the Chainlink Spring 2021 Hackathon where the deBridge team bagged the grand prize while competing with more than 140 talented teams from across the globe.

“The raised capital will help build infrastructure and decentralized services that allow any protocol to expand to any blockchain networks to achieve greater scalability, while seamlessly interconnecting protocol components in different ecosystems.”

Notably, deBridge will now focus on launching its mainnet later this year which will support Ethereum, BSC, HECO, Polygon, and Arbitrum. Further, the first phase of the protocol will allow projects and users to seamlessly perform instant cross-chain swaps and bridging.

The projects will also be able to start integrating with or build on top of deBridge, the announcement reads.

“As DeFi becomes a multi-chain phenomenon, decentralized bridges that can transfer value between distinct ecosystems will become increasingly important. We are excited to support the deBridge team as they build a product that enables the movement of capital between Ethereum, Arbitrum, and beyond.”

“With the advent of a mature multi-blockchain environment, a cohesive web for cross-chain communication has become not only a need, but a necessity. Due to its technically sophisticated nature, the ever-evolving notion of “interoperability” is still seen as one of the toughest nuts to crack in the blockchain world. We believe that Alex and the deBridge team have what it takes to tackle the ecosystem fragmentation and bring us closer to user-friendly and efficient multichain vision as the crypto industry moves towards the mainstream adoption.