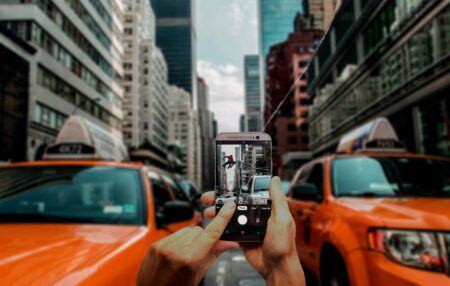 Kubert is best known for his work on Action Comics, Astonishing Spider-Man & Wolverine, The Incredible Hulk, Ultimate Fantastic Four, Ultimate X-Men, and Wolverine. He was “rated by Wizard magazine as one of the ‘Hot 10 Writers and Artists’ in the industry in 2008.”

Earlier this week, NFT art marketplace Portion, which describes itself as “the premier online marketplace connecting artists and collectors through Blockchain technology to easily sell, invest and own art and collectibles with complete transparency”, announced that “professional Marvel artists have decided to make Portion.io their home, and will be releasing approximately 25 unique Marvel pieces on the Portion.io platform.”

“Some of the NFTs will also be used to redeem the physical and original hand drawn work. We see value in working with individuals that have been able to channel some of the most creative and iconic Art in history. To celebrate this merging, the first NFTs come with original hand drawn art by the marvel artists. The first wave of artists are Dan Panosian, Matteo Scalera, Dave Johnson, Andy Kubert, Adam Kubert, and Eric Canete.”

On Thursday (February 18) CNBC reported that British auction house Christie’s will “auction an NFT-based work of art called ‘Everydays: The First 5000 Days’ by Mike Winkelmann, also known as Beeple, starting on February 25 and ending March 11.” According to Christie’s, this digital artwork was created over 5,000 days by Winklemann and that this “monumental collage” is the first purely digital artwork ever offered at the British auction house.

Featured Image by “cidva_” via Pixabay.com