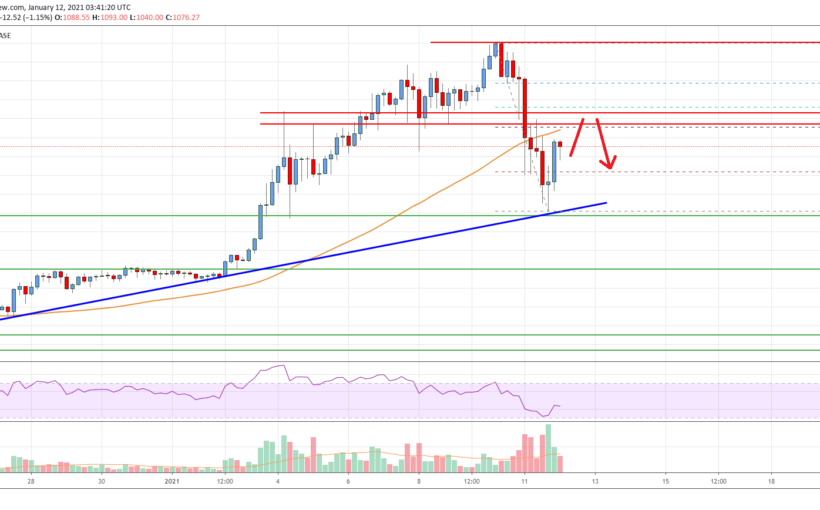 In the past few days, Ethereum saw a strong increase above the $1,000 barrier against the US Dollar. ETH price broke a couple of important hurdles near $1,150 and $1,200. There was also a clear break above the $1,240 level and a close above the 55 simple moving average (4-hours).

However, the bulls were able to protect the $900 zone. There is also a crucial bullish trend line forming with support near $920 on the 4-hours chart. The price traded as low as $904 and recently started a fresh increase.

Looking at the chart, Ethereum price is clearly facing hurdles near $1,130 and the 55 simple moving average (4-hours). Overall, ether price is likely to continue higher if it clears the $1,125 and $1,130 resistance levels in the coming sessions.

4 hours MACD – The MACD for ETH/USD is gaining momentum in the bullish zone.

4 hours RSI (Relative Strength Index) – The RSI for ETH/USD is now just below the 50 level.