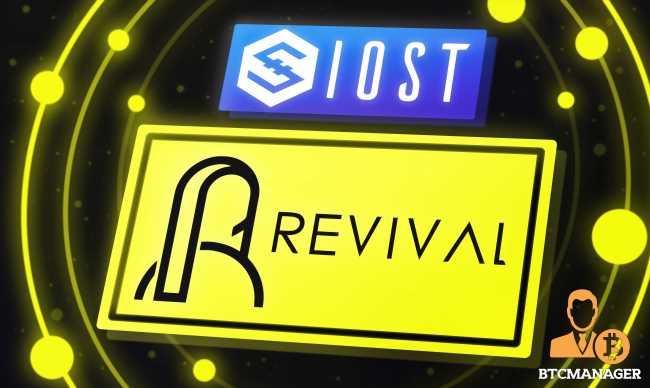 It should also be mentioned that the average number of daily active users on Revival has been recorded to be 150.

Revival’s Medici Support Program also remains open for all artists across the globe.

Thus far, the talent acquisition program for talented digital creators has attracted artists from as far out as the United States, Japan, China, Russia, India, and more countries.

Eventual approval by the team would lead to even more accumulation of artwork, including graffiti, paintings, and calligraphy.

Meanwhile, artists would receive start-to-finish technical and marketing support from the Emogi team.

Once they join the program, artists are only required to submit their digital artworks.

Afterward, the Emogi team will create, sell or auction the artwork, showcasing it to thousands of network users.

The Revival NFT marketplace, which launched on July 20, is an easy-to-use platform with a simplified user interface, gasless transactions, and ultra-fast settlements for all NFT operations.

These attributes are because IOST–a high throughput, decentralized and activity-dense network–powers the Revival NFT marketplace.

Revival is on the path of promoting the adoption of NFTs, maintaining that no artist is too big or small to showcase their work in a decentralized environment without go-betweens.

Celebrating the Successful Launch of the Revival NFT Marketplace

At the moment, the Revival team has said it is giving away 200 Limited Edition of “Venus” NFTs and one million LOL tokens to commemorate their successful launch.

The campaign, split into two events, is ongoing and ends on Aug 4 at 10 AM UTC.

In the first event, the Venus NFT Badge Giveaway, the Emogi team will randomly select 200 winners who have at least made a trade on the Revival Marketplace and award them with a limited-edition “Venus” NFT badge.

The second event, which will precipitate on Aug 4, will see the Emogi team take a snapshot of users’ locked LOL tokens at 9 AM UTC. The top 10 LOL holders will equally share a prize pool of one million LOL tokens.

All winnings will be distributed within one week after the campaign ends.