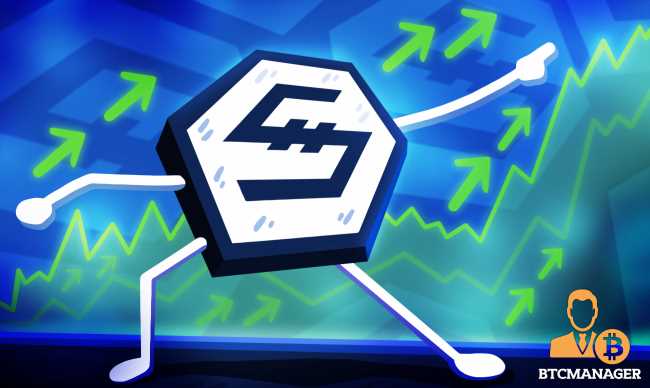 Amid the current crypto bull market, IOST has been one of the top performers with the token gaining more than seven-folds year-to-date (YTD) making the altcoin one of the best performing so far in 2021.

Trading volume for the 82rd-ranked cryptocurrency by market capitalization is also experiencing an upsurge in 2021. Indeed, the 24-hour volume is up almost 10% in the last trading period and could soon be on course to touch the $1 billion milestone.

DeFi Making a Splash on IOST

Part of the reason for this parabolic advance can be traced to the emergence of decentralized fiance (DeFi) and non-fungible tokens (NFT) functionality on the IOST ecosystem.

The IOST protocol has managed to take advantage of the different groundbreaking developments in the crypto sector.

Decentralized finance, also known as DeFi, continues to solidify its mark in the cryptocurrency industry. However, most of these projects run on the Ethereum blockchain, which is notorious for its high gas fees, causing traders to seek less expensive options.

IOST, meanwhile, has been involved with a number of DeFi integrations to serve as a better alternative for traders. As previously reported by BTCManager in December 2020, IOST partnered with Korea-based decentralized platform Donnie Finance, with the latter planning to launch six financial services.

Later in February 2021, the DeFi platform announced that it would airdrop 10 percent of the DON token supply to IOST holders, consequently causing the spike in the IOST price. The airdrop scheduled for February 25, would expose IOST users to the DeFi project.  IOST also integrated major stablecoin HUSD.

Another factor that propelled the IOST price was staking support from major exchanges.

Earlier in January, the decentralized scalable blockchain announced that major crypto exchange Binance was joining the platform as a partner node.

In addition, the exchange giant staked over 800 million IOST tokens on the IOST network, offering users the opportunity to stake the tokens and earn rewards. Binance offered a high annual percentage yield (APY) of over 54% for a limited period.

The third factor that caused the altcoin’s high price performance, was the introduction of NFTs. The NFT sector has witnessed steady growth since 2020, with the hype around NFTs increasing in 2021. In the past 30 days, there have been over $100 million in NFT sales.