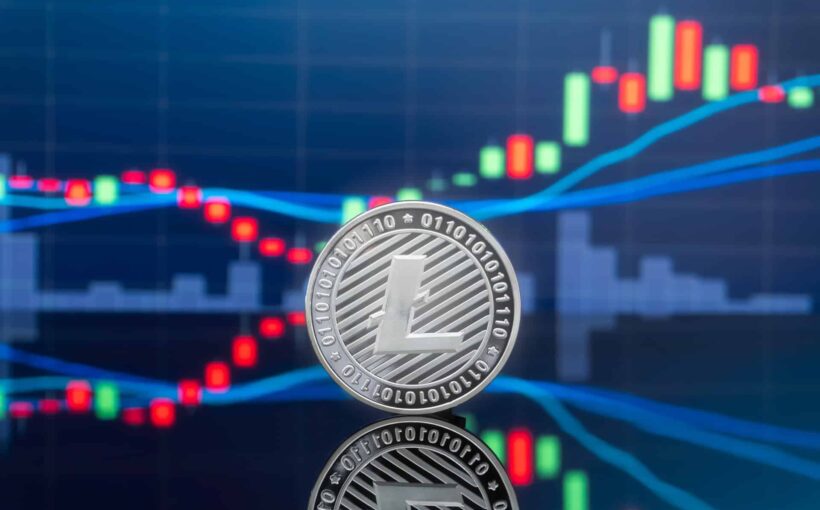 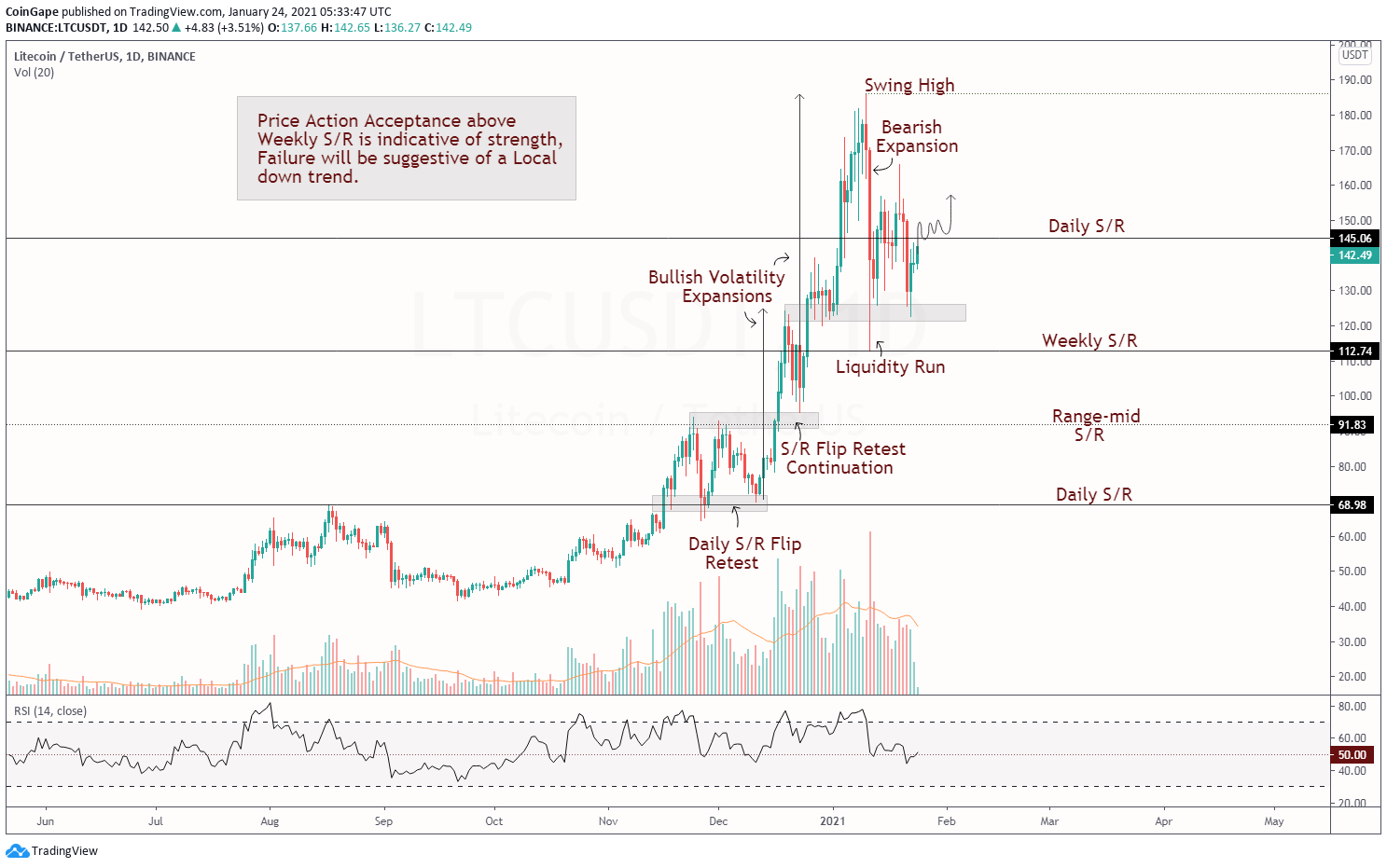 Perceiving LTCUSDT’s chart, price action is current trading under a key Daily S/R level that needs to be breached for a bullish bias to be valid. Price action has deviated from its swing high with a strong bearish expansion into a liquidity run. Tapping the mid Weekly S/R validated an S/R Flip Retest of the level, this confirmed price action acceptance as price is trading above the current bullish order block.

Predominantly, price action has maintained a higher low projection with confirmed S/R Flip retests along the way. Each key technical level have been breached with increasing volume, this is suggestive of a strong uptrend with no signs of a local top being set. Again a climatic node will be redolent of a short-term down trend, this will be apparent with a confirmed market structure change. 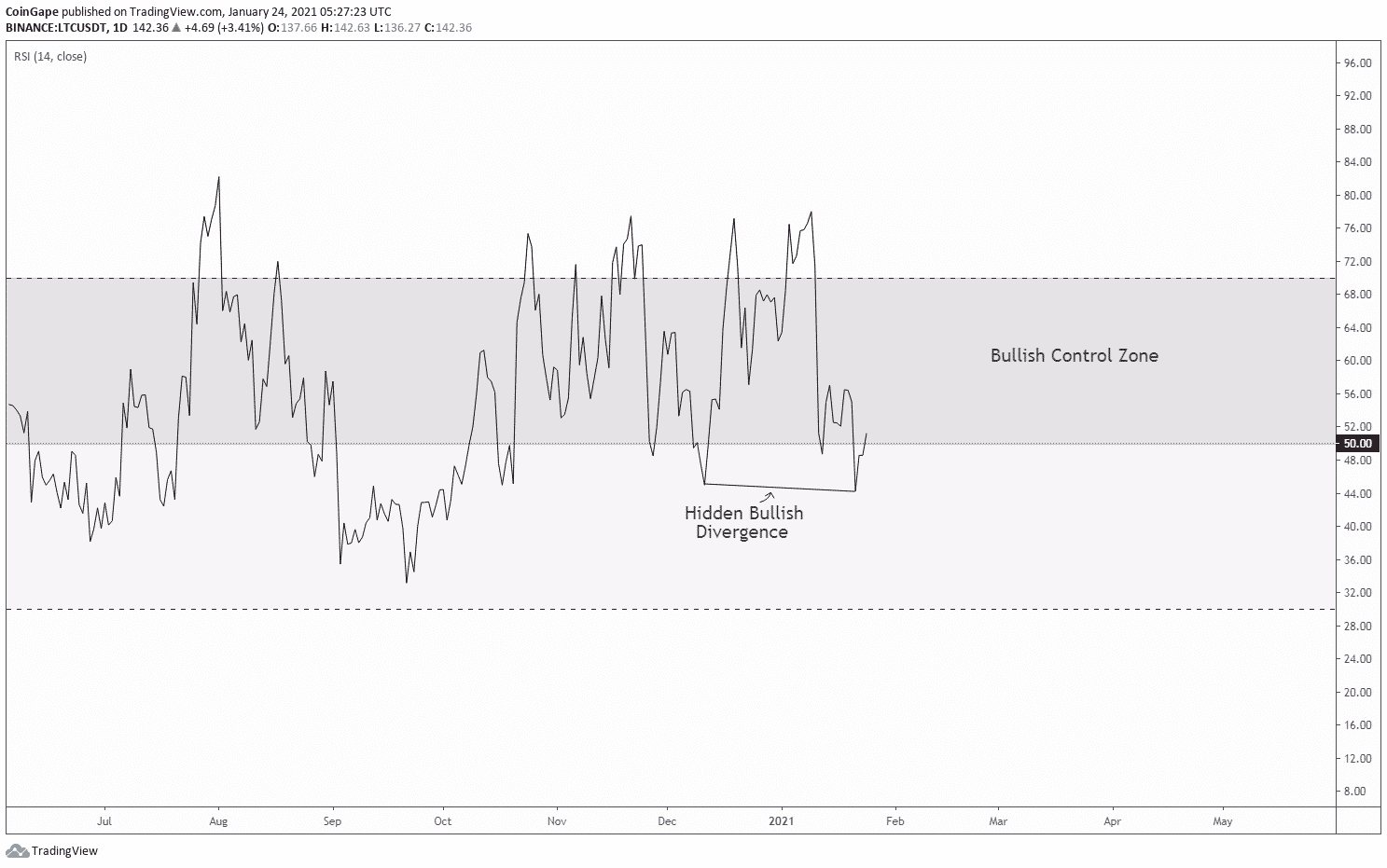 Referring to the current Daily RSI of LTCUSDT, a valid hidden bullish divergence can be speckled. This is suggestive of strength as the prevailed short-term selling is coming to exhaustion. Price action has confirmed a higher low whist the RSI has respectfully established a lower low. This is a tail sign characterises of a momentum shirt in the immediate short term. A bullish however can only be confirmed with a true break of the Daily S/R as mentions earlier.