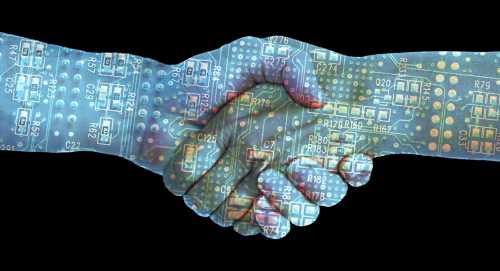 For months now, banks and financial institutions all over the world have invested considerable capital in blockchain technology research and project development. The Bank of America for instance has just filed a couple of patents meant for a blockchain system that will improve the tracking process of file transfers in real time.

By utilizing this system, blockchain technology can be integrated with both memory and communication devices, therefore better facilitating the process of data transmission and processing. According to the patent, blockchain technology will be used to better transfer and track large volumes of data while also using cryptographic keys during the process to boost security significantly.

Further, the system being patented will reportedly handle two specific types of data processing, these being the data transfer, but also the log of the cryptographic keys, meant to identify the data packets and their real-time processing development.

While filing the patent, the following description was used: “The present invention is directed to providing a novel technical solution that reduces transactional and informational complexities and transforms the processing of electronic files and management of data contained within such files.”

The decision to file these patents strengthens the trend banks have been following, considering the fact that since 2014, the BoA alone has filed over 20 patents on blockchain technology and digital currencies. Some of the other patents include a system which uses distributed ledgers in order to verify and authenticate information, alongside with patents for a P2P payment system utilizing the very same technology.

What do you think about the Bank of America’s latest patents, their blockchain projects, and patents on blockchain or crypto technology in general? Let us know in the comment section below.