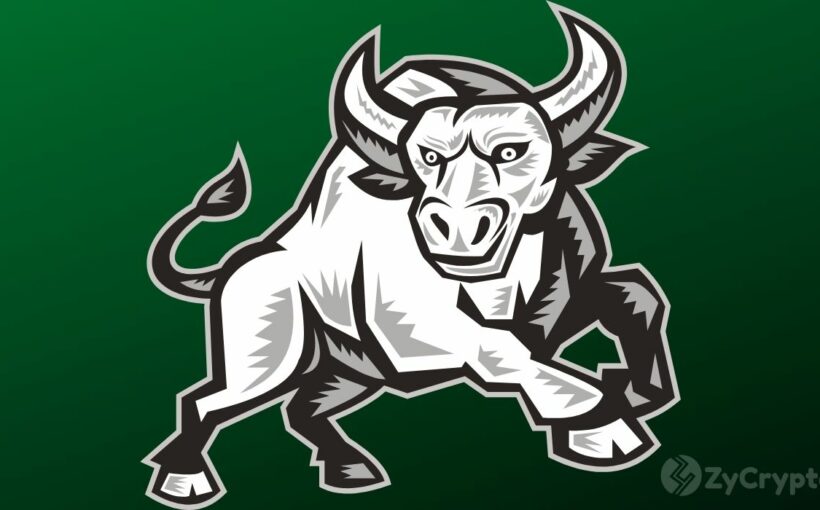 Since Bitcoin arose from its three-month value comatose, many more super whales and big-money investors have continued to fatten up their portfolio and splash extra cash on more BTCs.

Last week, over 20,000 BTCs were noticeably exchanged to wallet addresses already holding significantly large amounts of BTCs since the value draught in May. This is aside from MicroStrategy’s additional purchase of 3907 additional BTCs which tilted the company towards a $5 billion business of digital asset holding. The turn of events signifies a return of confidence in large spending investors and corporate institutions who now hold close to 8% of the market’s total assets and may be looking to drive more price increases and make more profit from it.

As Chainalysis shows, in the recent past, holding whales have become the driving force behind Bitcoin’s value surge. Since the year 2021, February marked the highest peak of whale ownership of BTCs, nearly topping the 400k mark during the period. Since the bullish run began, the chart now shows a noticeable increase up to half the realized peak period recorded in February. 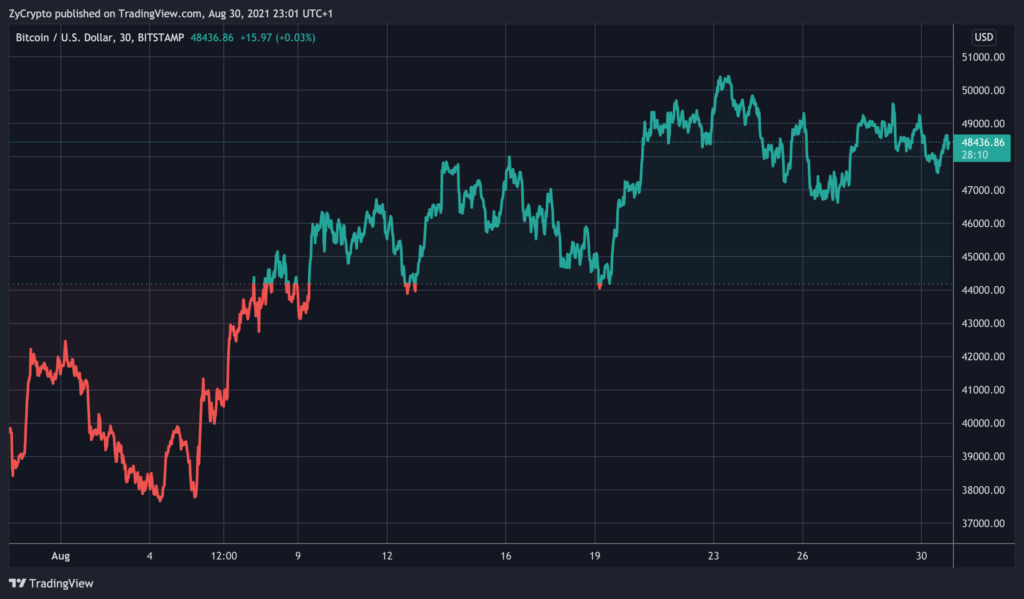 For a good number of hedge funds, the bullish enthusiasm does not seem to wane anytime soon. There are uptight predictions of the possibility of Bitcoin crossing the $100,000 mark before the end of 2021. This may turn out more realistic than imagined as El Salvador prepares to seal the deal on Bitcoin legal tender status within the first week of September. All El Salvadorians will get $30 worth of BTC each as a kickstart and persons willing to invest up to 3 BTC in the South American nation becomes instantly eligible for the country’s residential status.

The interesting thing about these class of investors who have over $50 million invested in cryptocurrency is that they tend to hold onto three-quarters of their total accumulated asset for longer periods of time” remarked one Twitter analyst, “and this is crucial for the market which is sorely in need of relative stability to close in on the much desired global acceptability.”

Bitcoin is currently valued at $47,919 as of publication, signifying less than 2% value loss over the last 24 hours, and a cumulative 5.5% loss in the past week. It has slightly fallen from its $1 trillion market cap share index by approximately $100 billion, but still, present bullish buy signs in the light of growing demand and positive holding indexes.