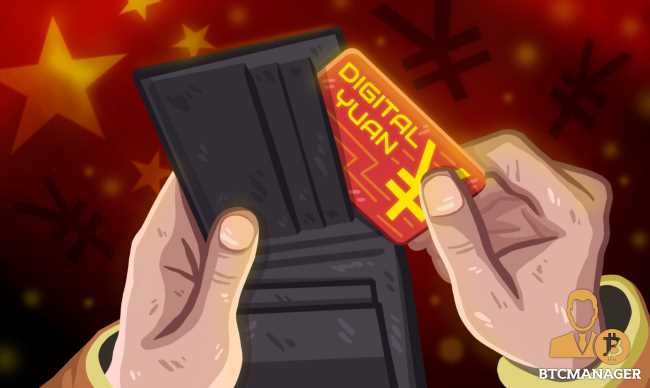 China’s central bank, the People’s Bank of China (PBOC) has stated there is increased interest in its upcoming central bank digital currency (CBDC) project, and this could be partly due to the recent surge in bitcoin price.

According to CNBC on Friday (April, 2, 2021), Wang Xin, the research bureau director at the PBOC believes that more people are becoming aware and paying attention to its digital yuan project, indicating a “very strong interest” in China’s upcoming CBDC project. The PBOC official stated that part of the reason for the digital yuan interest could be attributed to bitcoin’s recent bull rally.

The price of the flagship cryptocurrency has been on a tear since late 2020, recording several new all-time highs (ATH). Currently, bitcoin is trading at nearly $60,000, having surpassed the figure earlier today.

Although the PBOC mentions bitcoin price surge as a possible factor for the increased interest in the digital yuan, cryptocurrency remains banned in China. The country is well-known for its anti-crypto stance, following a ban on initial coin offerings (ICO) and its crackdown on cryptocurrency exchange platforms.

Apart from bitcoin, the PBOC official said that the involvement of central banks globally to create a digital version of their fiat currencies, is another factor fueling interest in the digital yuan. Countries like South Korea, Japan, India, Turkey, Ukraine, Australia, and Canada are involved in researching and creating their CBDCs, with central banks in Asia recording progress.

A CNBC translation of Wang Xin’s comments in Mandarin reads:

“On one hand, this is related to more and more central banks in the world participating in the development of domestic digital currencies. On the other hand, this (interest) may also be related to the large increase in the price of bitcoin.”

Wang Xin further revealed that there would be more digital yuan trials. China, which began its CBDC research back in 2014, has been involved in extensive trials in different parts of the country.

One of the most common methods of conducting a CBDC trial is through a lottery program, where authorities airdrop an amount of digital yuan to selected winners. The first of such events occurred back in October 2020 in Shenzhen, followed by two more digital rmb airdrops in January 2021.

Other cities like Suzhou have also carried out lottery programs. In December, the citizens authorities distributed $3 million worth of digital yuan to 100,000 winners. The government conducted another airdrop in February 2021. In each airdrop event in Shenzhen and Suzhou, each winner received a red packet containing 200 yuan.