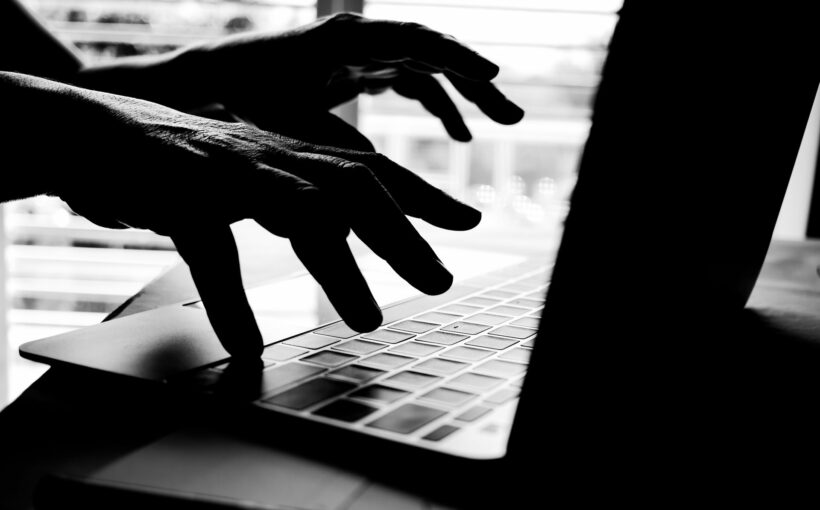 Bitcoin hardware wallet maker Ledger has recently put a spotlight on personal financial security after hackers leaked the details of thousands of customers online. Those who sought to protect themselves from criminals instead were pushed into the line of fire.

Now the situation for Ledger has gotten much worse, after an email to customers was distributed informing them of yet another data security issue, this time involving e-commerce merchant partner Shopify and what that company claims to be two “rogue employees.”

Among the first pieces of advice new crypto investors receive, is to never invest more than one can afford to lose – or lose sleep over – and to make sure the private keys to any bought Bitcoin are owned and kept by you personally.

The safest way to do this, with an added benefit of keeping assets offline and out of the reach of would-be hackers, is to store cryptocurrencies like Bitcoin on a cold storage, hardware wallets like Ledger and Trezor.

Both companies had long been known for creating solid products, and as the crypto market grew, the brand and its growing product lineup attracted thousands of customers – customers that when making a purchase, used their private, personal information such as name, home address, and phone number as they always do when buying online.

But the security of digital assets goes beyond the device you store them on. It also requires strong personal operational security to ensure important details aren’t put at risk or exposed to hackers.

So while any Bitcoin is stored offline and behind a seed phrase, because hackers now have the address where crypto could be stored along with phone numbers that can be used to gain access to SIM cards, Ledger has put their entire customer base at serious risk recently.

Thousands of customer details were leaked online late last year, but the struggles Ledger is facing regarding their customer’s data is only beginning.

According to reports on Reddit and Twitter, Ledger has begun emailing customers that had their personal data stolen by two “rogue employees” working for e-commerce merchant services provider, Shopify.

Businesses all over the web rely on Shopify to power their e-commerce interface and back end. More than 200 Shopify merchants were impacted, Ledger included.

Shopify claims there’s “no evidence” of the data being used in any way, however, because of a string of threats and hacking attempts that previous victims have already experienced, adding fuel to this dumpster fire will only further harm Ledger’s reputation in the crypto space. 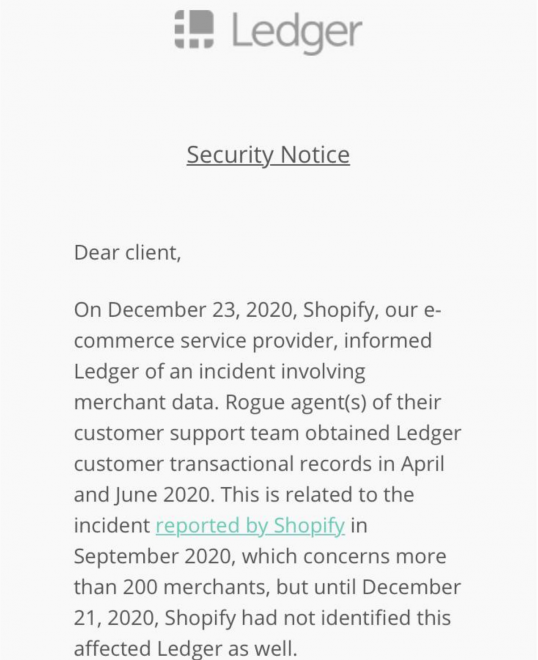