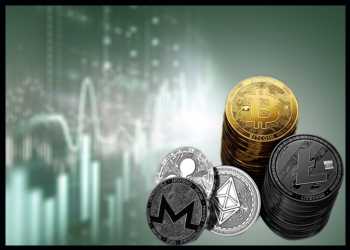 Turbulence in crypto world is here to stay. Bitcoin prices are close to breaching the $50,000 mark again after retreating from recent peaks a few days ago. Newer cryptocurrencies are emerging as contenders to the supremacy of established coins like Bitcoin (BTC) and Ethereum (ETH). It will do well to notice which coin has moved and which has lagged.

Last week we had shortlisted Bitcoin and 14 Altcoins that topped in market capitalization and compared their month-to-date returns for August as well as monthly returns for July and June.

This week we will go deeper to see how these coins have fared in various price and capitalization parameters since our last analysis.

If we were to select a 15-coin basket again today based on market capitalization toppers, then it wouldn’t be the same as in previous week.

Apart from changes in ranks, there is a new entry to the top-15 league. VeChain, a blockchain platform that is specially created to improve supply chain management is now ranked in 14th position based on market capitalization. VeChain (VET) has entered the top-15 after an 8.35 percent rally in prices between our last analysis and now. Its market capitalization was $8.8 billion as on September 1 and $2.9 billion, 6 months ago. Its price has surged by 217 percent in the past 6 months.

According to Vechain.org, the Vechain platform contains two distinct tokens: VeChain Token (VET) and VeChainThor Energy (VTHO). VeChainThor is a public blockchain that is designed for mass adoption of blockchain technology by business users of all sizes. It is intended to serve as the foundation for a sustainable and scalable business blockchain ecosystem.

Polkadot (DOT), has slipped to 8th position from a notch above as on 27 August despite strengthening by 21 percent. Solana (SOL), with a 30 percent price uptick has moved to rank 7 from rank 8, between that date and now. Polygon (MATIC) declined by 0.66 percent in price and slipped from rank 12 to rank 13. Internet Computer (ICP) gained 5.77 percent and moved up to 12th position from 13, a week ago. Stellar (XLM) gained by 1.06 percent but slipped from rank 14 to 16th position now. All the other coins have maintained status-quo on ranks.

Last week was turbulent for most coins, coming as it was after a recent peak, a waning exuberance and then a smart recovery.

Solana (SOL) was the best performer in the 7-day returns analysis with a surge of 65.70 percent. Solana is an open-source project based in Geneva implementing a permissionless blockchain. It is a decentralized blockchain built to enable scalable, user-friendly apps for the world. The programmable blockchain, similar to Ethereum or rather a contender to the top-most Altcoin Ethereum, can run multiple decentralized finance operations. Its market capitalization was $32.3 billion as on September 1 and $3.7 billion 6 months ago. Its price has surged by 717 percent in the past 6 months.

The turbulence is an opportunity too. And in crypto world, time and tide wait for none other than those who time the entry.