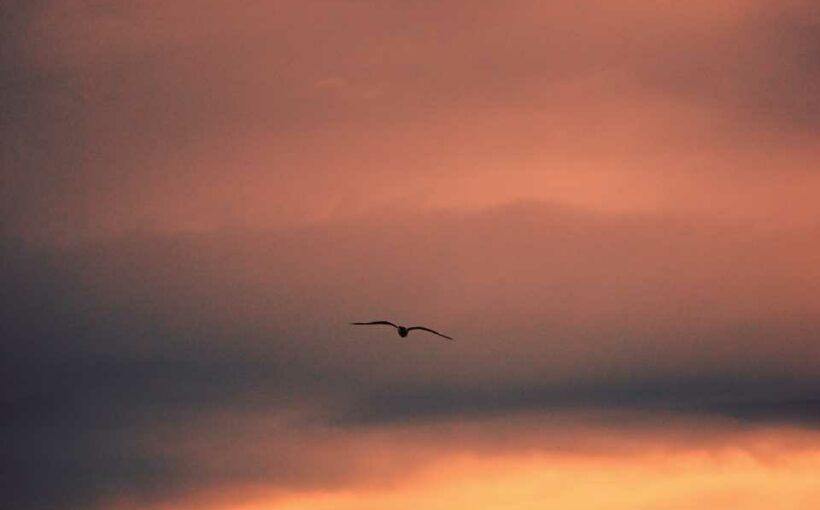 Ethereum briefly crossed over the $2,000-level, a benchmark target for many bulls as they await a breakout price rally in the world’s second-largest cryptocurrency market.

The ETH/USD exchange rate surged to $2,007 during the Asia-Pacific trading session Friday. The pair’s move uphill coincided with a drop in the Bitcoin Dominance Index — a metric that measures the flagship cryptocurrency bitcoin’s market cap against that of the rest of the crypto market — to its lowest levels since October 2020. 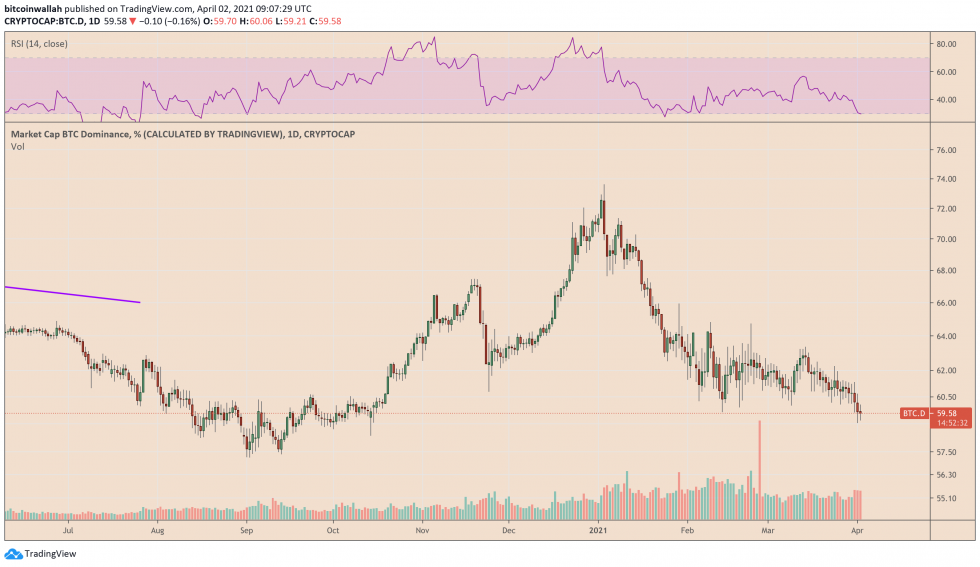 A plunging index suggested a relatively higher capital moving into the bitcoin rivals, which may have pushed the Ethereum prices higher. Other cryptocurrencies, including Bitcoin Cash, Litecoin, Chainlink, and Binance Coin, also rallied higher over the prospect of a so-called “altcoin season.”

The main question remains whether Ethereum could continue trading upward as its trades near $2,000, which is also notorious for triggering sell-offs. One analyst on Twitter thinks that ETH/USD needs first to confirm a daily close above $2,000 to flip the level into support. Should the pair manage that, it would face no resistance in extending its rally to as high as $2,500.

“Daily close above $2k would be the highest daily close that Ethereum has seen,” the pseudonymous entity wrote. “$2.5k programmed for later this month.”

Ethereum is the New Internet

Recent fundamentals backed an upside scenario. The latest rally in Ethereum markets closely followed Visa’s decision to conduct a stablecoin transaction on its legacy payment platform. The dollar-pegged token in concern was USDC, which functions atop the Ethereum blockchain.

Meanwhile, on April 1 (believing it was not the April Fools prank), billionaire investor Mark Cuban admitted that he owns many Ethereum tokens, praising its smart contracts features that would back the now-booming decentralized finance and non-fungible tokens sector.

“That’s what changed the game,” the television personality added. That’s what got me excited. [And] that’s why it’s a lot like the internet.”

Ethereum is breaking out of a symmetrical triangle, a consolidation pattern that appeared during an uptrend. That slightly increases the cryptocurrency’s potential to log an extended bullish move, with upside targets as high as the length of the previous uptrend. That puts ETH/USD en route to $3,000 in a short-term scenario. 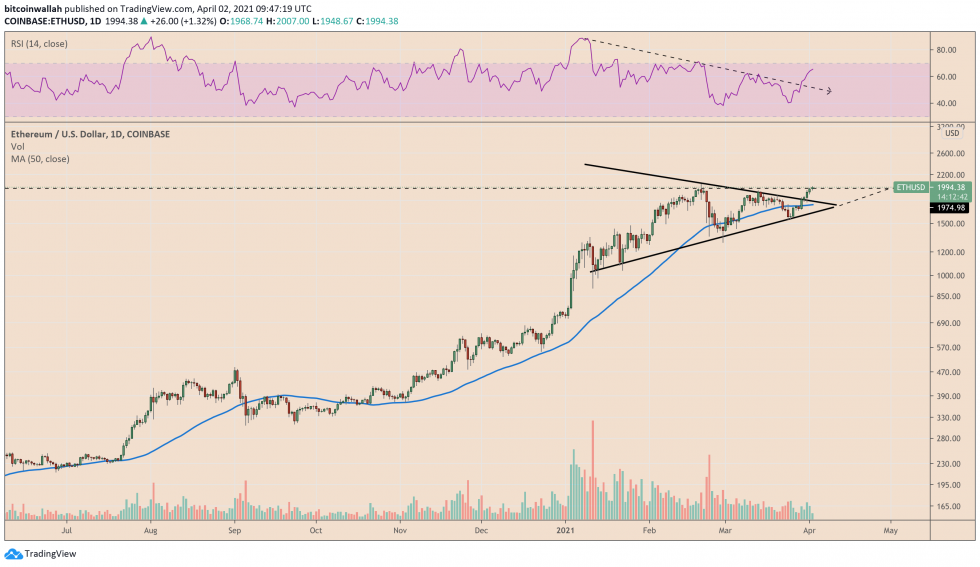 One red flag in Ethereum’s daily chart is a bearish divergence between the token’s relative strength indicator and price. That hints at bullish exhaustion.

Photo by Robert Eklund on Unsplash