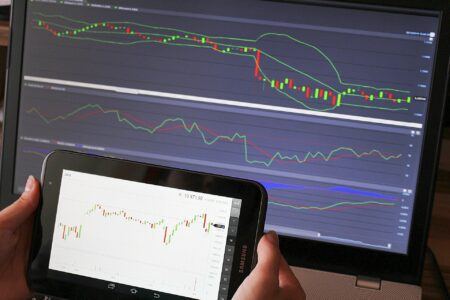 Jeff Currie, Goldman Sachs’ head of commodities research, has said that more institutional investment could help calm bitcoin’s volatility at a time in which the market is showing signs of maturing.

Speaking to CNBC’s Steve Sedgwick in an interview,  Currie revealed he believes that more money from the financial world would need to flow into bitcoin to help stabilize its volatility. Bitcoin is currently trading close to $38,000 after moving up exponentially over the last few weeks.

The cryptocurrency’s price broke through its previous all-time high in the middle of December of last year ,and its price kept on steadily going up to hit a new all-time high close to the $42,000 mark. Over the weekend it plunged to about $30,500 and has since recovered. The sell-off seen this week wiped off as much as $200 billion from the crypto market.

To Currie, the market is beginning to mature, but more institutional investment is necessary. He said:

I think the market is beginning to become more mature. I think in any nascent market you get that volatility and those risks that are associated with it.

Currie added that the “key to creating some type of stability in the market is to see an increase in the participation of institutional investors.” Right now, he said, institutional investment in BTC represents “roughly 1%” of the cryptocurrency’s total market capitalization.

Bitcoin’s popularity as a store of value similar to gold has been rising among investors amid unprecedented economic stimulus that saw some see a need to hedge against inflation and potential currency debasement.

The well-known volatility of cryptocurrencies could, however, be putting off some investors. Bitcoin’s last significant rally was in 2017, when it hit a high near $20,000 and then crashed to little over $3,000 in a year-long bear market. CryptoCompare’s Bitcoin Volatility Index (BVIN) shows the index went from 91.69 to 153.7 – a 66.4% surge – so far this year with BTC’s significant rise, subsequent plunge and recovery.

The cryptocurrency’s rise, partly fuelled by increasing corporate adoption, has led to some very bullish price predictions. Earlier this month, a team of J.P. Morgan global market strategists led by Nikolaos Panigirtzoglou reportedly wrote in a note to clients that over the long term Bitcoin’s price could get to $146,000 and higher.