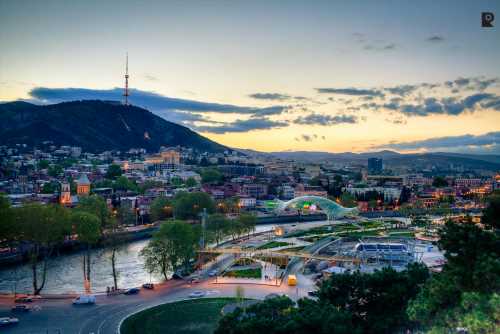 The Government of the Republic of Georgia will set up a Blockchain platform that allows local consumers to receive digital information regarding real estate matters. This was revealed by the country’s Justice Minister (Tea Tsulukiani). He also announced the platform will be used starting this year.

Minister Tsulukiani mentioned that Georgia can now enroll in said system mainly because of the Public Registry’s efforts. One of their initial steps is to insert documents and keep real estate citations within the system. The government will make sure to provide its citizens with comprehensive information. Georgia will be among the first countries in Western Europe to use the Blockchain technology.

The government-supported effort to stock up real property documents on Blockchain comes after Rotterdam City in the Netherlands disclosed its plan to initiate a pilot project involving Blockchain. This will bring to a close binding real estate lease contracts within Rotterdam. ABN AMRO, a large Dutch bank in Amsterdam, also embarked on Torch (Blockchain app) recently. This was created in collaboration with IBM and log details which will be accessible to traders, land owners, tenants, notaries, banking institutions, and regulatory agencies.

In the United States, Cook County (Illinois State) properties will be among the first to be transferred on Blockchain by a government office. This was developed by Velox, provider of this unique platform, to provide more comprehensive information about unoccupied buildings in Chicago to help avert fake property transfers. According to said agency, Blockchain facilitates a next-generation system for property documents.

Blockchain and the Real Estate industry

Blockchain is capable of transforming real estate through Disintermediation, Prevention of Fraud, Money 2.0, and Smart Contracts.

Real estate transactions have become complicated and costly because of the following:

Using digital currencies like Bitcoin can lead to Disintermediation or removal of these middlemen from the convoluted process.

Blockchain allows real properties to maintain digital addresses with features such as building performance, finance, legal, physical, and occupancy. These can preserve and transmit historical transactions. Data will be made available online promptly and related across multiple properties. Transaction speed will be shortened from months or days to several minutes or seconds.

Fraud in this industry is widespread. Scams on sub-leases are carried out by ordinary con artists and mortgage lenders or even large banks. It is done through forgery of paper documents which include bank statements, title deeds and drivers’ licenses. How does Bitcoin currency prevent such schemes?

It can by presenting a fully incorruptible resource wherein both senders and recipients of money are recorded. If digital certificates of ownership for these properties are saved, Blockchain will be effective in dealing with forged papers and bogus lists. These unique certifications will be very difficult to replicate and linked directly to a property in that system. It makes selling or advertising assets that you do not own practically impossible to do.

The Blockchain currency is characterized by software which can be programmed unlike paper currencies. Crypto-currencies can be programmed for Escrow and self-distribution. With traditional currencies, you still need third parties and banks. One function of this virtual currency is known as multi-signature. Users have private keys to approve transmittal of Bitcoin to their intended recipients. They can create transactions using three confidential keys. Two of these are compulsory for spending.

Bitcoin makes real estate escrows more secured and inexpensive.  It is Money 2.0 since the currency is impervious to restrictions. For instance, the Chinese Government tries to maintain strict control over the Yuan by limiting its citizens to send only the equivalent of $US50, 000 abroad per individual annually. For the first time, Chinese households represented the biggest group of overseas residential property buyers in the USA. The Bitcoin is not kept in bank accounts but in electronic wallets. These are stored in computers or mobile phones.

Protocols of Blockchain like Bitcoin and Ethereum are able to execute Smart Contracts. The objective of this contract is to cut down the need for human beings to process and confirm agreements. Software protocols automate and self-implement actions once specific conditions are complied with. Smart Contracts can modify real estate business is conducted radically. In traditional transactions, determination of outcomes is made by third parties like judges, arbitrators and juries.

With Smart Contracts, transactions like transfer of titles are implemented using the virtual currencies as payment mode. When transfers are completed, ownership of the property can be verified through records available to the public on the Blockchain. The smart contract will ensure that the transfer takes place as soon as the money is received.

This Smart Contract is performed automatically based on pre-determined policies and agreed upon by concerned parties without intervention from other persons. There is minimal fraud risk and no need to impose implementation of agreements by way of external measures. Henceforth, no particular performance act is needed to facilitate property transfers after settlement is done since the Bitcoin is transferred without human intervention. The transfer is also published through electronic medium.

The Bitcoin technology has finally arrived at the Republic of Georgia. The real estate sector will definitely be improved with the advent of this platform. Indeed, there are remarkable prospective applications for this novel Distributed Ledger System in the industry. One should take a careful look at the advantages and disadvantages of Blockchain compared to the existing title record-keeping techniques. By understanding these benefits and downsides, it is possible to apply improvements making use of Bitcoin technology.