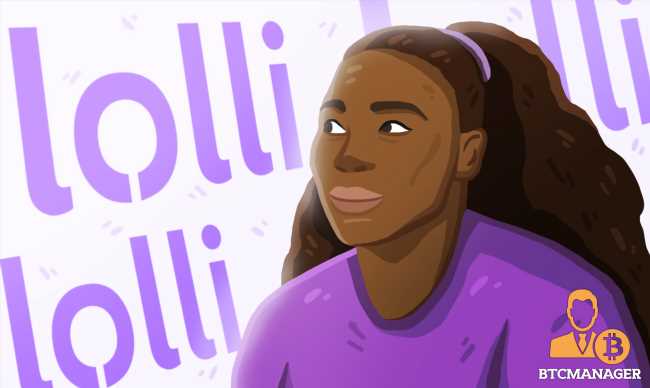 Blockchain startup Lolli has reportedly raised the sum of $5 million from a suite of investors led by Serena Williams, her husband (Alexis Ohanian), and other YouTubers.

This is not the first time the Bitcoin rewards company, Lolli, has successfully raised funds from investors. Last year, Lolli raised a $3 million seed round led by PathFinder, with participation from Digital Currency Group (CoinDesk’s owner), Michelle Phan, and Ashton Kutcher.

Bitcoin is on a bull run and crypto is booming, so firms with strong use-cases are utilizing this opportunity. Lolli, which incentivizes shoppers to go to its partner stores with bitcoin rewards sent to a wallet, now boasts of over 1,000 merchants and 250,000 users.

The co-founder of Lolli, Alex Adelman, says the company currently offers an average of 7% bitcoin-back rewards at retailers such as Microsoft, Booking.com and Ulta. He added that Lolli users have also earned more than $3 million in bitcoin rewards to date.

“We started out with the idea of educating people about bitcoin. So we just attached it to something that everybody does: shop. People think about investing when they think about bitcoin, but there’s probably less than 1% of the world that would consider themselves investors. Everybody would consider themselves a shopper. The ultimate goal is financial empowerment and financial inclusion, which are also key reasons Serena Williams and her team support Lolli,” he stated.

Serena is also positive about the investment, as Lolli makes Bitcoin more accessible beyond just institutional investments, to the average crypto enthusiast. In her words: “I’m excited to announce my investment in Lolli, a company on a mission to make bitcoin more accessible. Earning and owning bitcoin is a step towards financial inclusivity for all people,” she added.