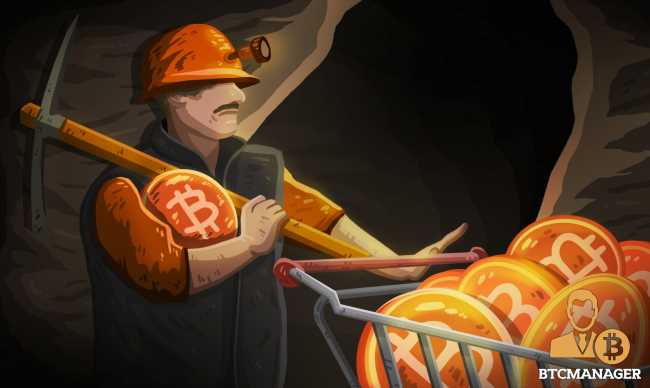 Demand for bitcoin (BTC) mining rigs has increased by threefold in Vietnam since late August when the global crypto markets started showing signs of a fresh bull run. Market participants in the region say the prolonged COVID-19 pandemic has also made investors turn to crypto mining, according to a Vnexpress report on September 6, 2021.

The price of bitcoin (BTC) and other cryptocurrencies have been showing signs of recovery from the more than 50 percent dip experienced in May, triggering fresh interest in bitcoin mining activities in Vietnam.

Per sources close to the latest development, bitcoin mining rig sellers in the region have seen a three-fold increase in sales since late August/ early September, as the prolonged COVID-19 pandemic lockdown, coupled with the rising prices of digital currencies, has made crypto mining the preferred choice of investment for residents once again.

“First, bitcoin, ether, and altcoins have all seen price hikes, and miners have started making profits again. Second, the pandemic has prolonged, reducing investment options, and so more people have opted for crypto mining.”

The Chinese government took its unending crackdown on bitcoin and other cryptocurrencies to another level earlier in May 2021, when it outlawed Bitcoin mining operations.

While the move initially devastated miners in the region and caused a significant drop in Bitcoin’s hashrate and mining difficulty, normalcy is gradually returning to the industry as miners have now migrated to more crypto-friendly jurisdictions like North America, Kazakhstan, and others.

It’s worth noting that China’s loss of its bitcoin mining power has been described by some observers as a blessing in disguise for the ecosystem, as the nation heavily relies on coal for electricity generation instead of renewables.

Vietnam on the other hand, generates over 4o percent of its energy through hydropower, with natural gas and coal representing 31 percent and 26 percent of its power generation, respectively. In the same vein, the Asian nation of fewer than 100 million inhabitants has one of the lowest electricity tariffs in the continent (about 8.1 cents/ kWh as of 2019).

While the Vietnamese government has since made it clear that bitcoin is not a legal tender, the people of Vietnam are the second-highest users of crypto in the world, after Nigeria, according to Statista.

At press time, the bitcoin price is hovering around $51,403, with a market capitalization of $966 billion, according to CoinMarketCap.