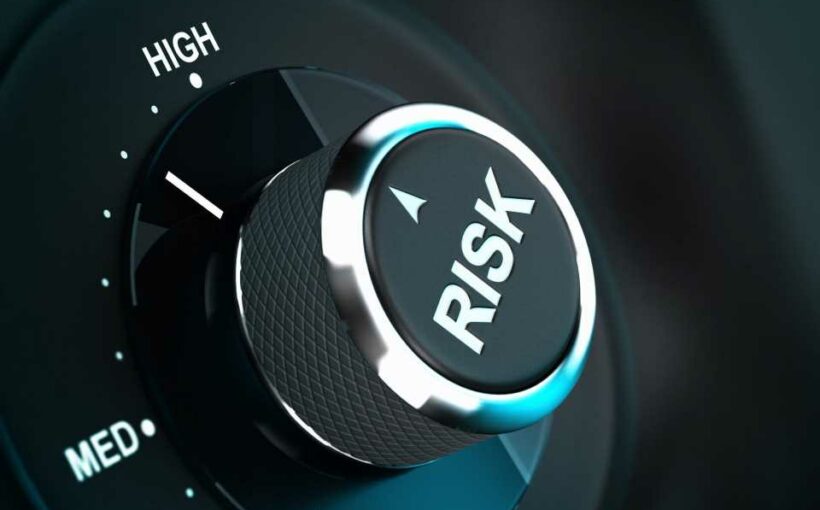 Bitcoin price is trading well above $58,000 currently and is arguably only just beginning its bullish impulse. Prices are expected to reach hundreds of thousands per coin, and while few deny that outcome, it might not arrive as soon as some investors think.

According to a de-facto on-chain tool for timing local tops and bottoms, Bitcoin risk is now at the highest potential for downside in three years. Past data shows when the metric gets this overheated, a reset can happen before the uptrend continues. In some instances, however, not only did the tool call the local top, it was able to pick the peak of the bull market. Which is it this time?

When Bitcoin was created, with it arrived distributed ledger technology better defined as blockchain. Transactions are recorded transparently, and all on-chain activity is visible to all who desire to view it. The technology offers an innovative accounting system, but the data it provides can also be used effectively for fundamental analysis, and can even be used to predict future price movements with some degree of accuracy.

The most obvious example of on-chain activity impacting price action, is in the protocol’s hard-coded block reward halving, which reduces the supply of BTC that comes into the market. Other important metrics include the total number of addresses, how many coins they contain, the network’s hash rate, and more.

Another tool to measure network activity that has in the past shown usefulness at forecasting price action and even potential trend changes, is the Bitcoin NVT, or Network Value to Transactions. 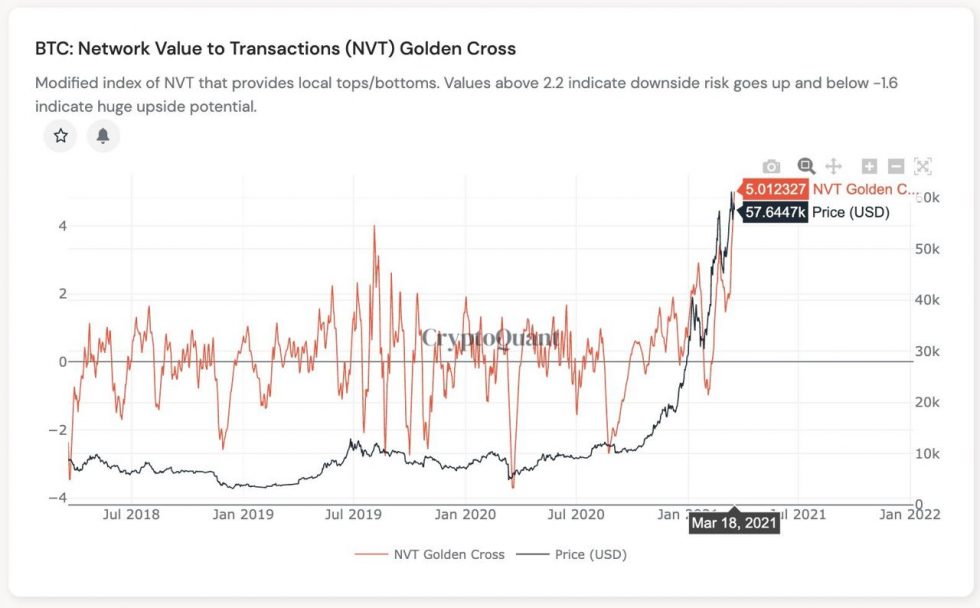 Currently, according to analysis from CryptoQuant, the NVT Golden Cross indicator has reached a three-year high at a reading of over 4. “Values above 2.2. indicate downside risk goes up,” the report reveals. At over 4, risk is off the charts in Bitcoin, but so has been the bullish momentum.

What NVT does is looks at the amount of value being transacted across the Bitcoin network compared to the total value of the network, which is essentially the asset’s total market cap of over $1 trillion.

The tool was designed by Willy Woo to call out when the cryptocurrency was overvalued compared the value being transacted across its network. However, due to a variety of factors, Woo has abandoned the original formula, and instead other versions of the tool such as Crypto Quant’s Golden Cross indicator have been developed.

But the original NVT tool is also screaming sell, and although the effectiveness clearly isn’t as strong as it used to be, there’s at least some indication that the potential for a local, or even longer term top could be in.

Could risk be too high for the bull market to continue for now?