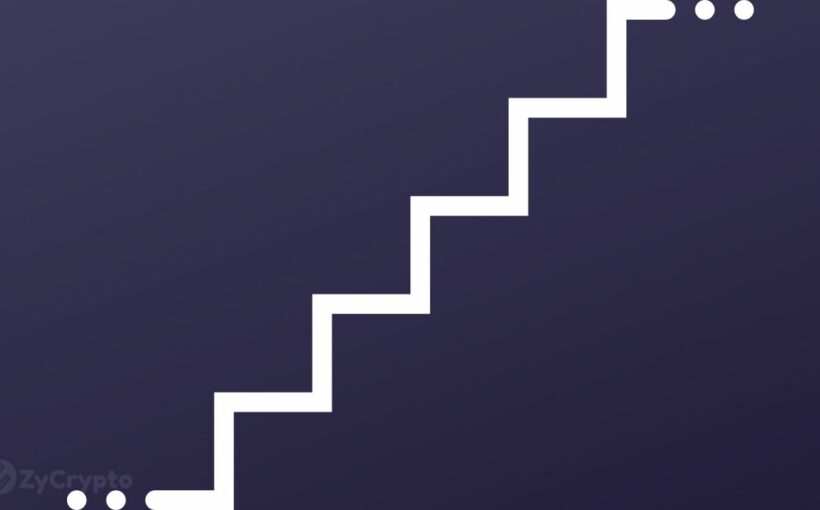 Bitcoin investors will be glad to bid September goodbye after nearly a month of unimpressive prices. October has started with a massive bang sending Bitcoin and other cryptocurrencies soaring to new highs.

Bitcoin climbed by over 10% in under 24 hours to reach $48,436 on the first day of October. For investors around the world, Uptober is in full gear and promises to be a positive month for the asset. 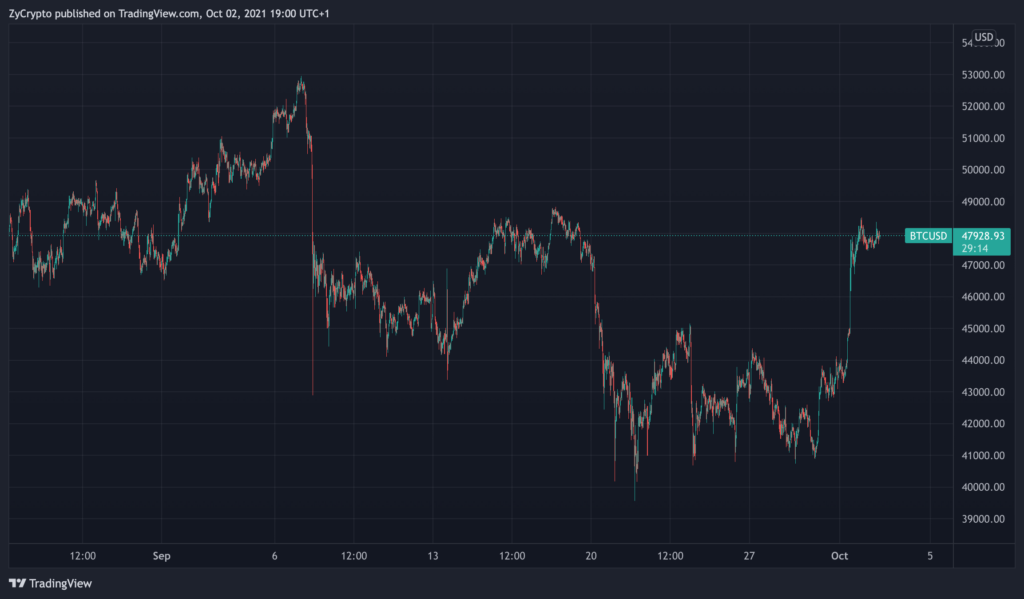 The immediate reason for the spike in prices has been linked to a short squeeze leading to liquidations of up to $270 million in less than one hour. Cryptocurrency enthusiasts are still basking in the euphoria of Federal Reserve Chief, Jerome Powell telling congress that there is “no intention to ban cryptocurrencies”. On the other side of the world, Iran lifted the ban on Bitcoin mining while El Salvador successfully mined its first bitcoin through the use of geothermal energy from its volcanoes.

Other cryptocurrencies were not left out from the price rally. ETH, ADA, XRP, and several top cryptocurrencies notched impressive gains amid the general uptrend. This global crypto market gained 5%, giving it a market capitalization of $2.09 trillion.

October Is Bullish For Bitcoin

Historically, Bitcoin finishes October on a high note with average gains of 13%. This makes it one of bitcoin’s most productive months, earning it the moniker – Uptober. October 2020 is widely considered by several analysts as the start of the bull run that culminated in bitcoin reaching an all-time high of $64,863 in April.

It remains somewhat early to predict if this could be the start of a bull run for the asset but analysts believe that this would be a decisive month for the asset. Commodity strategist at Bloomberg Intelligence, Mike McGlone expressed his belief that October could usher in the first US Bitcoin ETF. Assuming his predictions are accurate, it could open the floodgates for more institutional investors, leading to a sharp increase in the price of the asset.

September was not the best of months for Bitcoin but October presents the perfect opportunity for investors to recoup the incurred losses. If history repeats itself, Bitcoin can expand its market share that currently stands at 42%.