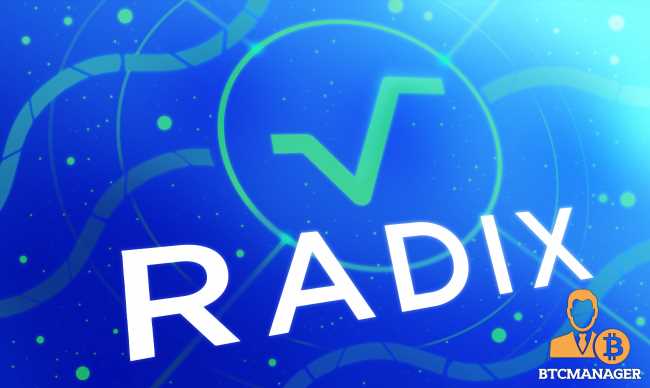 The original blockchain trilemma, a coin termed by Ethereum founder Vitalik Buterin, hypothesized that architects are often forced to make a trade-off between the three characteristics of scalability, security, and decentralization.

Historically, platforms would often focus on obtaining two of these aspects at the expense of the other. Scalability was perhaps the most obvious trade-off, ensuring greater security and decentralization and worrying about scalability later. Significant adoption growth in the crypto space meant scalability became a more pressing issue sooner than anticipated, with bottlenecks in throughput and high transaction fees hampering major blockchain utility.

There was never a law that all three trilemma characteristics could not be solved simultaneously, however, and project developers have taken different approaches to bring scalability to well-established security and decentralization models. While layer 2 technologies have been deployed with some success for certain blockchains, the most dominant proposed scaling solution to date is sharding.

Proposals from projects like Polkadot, Cosmos, Algorand, and Ethereum 2.0 are all based on sharding solutions that deliver magnitudes of higher transaction throughput compared to earlier generations of networks while maintaining security and decentralization, seemingly solving the blockchain trilemma.

But there’s a catch. While their approach may solve the trilemma, it presents a quadrilemma by breaking the characteristic of atomic composability. Unless solved, this destroys the use case for many of the latest generation of DeFi projects that rely on such vital simultaneous interoperability between applications to function. Now, there is a solution for this too, demonstrably proven by the relatively unknown project, Radix.

Existing sharding scalability platforms can deliver on all three characteristics of the original trilemma, though impacting the composability taken for granted in unsharded shared environments. Some solutions attempt to solve this by either grouping dApps that regularly interoperate into the same shard or; by using sequential rather than simultaneous cross-shard commits. Unfortunately, this ends up either leading to scalability issues again or creating more complex development environments that are prone to faults. It also fails decentralized finance platforms that rely on the cross-shard atomicity of simultaneous interoperability.

Radix is the first layer 1 protocol specifically built to serve the booming decentralized finance industry. It obtains the characteristics of scalability, security, and decentralization, without breaking atomic composability by using a radically different approach to solving the blockchain quadrilemma.

How Does it Work?

Radix provides a frictionless alternative to competitors to meet the increased scope of DeFi applications over time with continued interoperability. The network comprises four pillars designed to bring DeFi adoption to the mainstream.

Radix uses a formally proven novel pre-sharded data structure and consensus mechanism called Cerberus, which removes the barriers between shards. Rather than split dApps between a static set of shards, Cerberus uses an unlimited set, with dApps represented dynamically across these shards, resulting in limitless parallelism. This means that no matter the demand load, more nodes can be incentivized to spread the load and increase throughput without creating bottlenecks.

Each shard, therefore, has the freedom and efficiency to run fast consensus independently, plus the flexibility for Cerberus to “braid” these consensus processes together temporarily when cross-shard transactions are required. This braided cross-shard consensus approach is just as atomic and secure as single-shard consensus, meaning that composability is just as free and frictionless as on a single blockchain, without the scalability limits. Competing chains simply haven’t achieved this yet, nor can the capability easily be added to existing networks.

Radix’s functional programming language, Scrypto, allows developers to build their own smart contracts. The Radix Engine then provides a development environment built specifically for DeFi applications using finite state machine “Components” rather than Ethereum-style Turing-complete smart contracts. Components can be designed and analyzed much more predictably. This makes them more safe, secure, powerful, cheaper, and faster than complex ones made in Solidity, for example, that lead to ambiguity and exploitable vulnerabilities such as The DAO hack, Parity wallet freeze, and a slew of recent vulnerabilities.

Radix can therefore help projects to deliver on the promise of decentralized finance, without concerns over hacks, exploits, and system failures that have previously hampered the space.

The Component Catalog allows developers to select functionality from secure templates and plug them together easily, lowering the barrier to building secure dApps. Previous Components that are added to the Radix Catalog can therefore be combined to create additional Components, enabling a Lego-style building block system for the efficient deployment of DeFi applications.

Most protocols create finite developer funds as part of initial fundraising to bootstrap a network and get it up and running, though they often lack long-term incentives. Radix incorporates an on-ledger developer royalty system instead. Component developers who contribute to the Catalog can include a fee in transactions every time their Components are used, delivering recurring revenue incentives, and creating a decentralized marketplace for DeFi utility.

Radix’s four technology pillars provide a foundation for decentralized finance infrastructure, delivering the level of scalability, security, and decentralization required, without breaking the atomic composability – so vital for the latest DeFi use cases.

After seven years of development and following a successful $12.7 million token sale of eXRD, the initial Radix mainnet is scheduled for Q2. In the meantime, its Cassandra research network presents the first implementation of Radix functionality in a proof of concept that provably solves the blockchain quadrilemma today.