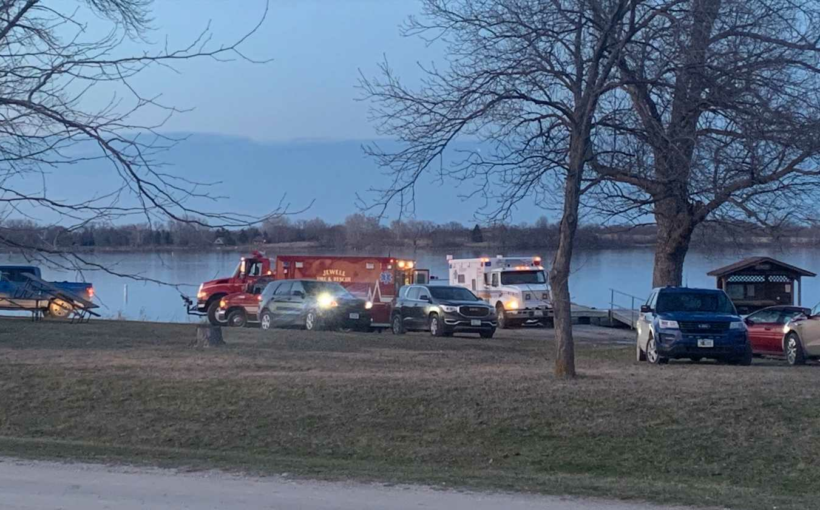 JEWELL, Iowa – A student is dead and another is missing after a boat carrying five members of the Iowa State Crew Club capsized on a lake Sunday morning, the university said.

The incident occurred as the group was practicing on Little Wall Lake, south of Jewell, Iowa, in Hamilton County, according to a news release from the university.

Three of the students were rescued from the water, treated and released from a local hospital. The body of another student was recovered by a dive team while the fifth student was still missing Sunday evening, officials said.

Hamilton County Sheriff Doug Timmons said the search was to resume Monday morning after divers looked for the student until nightfall Sunday.

The sheriff’s office said Sunday night that, “out of respect for the students involved they will not be named until the families can be properly notified.”

Timmons said authorities rescued the three students from the lake with the help of civilians. “We’ve also had several heroes that live in the buildings out here, came out and help the individuals,” Timmons said. “This could have been a lot worse,” he added.

Roger Fritz, the former mayor of Roland who lives on the west side of Little Wall Lake, said he saw authorities by his home around at 9:30 a.m.

Started around 9:30 AM. 1 person swam to south shore, 1 person to north shore, 1 person rescued via a kayak, then transferred to Stratford Fire boat. 1 man and 1 woman were among the recovered, suffering from hypothermia. My guess is the water is about 40 degrees.

The wind was blowing about 20 to 25 mph from the northwest when the crew team was on the lake, Fritz said. “The lake was pretty rough,” Timmons added.

What caused the boat to capsize was still under investigation, Timmons said.

Little Wall Lake, a 249 acre lake formed thousands of years ago by glaciers, has a maximum depth of 13.2 feet, according to the Iowa Department of Natural Resources. In most spots, it’s 6 to 9 feet deep, Fritz said.

“I’m guessing they probably got swamped in some heavier waves,” Fritz said. “Those crew boats are really shallow.”

The lake was frozen over until three weeks ago, Fritz said. At nearby Ames Municipal Airport, the temperature was 37 degrees Sunday morning, according to the National Weather Service.

The Iowa State Crew club regularly practices at Little Wall Lake, according to the club’s website.

“The Iowa State community is heartbroken to learn of this tragic accident at Little Wall Lake,” Iowa State President Wendy Wintersteen said in a statement. “At this time, we are focused on providing support to club members, their families and friends. We ask that everyone keep them in their thoughts during this very difficult time.”

U.S. Rep. Randy Feenstra, whose district includes the lake, expressed condolences on Twitter Sunday night, saying he was “devastated to learn about this tragic accident at Little Wall Lake. Please join me in keeping these students and their families in your thoughts and prayers.”