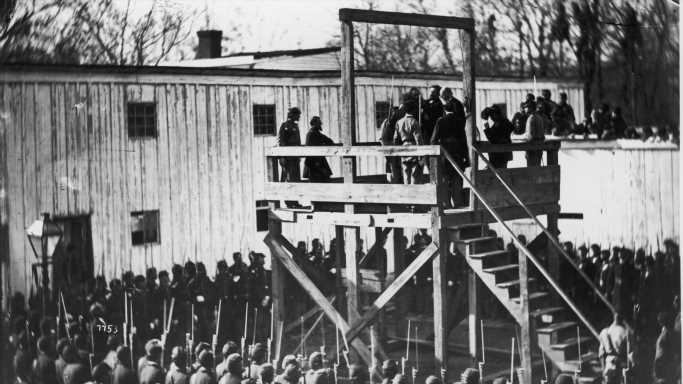 Photography was still relatively new in 1861 as the Civil War began, but when America’s bloodiest conflict ended four years later, it had become possibly the most photographed event of the 19th century.

To assemble a collection of photographs of the Civil War, 24/7 Tempo reviewed historical archives from Getty Images and Wikimedia Commons. The scope of images ranges from horrifying to those chronicling the everyday life during the war.

Until photography captured what happened on the battlefield, the public’s knowledge of war was limited to written newspaper accounts and drawings. Actual images of the results of conflict changed the public’s perception of war forever. The photos of Civil War casualties were the shocking result of what some historians called the first modern war, because the Industrial Revolution had produced the machinery of death on an unprecedented scale.

Photographers Matthew Brady, Alexander Gardner, and George Barnard – among those whose work is represented here –  formed a team to record images of the war. Besides shooting portraits of Union soldiers, President Abraham Lincoln on horseback, and officers weighing strategy in tents, they also photographed the war in all its hellish fury. (In the tradition of these photographic pioneers, here are 35 horrifying images of World War II.)

Click here to see 25 horrifying images of the Civil War

Their photos of dead soldiers on the battlefield in the aftermath of the Battle of Antietam in 1862 were shown at an exhibition in New York just a month after the battle, and shocked the public. One of the photos was chosen by Time magazine as one of the most influential images of all time. (Antietam was one of the most pivotal battles that made America what it is today.)