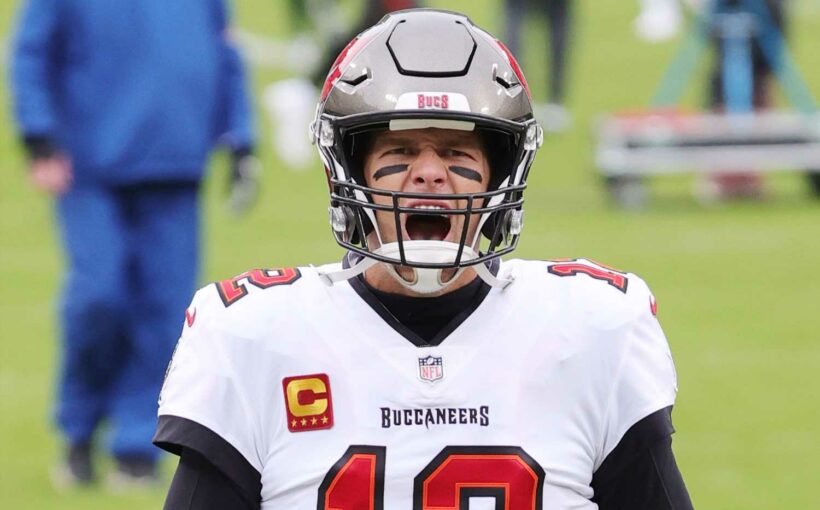 There's no doubt that Tom Brady is doing something right.

At 43, Brady is about to be the NFL player with the most Super Bowl appearances as he heads to his 10th big game on Sunday, where his Tampa Bay Buccaneers will face off against the Kansas City Chiefs.

Brady credits his longevity and success to his strict health and wellness regimen, the TB12 Method, which he co-created with his longtime trainer Alex Guerrero.

One of the key components in Brady's plan is his sleep routine.

Brady said in his 2017 book, "The TB12 Method: How to Achieve a Lifetime of Sustained Peak Performance" that he sticks to a 9 p.m. bedtime and he wakes up at 6 a.m. (for nine hours of sleep).

Here's what else is in Brady's sleep routine, according to his book.

No eating too close to bedtime

Brady makes sure he doesn't eat anything too late in order to give his food time digest before he goes to sleep. He also avoids alcohol and caffeine, which research has linked to sleep disruption.

"The last thing I eat at night is dinner—and if I ever eat dessert, I try to do it after lunch, so the excess sugar won't keep me up at night," Brady said in his book.

No exercise before bed either

Brady likes to get his workouts in early.

"If you exercise at night, make sure it's two to three hours before you go to sleep, since you don't want to overstimulate your body and brain," he wrote.

Brady said he turns off all his electronic devices a half hour before bedtime to avoid distractions. His wife, supermodel Gisele Bündchen, doesn't even allow cell phones near the bed when they sleep, according to the book, and their bedroom has no TV.

For Brady, the ideal sleeping temperature is around 65 degrees Fahrenheit. "I like my room cool, dark, and as quiet as possible to make sure I get a great night's sleep," he said in the book.

Additionally, though he did not say whether he uses it himself, Brady said in his book that "[c]ontaminants like animal dander and dust can interfere with proper breathing and sleep," and suggested putting a plant in the bedroom to filter out carbon monoxide and pump more oxygen into the room.

A negative ion generator (on Amazon for about $30), is another option, according to Brady, who wrote that it can enhance respiratory function, filter out indoor air pollutants and guard against mold and bacteria. However, while some studies have shown that negative ions can clean indoor air, the heath benefits relating to humans need to be further verified.

In 2017, Brady and his trainer Guerrero partnered with Under Armour to launch a line of bioceramic recovery sleepwear utilizing far infrared rays, which the TB12Sports website claims restore muscles faster, and which Brady said he wears to increase oxygen flow.

However, while some studies have shown that far infrared rays can improve circulation and muscle regeneration, more research is needed, as much of the data has come from rat studies and or very small human studies, according to ESPN.

"I don't think that it's a proven technology, which is why it's not FDA-approved. It's possible theoretically, but the exposure and the optimal duration for there to be any benefit is not clear," Jocelyn Cheng, MD, assistant professor of neurology at NYU Langone Medical Center in New York City told ESPN.

The best credit cards for building credit of 2021