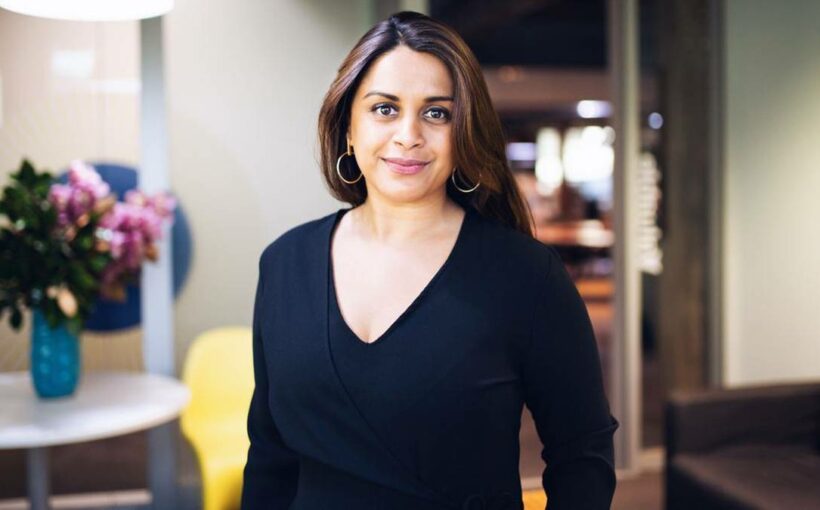 DDB Worldwide chief executive Marty O’Halloran was ready to board a plane from Auckland to New York, when he found out that his New Zealand chief executive Justin Mowday and chief creative officer Damon Stapleton were set to join Accenture to start a new Auckland agency.

The flight was quickly cancelled and he turned his attention to finding a new leader for one of the standout agencies in the global DDB network.

In what must be a record turnaround for CEO recruitment, O’Halloran has today announced the appointment of Priya Patel as the new group chief executive of DDB Group Aotearoa, overseeing agencies DDB, Tribal, Mango, Track and Interbrand.

In appointing Patel, O’Halloran is making a big statement – not only to the 60 per cent female staff at DDB in New Zealand but also to the local industry.

Nothing about Patel is conventional in an industry that has cruised along comfortably in pre-existing grooves.

The Oxford-educated Londoner will become the first woman and first non-Pākehā to lead the agency in the local market.

Patel has been managing director of DDB Sydney since 2018 and had more than 14 years’ agency experience in the UK before moving to Australia in 2017.

She has worked across numerous blue-chip clients, including Westpac, Coles, McDonald’s, Volkswagen and J&J.

“From my unique vantage point, I get to see the talent that we have in 200 different offices around the world,” O’Halloran tells the Herald.

“My preference was also to find someone within the network and Priya has definitely been one of the rising stars.

“[DDB Aotearoa] is one of the flagship agencies in the network and one that I’ve helped build for the last 30 years, so handing the mantle over to Priya is just such a logical move.”

Elite academic credentials aren’t usually associated with the marketing industry, which recently prompted consternation among prominent academics, responding to a series of online posts questioning whether you even need official qualifications to work in advertising.

Patel laughs when asked how it is that someone who crossed the hallowed lawns at Oxford University would choose to walk into an industry where the letters PhD aren’t exactly revered.

“I think the thing about the advertising pitch for me was that it blended the really different set of skills. This idea of connecting with humans, using creativity, but also driving commercial outcomes was really appealing. I think the worlds of banking or wealth management consultancy in comparison, to me, seemed quite one-dimensional and a bit staid.”

The reference to management consultancies is timely, given the recent departure of DDB’s top executives to Accenture Interactive.

This marked the first real sign in the local market that the major consulting firms were bent on moving into the space long occupied by advertising agencies.

Accenture Interactive has quickly grown into the biggest digital agency in the world and developments both here and abroad have drawn new lines in the battle for creative accounts, talent and marketing strategy services.

But Patel isn’t intimidated by the prospect of going head-to-head with agencies owned by management consultancies. It is, after all, something she’s been doing in Sydney since Accenture acquired The Monkeys in 2017.

“In Australia, it’s been just like competing with another agency,” she says.

“It’s not something we worry about. We’ve been operating with The Monkeys here and we’ve easily out-performed them in new business over the last few years.

“I think there’s a lot of hype around what consultancies offer, but I think the focus and the difference lies in the philosophy.

“We believe creativity is the most powerful force in business. And we work with clients that buy into that philosophy and believe it’s going to drive their business results. So I think for us, we don’t want it to be more like a management consultancy.

“We embrace the digital and data transformation possibility, but we believe in creativity. And I think that is what sets us apart.”

On the topic of creativity, one of the first questions Patel will need to answer is whether to appoint a replacement for chief creative officer Damon Stapleton.

She is, however, not in a rush to bring in anyone new, saying current executive creative director Gary Steele is equal to the task of leading the creative team.

“Gary Steele is an exceptional creative leader, and there are another 80 amazing creative people in that department. And my immediate focus is to ensure continuity for our New Zealand business and clients.”

Patel’s arrival comes at a turning point for the industry, in that two of the four biggest creative agencies in the country will now be run by women. This latest appointment follows Angela Watson being announced as the first female boss of Colenso BBDO.

The responsibility and pressure that comes with breaking through that glass ceiling aren’t lost on Patel.

“I think life is about putting yourself out of your comfort zone. That’s how you thrive. I accept the spotlight being on me, even though it doesn’t make me feel hugely comfortable,” she says.

“I will lean into that and just continue to do what I’ve always done, which is try to do my job really well.

“Everything else around it is just noise.”

Patel’s appointment isn’t only important for women in the industry. It will also serve as an example of New Zealand’s increasingly diverse population, which continues to see advertising as an industry dominated largely by white executives.

A 2019 industry survey conducted by the Communications Council showed that 71 per cent of staff working in advertising identified as New Zealand European, 6 per cent as Māori, 5 per cent as Indian, 5 per cent as Chinese and 3 per cent as Pasifika.

“I recognise the importance of having someone different in a position of leadership because it creates a pathway of possibility for people,” says Patel.

“They look at it and they see that maybe it could be them, in a way that they perhaps can’t see currently. For anyone who gets into that kind of position, they have a responsibility to try and improve the situation for generations to come.”

Patel pushes further, making the point that the story doesn’t stop with her.

“I’ve always believed in trying to create the most diverse workforce you can.

“For me, that means it should be representative of the population. That’s the best kind of cultural environment that you can create. So that’s always my agenda: how do we make sure that the makeup of our agency is reflective of the makeup of the people we’re trying to connect with?”

Travel bubble permitting, Patel will arrive in Auckland early next week, commencing what is certain to be an entirely new era for one of the most famous names in New Zealand advertising.