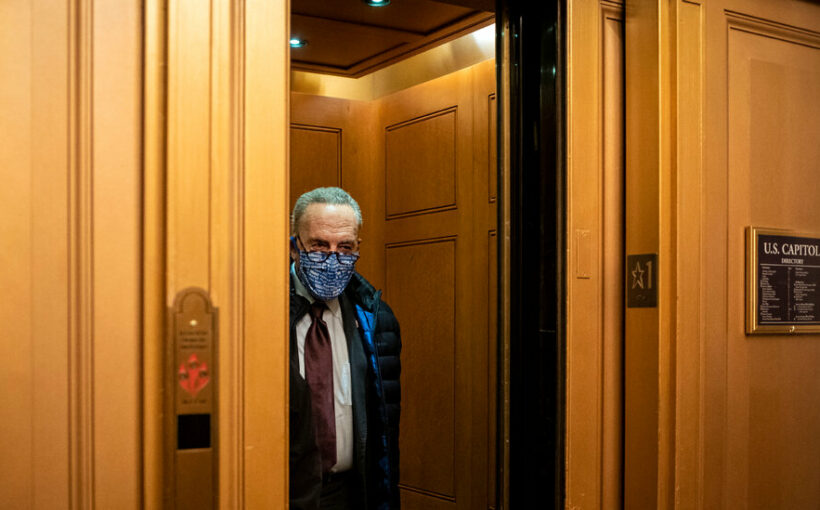 Senate Democrats plan to prioritize a bill containing more Covid relief, including additional $1,400 payments to many Americans and money to accelerate vaccine deployment, as their “first order of legislative business” when they assume control of the chamber.

The priorities, which Senator Chuck Schumer of New York, the incoming majority leader, outlined in a letter to colleagues on Tuesday, echo many of the policies that President-elect Joseph R. Biden Jr. has signaled he will officially unveil on Thursday.

The president-elect has said repeatedly in recent days that he will push Congress to pass an additional pandemic relief bill meant to boost the flagging economic recovery and to accelerate efforts to deploy vaccine doses. In a call with Mr. Schumer and Speaker Nancy Pelosi on Friday, Mr. Biden stressed the need for “immediate economic relief for families and small businesses, funding for Covid-19 response, including vaccinations, testing, school reopening, and state and local frontline workers,” according to a readout from the Biden transition team.

“We have an opportunity to work with our House colleagues and a new administration to defeat the virus, provide the relief the American people need, and reunite the country,” he said.

Mr. Schumer said the immediate relief bill would contain the additional money, on top of $600 individual payments Congress approved last month, to fulfill the promise of $2,000 payments that Mr. Biden made to voters in Georgia’s runoff elections this month: “We will get that done.”

He also said it would contain money for vaccine distribution, schools, small businesses and assistance for state and local governments, which was left out of the last Covid package in a dispute with Republicans. Mr. Schumer said senators would also prepare broader legislation to address climate change, infrastructure, manufacturing, immigration, criminal justice, inequality and elections.

Democrats will control the Senate by the narrowest of margins — it will be split 50-50, with Vice President-elect Kamala Harris holding the ability to break any ties. Mr. Schumer said Democrats would look to work with Republicans on legislation “when and where we can” but offered a warning to the other party: “If our Republican colleagues decide not to partner with us in our efforts to address these issues, we will not let that stop progress.”