Home » Business » Americans angry they may no longer qualify for $1,400 stimulus checks, say it feels like a 'targeted attack' on middle class 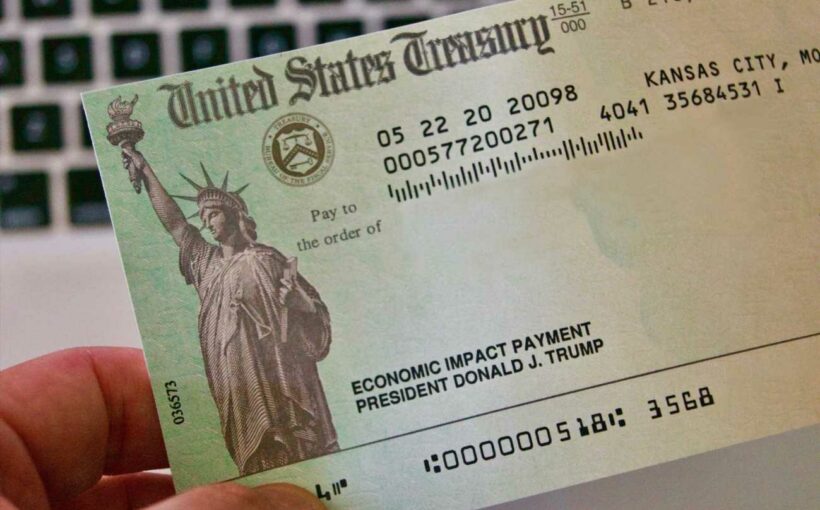 Though she has kept her job as an executive assistant throughout the pandemic, Marie, who asked to be identified by her middle name to protect her privacy, says her budget has still been stretched thin.

The mother-of-two's employer reduced her salary by 15%, she no longer picks up extra income as a part-time Uber driver due to safety concerns, and she had to pay for her son's daycare to keep his spot despite the fact that he was at home with her at the beginning of the pandemic. She's accrued around $4,000 in debt over the course of the pandemic and is currently two months late on daycare payments.

Now, with the news that Congress is considering lowering the income eligibility threshold for the third round of stimulus payments from $75,000 to $50,000 for individuals and from $150,000 for married couples to $100,000, Marie's money worries are compounding. She is "terrified" that she will no longer qualify because she earned around $60,000 in 2019. (The Washington Post reported that heads of household earning up to $75,000 would still qualify for the full $1,400 payments under the new thresholds.)

"I was banking on that money," says Marie, who lives in Maryland. "The fact that they're changing it and setting this strict cutoff is totally unreasonable for anybody who lives in a high-cost-of-living area. It's wrong."

She is one of dozens of people who reached out to CNBC Make It to express frustration about the possible change to eligibility for the $1,400 payment. Many, like Marie, say Democrats would be reneging on their campaign promise to provide $2,000 in direct relief payments to struggling Americans if they send them to fewer people.

"Taking money away from people after you've promised it to them is not the way to start," says Marie, referring to the fact that Democrats now control the White House, House of Representatives and Senate. "I think this is a horrible plan that threatens security to many people."

The debate over targeting payments

Brian Jensvold feels similarly. The 32-year-old makes just over $60,000 per year as an IT specialist in Oregon. He also rents out two bedrooms in his home, and, before Covid, occasionally worked as a ride-share driver for extra income. During the pandemic, he lost his tenants for a few months when they could no longer afford rent and he stopped driving part-time due to safety concerns.

Jensvold says it is "short-sighted" for politicians to base stimulus check eligibility off of 2019 income when millions of lives changed dramatically in 2020. It would be better if some people who don't need the money got a payment, rather than for those who do need it to be left out completely, he says.

If Congress is going to change eligibility, he believes they should base the payments on 2020 income. (At the moment, it's not clear what year Congress will base the payments on. The first two used 2019 income, but those who would have qualified based on 2020 can claim a credit on their upcoming tax returns.)

"It almost feels like a targeted attack to those of us in the middle," he says.

Democrats are reportedly "splintered" over whether to lower the income eligibility thresholds, according to The Washington Post. More moderate lawmakers like Sen. Joe Manchin, D-W.V., argue lowering the income limits would prevent wealthy families from getting money they don't need. But other Democrats say that a $50,000 limit for individuals and $100,000 for couples is too low and would exclude many households that desperately need the money.

White House Press Secretary Jen Psaki said Monday that negotiations about the relief package are still ongoing, and that no decision had been made on the income eligibility issue for the stimulus payments.

Cheryl Carpenter, a 72-year-old Illinois resident, is claimed as an adult dependent on her daughter's taxes, and did not qualify for the first two checks. She tells CNBC Make It that she was "so excited and so happy" when President Joe Biden proposed including all dependents in the third round. But with the income limits, she worries her entire family will now be left out.

"I thought, 'Oh wow, here's a chance for me to stock up on my groceries and get a few extra things for myself and not have to be pinching every penny to do it,'" says Carpenter. "I'm not asking for the world, I just thought I was going to have a little extra money."

Check out: Fewer people may qualify for the $1,400 stimulus payments. Here's why

Don't miss: The best credit cards for building credit of 2021