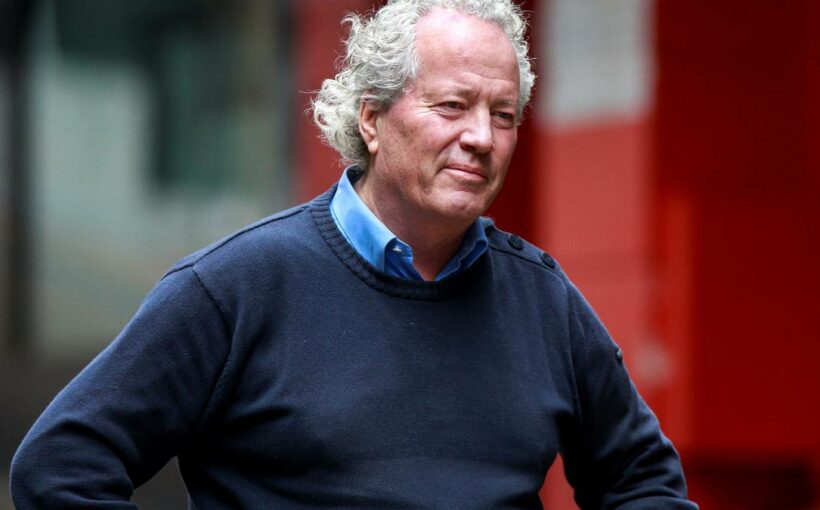 Mark Dunphy has promised to put up $20 million of his own money to keep the next America’s Cup in New Zealand, but still sees a $40m shortfall which may need government cash.

Dunphy, the chairman of Greymouth Petroleum, has offered to provide short-term funding to Team New Zealand of up to $5m, if it was on the condition that the 37th America’s Cup were to be held in Auckland.

Team New Zealand chief executive Grant Dalton has previously claimed that to put on a credible defence of the cup it needs to be held overseas.

On Saturday, Team New Zealand said Dunphy had not answered a list of questions about his interest, adding that the $5m was a loan, which it did not need.

Now a letter from Dunphy to Team New Zealand has emerged, providing the outline of what Dunphy believes is the shortfall needed to defend the cup in Auckland.

The letter, sent to Team New Zealand director Robert Field and Royal New Zealand Yacht Squadron commodore Aaron Young on September 14, was based on the assumption that the Government’s offer of $31m cash towards the defence stood.

Dunphy said he had received advice from Team New Zealand that this left a shortfall of $80m to continue to hold the next America’s Cup in Auckland.

“I am proposing those funds be obtained from a combination of private and public sources,” Dunphy wrote.

He believed “at least” $40m would be available from private sources.

“My personal private interests and my associates will commit $20 million,” Dunphy added.

“The balance will be sourced by reconnecting with current and past donors, members, contributors, and [Team New Zealand] shareholders.”

One significant past donor had indicated they would support again, but”that party, and other donor parties, require anonymity”.

The letter suggests a remaining shortfall of up to $40m.

“I propose that gap be bridged with a combination of further private and government funding. The Government has a significant sunk investment in the Cup facilities and infrastructure in Auckland and, because of the pandemic, wasn’t able to achieve a return on that funding with the 2021 event. A 2024 defence would remedy that, as well as showcasing New Zealand’s return to the world stage post Covid-19.”

Before the letter became public, Team New Zealand not only questioned whether the Government would be prepared to fund the defence if the identities of the donors were not public and characterised the short term funding offer from Dunphy as a loan.
Team New Zealand “does not require a loan”, the syndicate said in a statement.

Dunphy’s letter confirms it would be structured as a loan, however against the $20m he was putting up towards the defence. In an interview, Dunphy told the Herald it would be extended on the basis that talks would be held to keep the event in Auckland.

Team New Zealand said on Monday that Dunphy had not yet responded to its request to provide detailed financial terms or who was behind the funding.

“These remain unanswered in his letters. All that has been is a collection of wishful ideas that do not constitute commercial terms.”

It said Dunphy’s statement on the shortfall assumed that someone else would provide the roughly $10m required for chaseboats.

Team New Zealand said there were “far more important priorities” for the Government.

“ETNZ has always said they regarded the Govt offer as fair and reasonable given the times we are in, and maintain this view,” Team New Zealand said in a statement.

Team New Zealand released to the Herald a letter from its chief executive Grant Dalton to Dunphy.

Dalton told Dunphy not to write to Field. “Your enquires are to be addressed to me as Interim Chair and CEO of Emirates Team New Zealand,” Dalton wrote.

He also indicated that the Royal New Zealand Yacht Squadron would not take part in the talks.

“Similarly [commodore] Aaron Young has advised that the RNZYS has no role to play in any negotiations that may or may not eventuate and all enquires are to be directed to myself. I will then distribute accordingly.”

Dalton said he had written to Dunphy on September 16 informing him that was aware of “offshore lobbyists that are actively campaigning against the bids and request confirmation that neither yourself or your backers are connected to these lobbying efforts. To date I have received no answer.”

Dunphy’s letter said that none of the prospective donors was associated with any of the teams challenging for the America’s Cup, but Dalton wanted more details.

The questions appear to suggest Dunphy may have been seeking support of several powerful business figures who have been involved in earlier campaigns for the America’s Cup.

“Can you confirm that none of the prospective donors currently have or have previously had … at any time an association not only with a team ( either that intends entering, is investigating entering or has in fact been an entrant since the Cup left NZ in 2003) or could be considered as third party conduits for a team, its major sponsor or indeed its Principal.”

He also wanted to know “the nature of conversations that you or your associates may have haddirectly or via third parties with [Oracle founder] Larry Ellison, [former Alinghi principal]Ernesto Bertarelli or [Prada chief executive] Patrizio Bertelli.”

He also asked for clarifications of the nature of any conversations Dunphy has had with “to solicit the support of the [New York Yacht Club] and who those approaches may have been through.”