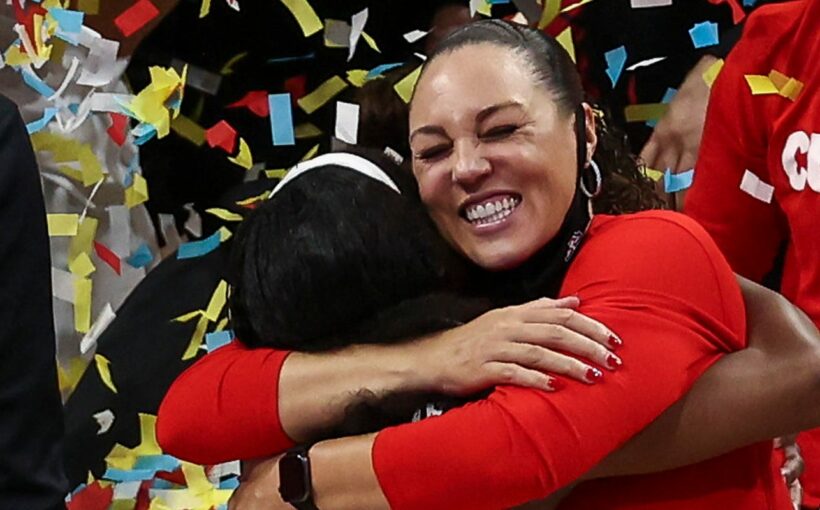 Turns out, Bill Walton was right — the Pac-12 really is the best conference in the country.

Of course, he meant it about the men, sure — and he might still be right in that regard — but let’s be clear: that distinction belongs to the women, too.

Stanford, meanwhile, has gone 13 times, including five in a row from 2008-2012. The Cardinal plays for its 14th trip Tuesday when it meets Louisville in the Elite Eight.

Arizona coach Adia Barnes has long been familiar with what Walton calls “The Conference of Champions.” She played at Arizona from 1994-98 and worked as an assistant at Washington from 2011 to 2016 (helping the Huskies to the 2016 Final Four) before heading to the desert to lead her alma mater.

Multiple people told her it was a bad job and she shouldn’t take it. Instead, she trusted her gut and took a chance. Then she surrounded herself with a group of athletes — led by Pac-12 player of the year Aari McDonald — who believed in what she sold. The result is another week in San Antonio and a chance to play for the national championship.

“The Pac-12 is doing awesome!” said Stanford coach Tara VanDeerver after her team’s Sweet 16 win. “I think the West Coast is representing really well. And I’m really excited about how the Pac-12 is doing in both men’s and women’s basketball.”

The last few seasons, the Pac-12 widely was considered the top conference in women’s basketball. Before the postseason was canceled last year, Oregon and triple-double record-setter Sabrina Ionescu were a popular pick to win the 2020 national championship. The conference has built itself into a powerhouse by doing a few things correctly.

OPINION:  Foul or no foul, Baylor-UConn should have met in women's final