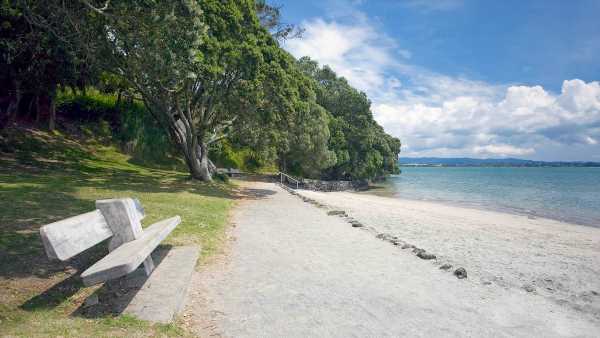 Holiday accommodation booking giant Bachcare is changing how it works including introducing a new fee-based system to pay about 100 property managers.

Instead of paying the managers commissions, they would from October 1 be on a new fee system, he indicated. Bachcare is owned by UK-based Sykes Holiday Cottages, a rental management company owned by private equity firm Vitruvian Partners.

“The new model from October 1 will remove this and move to a task-based payment structure. This will ensure all independent contractors are paid for each service they provide to us,” Clews said.

But a holiday homeowner and contractor feared incomes would be cut and guests wouldn’t get such a personalised meet-and-greet experience when the new regime is due to come in.

Clews said changes were being made for good reasons.

“The changes are specifically designed to streamline processes and create efficiencies and a more consistent customer service rather than a cost-saving exercise,” he said.

Guests wanted better service, so an 0800 number would support them during their stays, Clews said.

“Independent contractors wanted to reduce the administration time required of them.”

The pandemic and last year’s lockdowns had meant guests could not be met personally, he added.

“Since Covid and the advent of social distancing, we have not required meet and greets with guests, to ensure the safety of both our independent contractors and our guests. Guests have also given clear feedback that they prefer to not be met and instead to start their holiday. We have seen an increase in guest service score since we removed the meet and greet requirement,” Clews said.

“Bachcare is growing rapidly throughout the regions. The change to the current model is designed to allow the company and its contractors to continue to grow their respective businesses.

“Under the new programme, customers will now have access to a centralised, after-hours guest services support helpline during their stays, with an average response time of around eight seconds,” Clews said.

All existing independent contractors had been offered new contracts for services “as an upgrade to our business model”, he said.

But one holiday homeowner is considering withdrawing from Bachcare because she fears a less personalised service. This wasn’t why she had signed up for the service, she said.

Why, she asked, would she continue to use Bachcare when she could buy her own lockbox, meet and greet guests, employ a cleaner and answer questions directly via phone?

“Between now and October, they plan to write a manual with all the questions that could be asked,” she said, doubting this could be achieved or that it would fulfil the aim of responding fully to guest needs.

She praised her property manager who meets guests and deals with questions, saying she had been happy to pay Bachcare 20 per cent of rental income for services provided.

“I’m thinking of pulling out. I want all owners and contractors to know of these changes and speak out against them. There’s a lot at stake. Some properties make over $60,000 a year,” she said.

Clews said: “We will be working over the next few months to ensure all in-house collateral is up to date, and guests have easy access to clear contact information to call our centralised guest service line if they need to.”

The Herald has previously reported how Bachcare manages about 2000 properties across the country, with more than 150,000 customers per year.

A contractor said incomes would diminish for workers like him and lower-quality services would be offered under the proposed changes.

Last week, the Herald reported new figures from Bachcare which show last-minute domestic bookings had quickly offset gaps left by Australian tourists unable to travel to this country because of travel bubble pauses.

According to the data Queenstown and Wanaka had reached 90 per cent capacity and Arrowtown is at 88 per cent, as domestic interest in skiing during the school holidays surges.