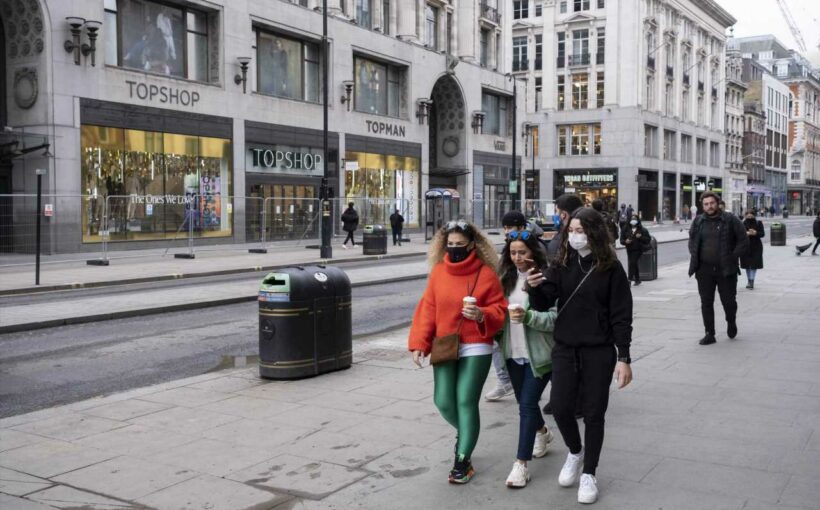 LONDON — The Bank of England on Thursday said the U.K. economy is on track for a stronger economic recovery than it previously expected, underpinned by the country's comparatively quick Covid-19 vaccination campaign.

The BOE upgraded its 2021 growth outlook for the world's fifth-largest economy to 7.25%, slightly above analyst expectations and up from 5% as forecast in February.

It follows a drop in first-quarter U.K. GDP of 1.5% — shallower than expected — and as restrictions on economic activity ease and Covid infections in the U.K. continue to decline.

The U.K. economy contracted 10% in 2020 — the worst annual performance in more than three centuries. It was more severe when compared to most other European economies, partly due to a slower move to implement strict public health measures to curb the spread of the coronavirus.

Andrew Haldane, chief economist at the BOE, voted against this proposal, preferring to lower the size of the program. Haldane is leaving the central bank later this year to become chief executive of the Royal Society for Arts, Manufactures and Commerce.

It means the central bank's main lending rate remains at an all-time low of 0.1% and its target stock of asset purchases is left unchanged at £895 billion ($1.2 trillion). The central bank said the pace of its government bond purchases "could now be slowed somewhat," but cautioned this was "as envisaged" in the announcement of the program in November last year.

"The expected completion point of the purchase programme remained unchanged. This operational decision should not be interpreted as a change in the stance of monetary policy," the BOE said in its report.

On inflation, the BOE said it expects the consumer prices index to temporarily climb above its 2% target toward the end of this year, predominantly driven by developments in commodity prices.

It sees inflation returning to around 2% over the medium term.

The BOE's brighter economic forecast comes as the country gradually emerges from lockdown and more people are vaccinated against Covid.

The government's latest data showed more than 50.6 million Covid shots have been given in the U.K. so far, with nearly 35 million first doses and 15.8 million second doses administered.

Ahead of the announcement, analysts at Deutsche Bank said they expected it to be "a very close call" on whether the bank decided to pull the trigger on tapering the pace of asset purchases.

Sanjay Raja, senior U.K. economist at Deutsche Bank, said in a research note that a decision on tapering would most likely come at the bank's June meeting, adding this would "align nicely" with social restrictions lifting on June 21.

Investors were seen to be upbeat on the U.K.'s improving economic outlook. The U.K.'s FTSE 100 gained 1.8% in the previous session to register its best daily performance since mid-February. The share index was last seen trading around 0.1% higher on Thursday.

Fabrice Montagne, chief U.K. economist at Barclays, told CNBC's "Street Signs Europe" on Thursday that the BOE was "already one of the most optimistic" central banks even before raising its economic outlook.

The BOE's February forecast was at the higher end of the consensus range, Montagne said, and an increase to its projections now "runs the risk of sounding excessively hawkish and possibly calling for early hikes."