Home » Business » Bank of England to be first major bank to hike rates, probably in December – economists polled by Reuters 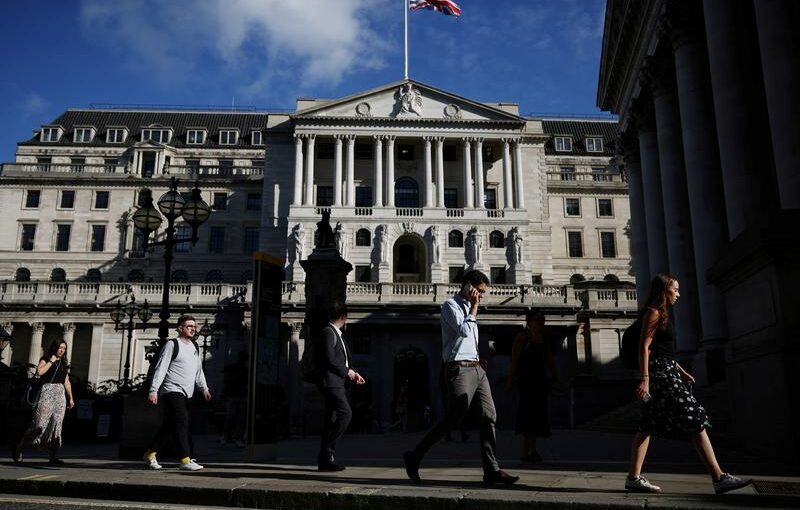 LONDON (Reuters) – The Bank of England will be the first major central bank to raise interest rates but whether that initial increase comes as soon as next month or if it waits until early next year has divided economists polled by Reuters.

Britain’s central bank surprised markets – but not a majority of the economists Reuters surveyed in October – by leaving Bank Rate unchanged at a record low of 0.10% last week.

While the median forecast in the Nov. 8-12 poll was for a 15 basis point increase on Dec. 16, just under half of those polled, 21 of 47, said the Bank would hold firm. If it does act next month it would be its first December hike since 1994.

“The meeting in December is now clearly ‘live’. Particularly important for the MPC will be the two upcoming labour market releases,” said Marchel Alexandrovich at Jefferies.

“If both are decent, the majority of the MPC could well be minded to increase Bank Rate by 15 basis points in December. However, if the December report is on the soft side, then it would clearly be more prudent for the decision on rates to be delayed until February.”

Markets have also largely priced in a December rise.

While economists’ forecasts for a December increase were on a knife edge, a rise in the first quarter of 2022 appears baked in, most likely in February when the Bank publishes its quarterly Monetary Policy Report. All but one of 44 economists are forecasting an increase by the end of March.

Following that first rise to 0.25% next month, medians showed the Bank adding another 25 basis points in the second quarter before pausing until the beginning of 2023 when it will take borrowing costs to 0.75%. In October, that third increase was pencilled in for the latter half of 2023.

Britain’s economic recovery from the coronavirus pandemic lagged behind that of other rich nations last quarter. Official data on Thursday showed GDP growth of 1.3%, the weakest three-month growth since the country was under lockdown in early 2021.

The country faces the additional headache of Brexit which has further exacerbated supply chain issues caused by the pandemic.

“It remains difficult to disentangle the impact of the pandemic from Brexit, which will become clearer through time. But the relative weakness in business investment and trade likely reflects some impact from the new trading relationship,” said Allan Monks at JP Morgan.

Growth in this quarter and next was put at 1.0% and 0.8% respectively, both weaker than predicted last month. Across 2022 growth was forecast at 5.0% and in 2023 at 2.1%, unchanged from last month. The economy was expected to be back to pre-COVID levels by the end of March, almost 75% of respondents said.

But while weaker growth would likely stay the BoE’s hand, inflation forecasts have increased dramatically and will remain more than double the Bank’s 2.0% target for a longer period.

BoE Governor Andrew Bailey said last week the Bank would act if it sees expectations of higher inflation pushing up wages, having previously said it would have to act to contain inflation expectations.

Unemployment levels were seen pretty stable, peaking early next year at 5.0% before drifting down to 4.6%, giving some comfort to policymakers who are debating whether or not to raise rates.

“I think they should. The labour data are quite strong,” said Brian Hilliard at Societe Generale, who expects a December increase.