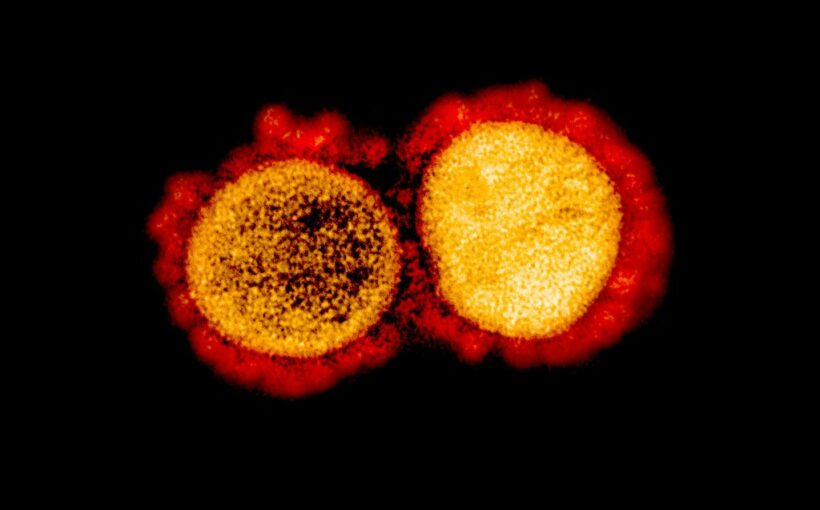 Estimates released by the Centers for Disease Control and Prevention today indicate that the share of cases tied to Omicron variants BA.4 and BA.5 increased 79% in the past week. That means, even as the more transmissible BA.2.12.1 Omicron subvariant became officially dominant in the U.S. last week, it’s already being pushed out by newcomers BA.4 and BA.5. The result would seem to be overlapping waves of Omicron.

While BA.2.12.1 gained an advantage by being more transmissible than BA.2 before it, the two newer variants are said to be making inroads at least in part because of their abilities to reinfect.

“We now report findings from a systematic antigenic analysis of these surging Omicron subvariants,” says a recent paper published to the BioRxiv preprint server. “BA.2.12.1 is only modestly (1.8-fold) more resistant to sera from vaccinated and boosted individuals than BA.2. On the other hand, BA.4/5 is substantially (4.2-fold) more resistant and thus more likely to lead to vaccine breakthrough infections.”

The result has been what epidemiologist and biostatistician Dr. Katelyn Jetelina — who blogs under the moniker Your Local Epidemiologist — calls the “battle of Omicron.”

“After our first massive BA.1 wave,” Dr. Jetelina wrote today in her email newsletter, “BA.2 tried to take hold only to be overtaken by BA.2.12.1. Now, BA.4 and BA.5 are gaining traction very quickly and seem to be easily outcompeting the rest. Given recent lab studies, though, this isn’t a surprise. BA.4/5 are particularly good at escaping antibodies and reinfecting people previously infected with Omicron, as well as boosted individuals.”

The CDC data released today show BA.4 and BA.5, which are folded into the B.1.1.529 designation but likely make up the vast majority of the new cases in that grouping, still with a modest 6.1% share of new cases analyzed at the end of last week. Compare that to 59% for BA.2.12.1 and 6.1% doesn’t seem like much, but the fact that BA.4 and BA.5 are making inroads at all is remarkable. 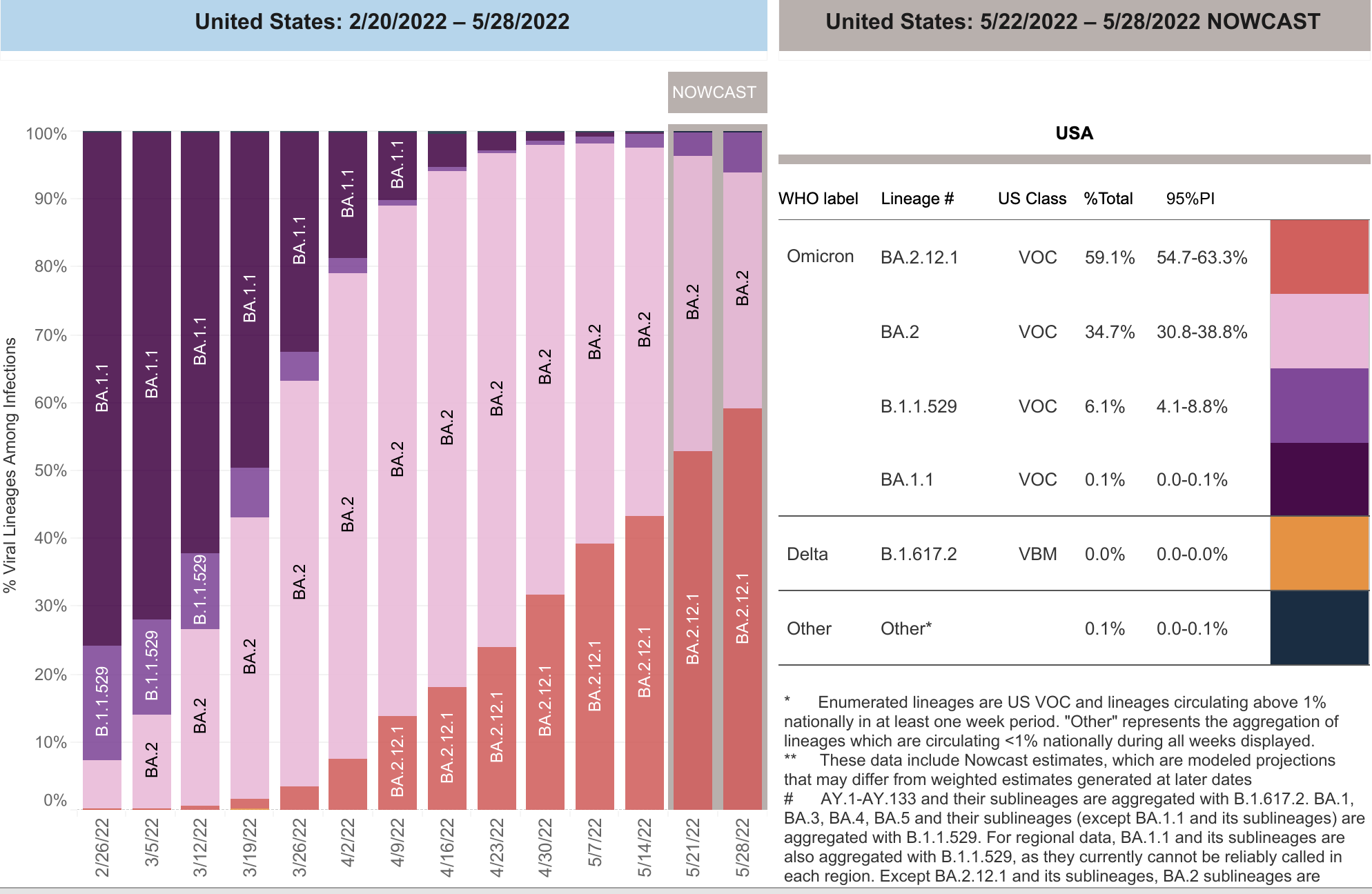 Like BA.2.12.1 before them, the new Omicron strains have taken root more rapidly some parts of the U.S. than others. While BA.2.12.1 spread quickly first the Northeast, it’s now the Midwest — specifically Iowa, Kansas, Nebraska and Missouri — that are feeling the brunt of BA.4 and BA.5.

While the national share of cases attributed those variants is 6.1% this week, in that four-state region it’s 12.4%. The area seeing the smallest share of the new strains is the region of the Northeast that’s been hit hardest by BA.2.12.1: New York, New Jersey and Connecticut. 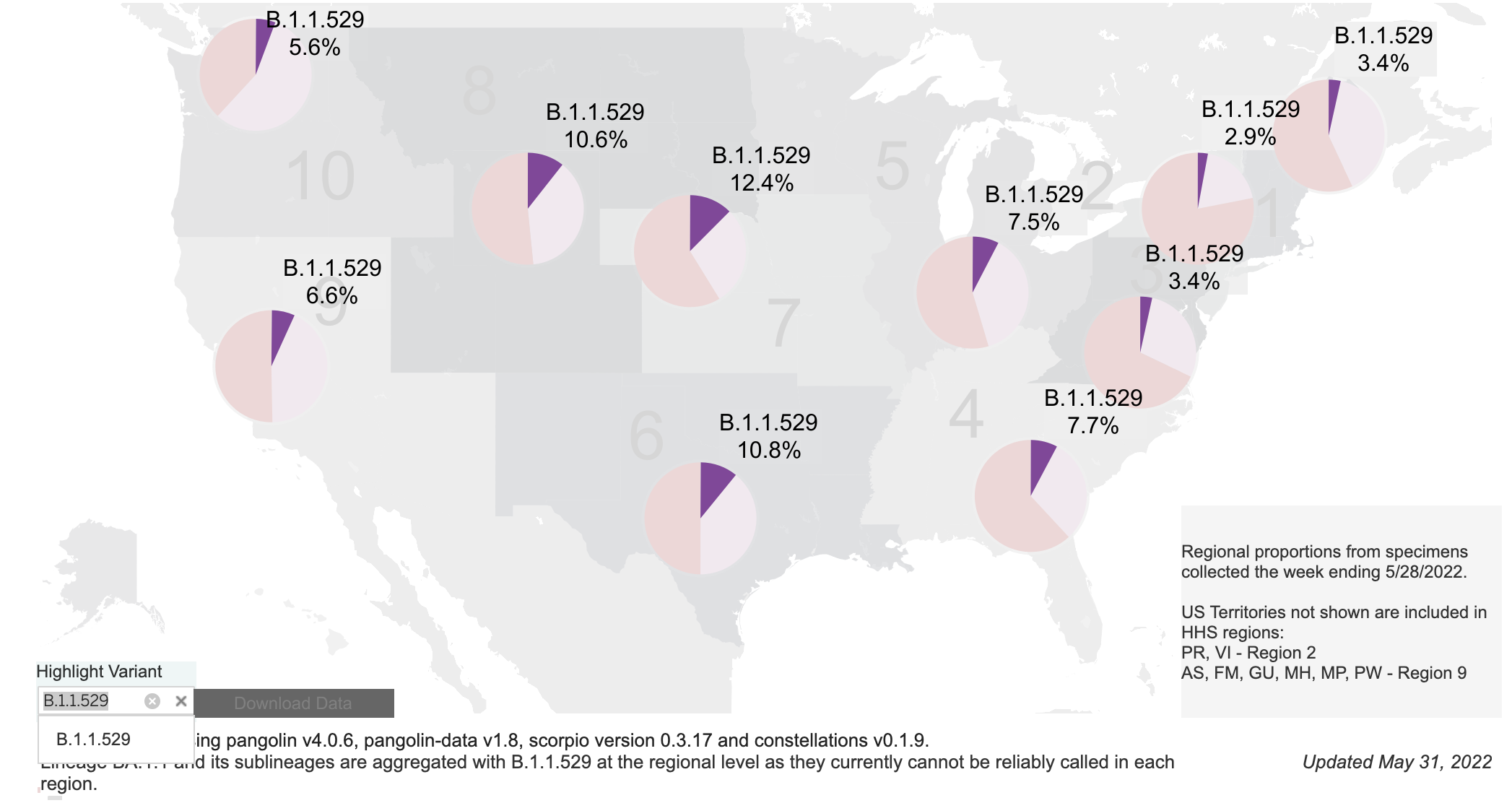 “Once BA.4/5 account for the majority of cases in the U.S., we should expect another (or extended) case surge,” wrote Dr. Jetelina this week. So as the BA.2.12.1 wave seems to be cresting, with a 7-day national average 106,000 new cases on May 21 per the CDC and hospitalizations potentially peaking this week, a new wave is building right behind it, which likely means a much higher trough after BA.2.12.1 and a rise from there.

BA.4 was first identified on January 10, 2022 in cases sequenced in South Africa, per Outbreak.info. That country was likewise the first to identify BA.5 on February 26. It took some time for the new variants to take hold, with daily recorded cases in South Africa averaging about 12,000 through early April.

BA.2 — including BA.2.12.1 — accounted for nearly all of South Africa’s daily cases at the end of February. By the end of April, however, BA.4 and BA.5 were found in 90% of all positive test samples analyzed in that nation. Of those, 70% were BA.4 and 22% were BA.5, according to CovSpectrum.org which sources data from GSAID.

In Europe, the South African variants have hit Portugal hard. They were first detected in that nation the week of April 3. In the roughly eight weeks since then, BA.5 has come to account for 87% of new cases, the country’s National Institute of Health reported today.

Why BA.4 came to dominate in South Africa and BA.5 took over in Portugal is still an open question. For an overview of how each of those variants have fared in different countries, click here.

In the U.S., it’s hard to tell which will win out. It’s still early days and many variant trackers do not break them out separately. In fact, as lab testing becomes less prevalent and local surveillance budgets are cut, it’s increasingly difficult to detect new strains.

California, for instance, doesn’t even separate the newer Omicron variants from the older ones. Instead, its reporting page lumps them all in together under the heading “Omicron,” and that category has completely dominated the chart since January 20, offering little new data. But there are some hints.

The the California Department of Public Health confirmed to the Los Angeles Times that one case of BA.4 was identified in March and one case of BA.5 was documented in April.

When contacted by Deadline last week, California’s public health department said in a statement, “CDPH is not currently producing internal growth or variant proportion estimates for BA.4 or BA.5 due to their relative rarity at the moment and the high number of circulating subvariants in competition with BA.4 and BA.5.”

But the CDC data reported today puts the share of those variants in the category “B.1.1.529” at 6.6% (see map above). While still proportionally small as a share of the whole, the category is up an eye-popping 440%.

News reports have BA.4 and BA.5 showing up around the state in the Bay Area last week. A cluster of potential cases was also identified recently in Yolo County, near Sacramento. Los Angeles Public Health Director Barbara Ferrer said earlier this month that they had been identified in L.A., as well. So while the state doesn’t have the data on these variants, local health officials do have some visibility into their spread, and the evidence seems to point to increasingly rapid, overlapping waves of new variants.

As Ferrer said on Tuesday, “Within weeks of one variant of concern dominating, there are reports from other parts of the country or other parts of the world of other either subtypes or different strains, and this has been especially true with Omicron.” 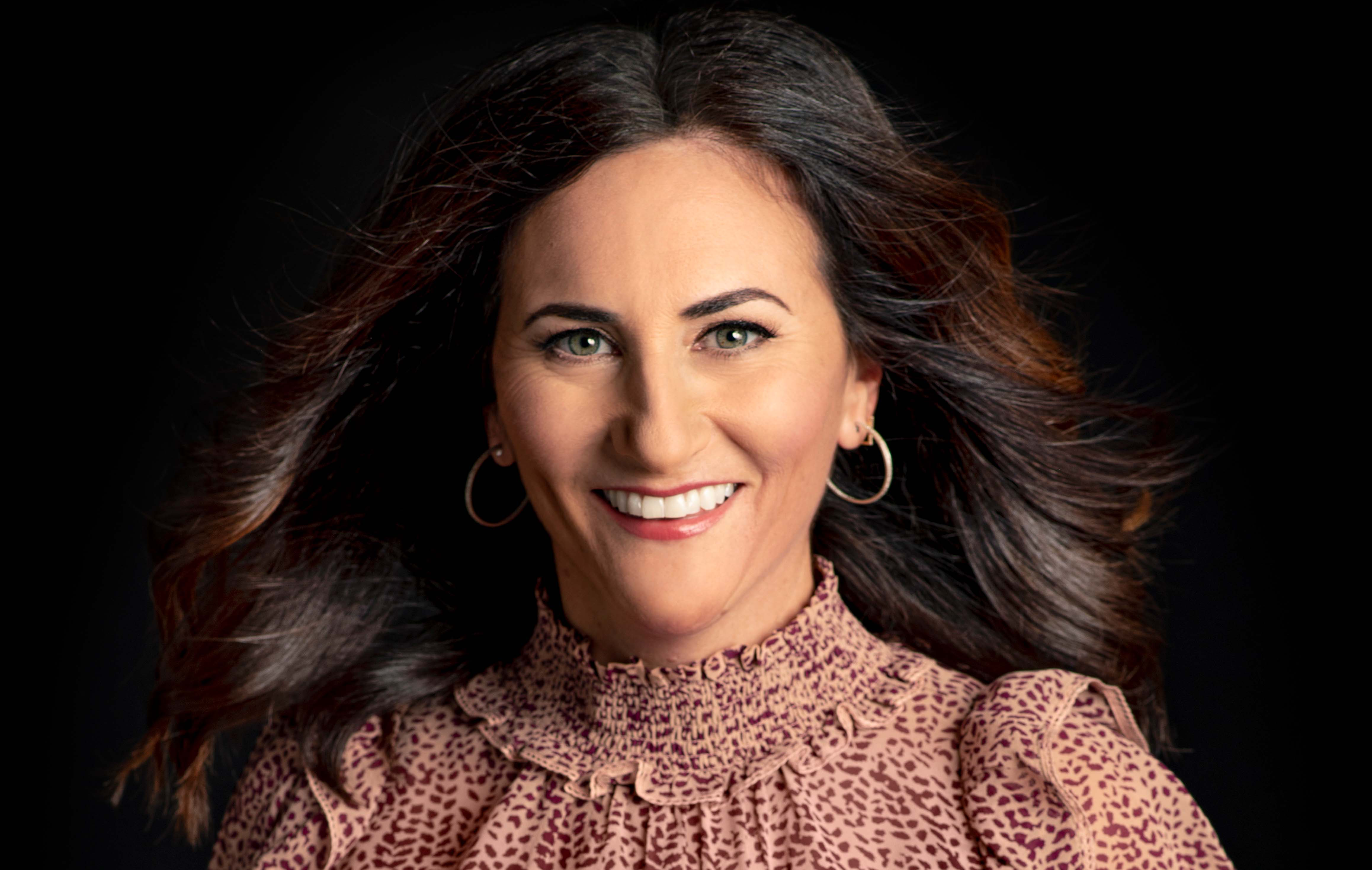